NFL Survey Series #3 - Which NFL Team Has the Best Atmosphere?

There’s so much that makes the NFL the most exciting league in the country. Seeing players’ peak performances, the hugs and cheers as your team scores a touchdown, and the snacks you can only get at your stadium! 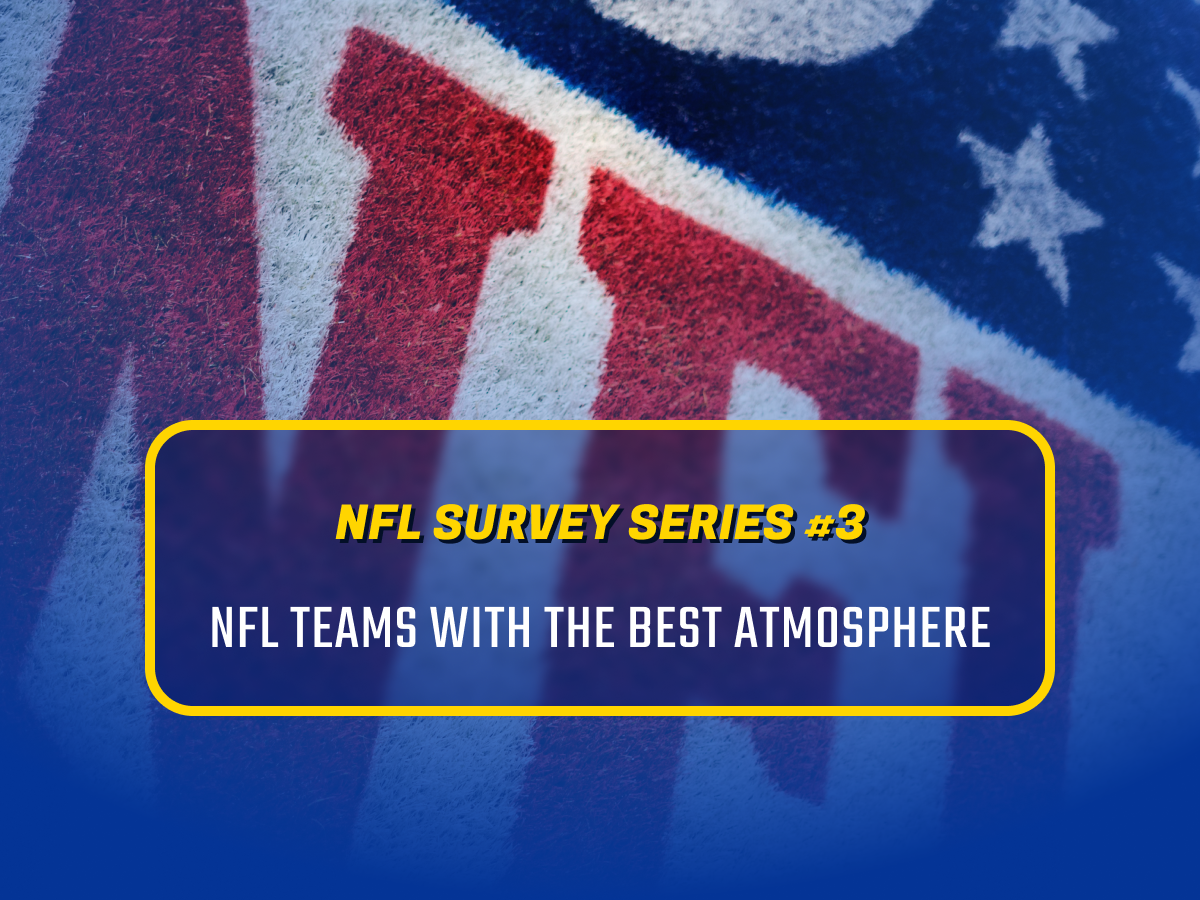 According to the supporters we surveyed, it’s the Dallas Cowboys who are the best crowd to face up against.

They got over 10% of the positive votes, with just over one in 10 of the respondents naming the Cowboy’s home as the best team atmosphere across the 32 NFL stadiums. This is good news for anybody visiting the AT&T stadium in Arlington for upcoming games against the Cowboys!

One of the most modern stadiums in football and costing $1.3bn, the arena, which turned 13 years old earlier in 2022, is one of the most dramatic venues in sports, also hosting huge boxing and MMA events.

Following them were the Green Bay Packers, who are the only franchise whose shares can be purchased by fans themselves.

Some say that gives the Packers’ supporters that extra dedication to the team, which would make sense if they feel like they are literally a part of their team.

With the season ticket-waiting list standing at a reported 30 years, Lambeau Field in Wisconsin really is one of the most special theatres in sports.

Below you can find the top half of NFL atmospheres, as voted for by the best judges – football fans themselves! 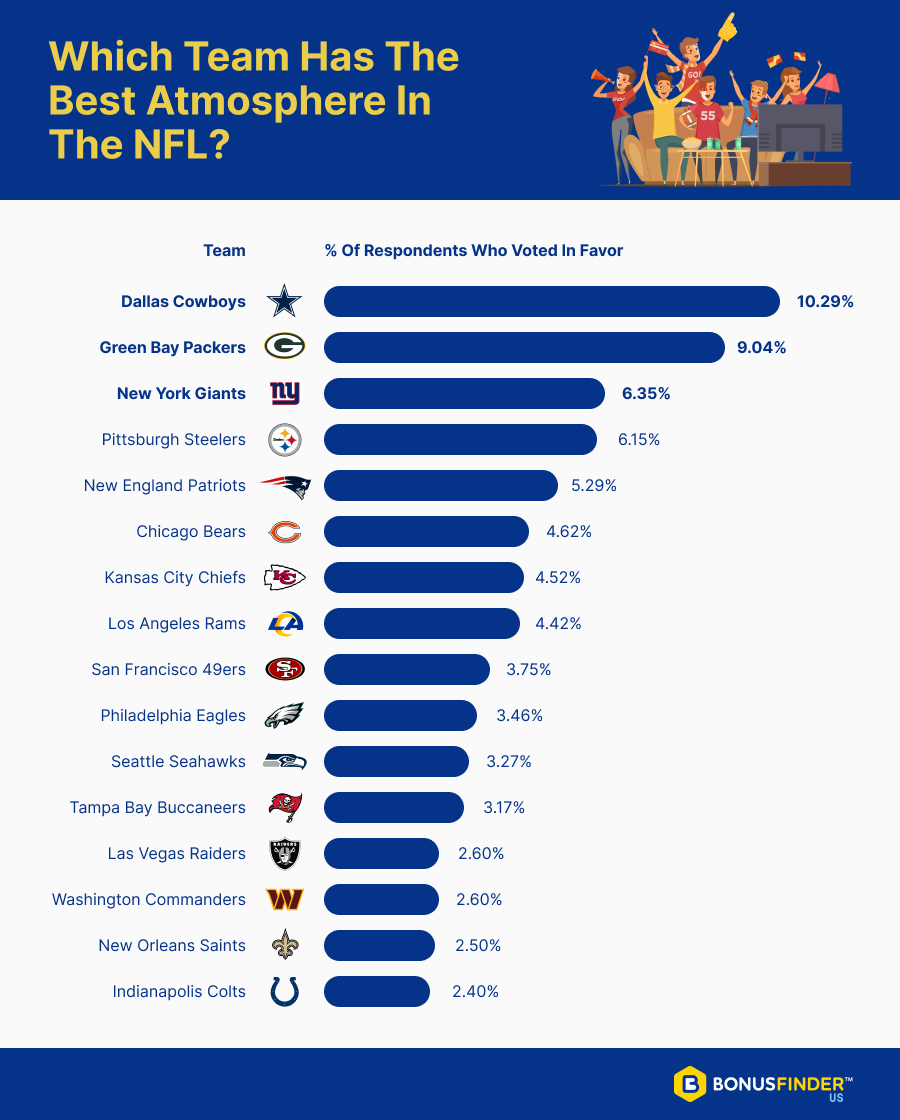 Bottom of the League

On the other hand, Jacksonville Jaguars were voted against by over 99% of respondents.

Perhaps it’s their fans’ interesting “Duval” chant or, perhaps more likely, the fact that the Jags have struggled to give their loyal home support much to cheer about over the last decade.

Runners up for the worst atmosphere were Ohio’s Cincinnati Bengals, who may have just got too excited to be back at the Super Bowl in 2022, and we could forgive them for that.

Check out the ‘atmosphere losers’ below! 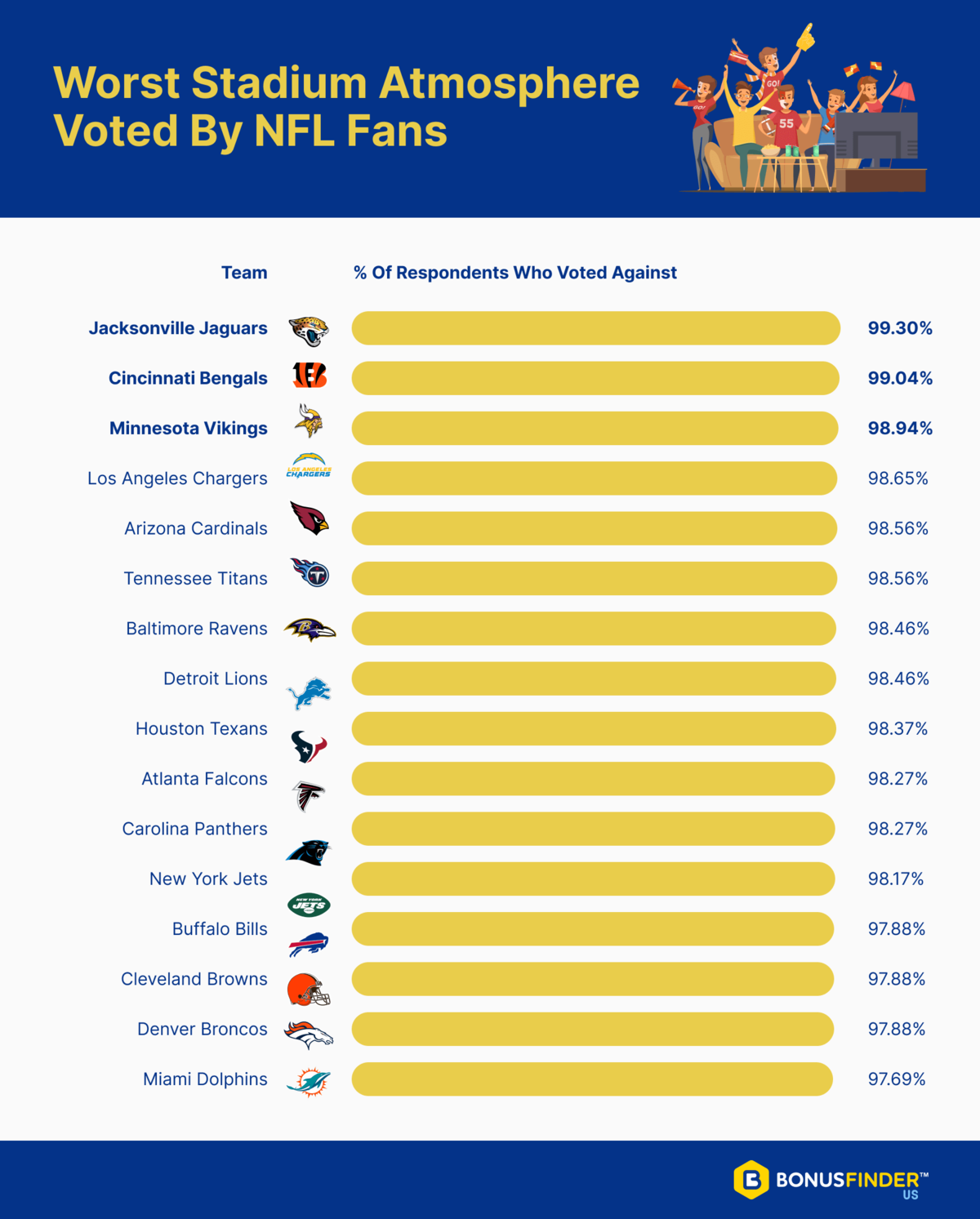 Do the Fans Agree?

We asked fans whether they thought their own teams’ atmosphere was as bad as others felt.

The Jacksonville Jaguars agreed that they had the worst atmosphere, with almost 70% of voters thinking that they need to step up! This at least shows some self-awareness within the fan base, so there might be room for change.

Fans of the 16 teams below had the most negative views of their own teams when it came to the atmosphere at home games. 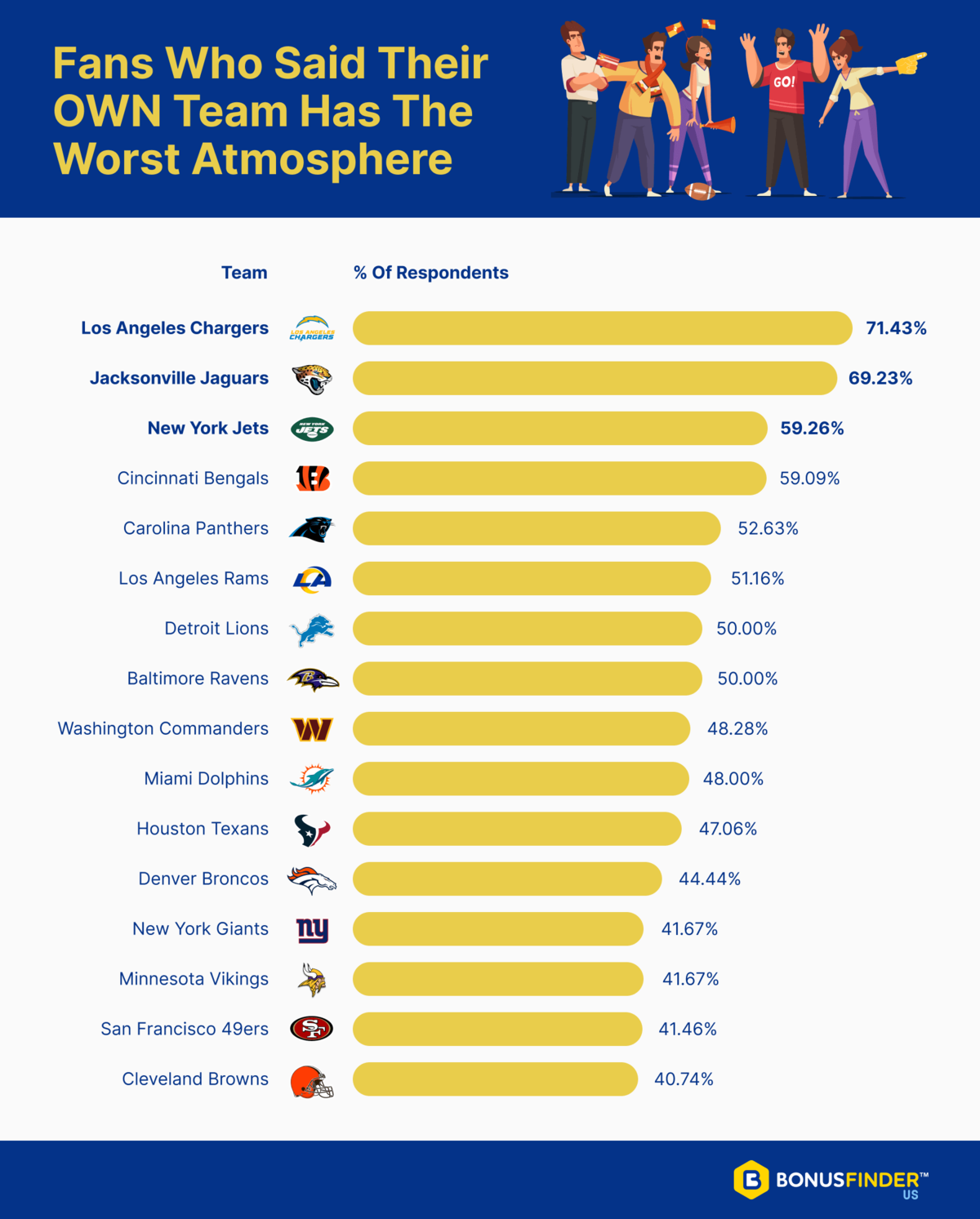 Fans of the Los Angeles Chargers were most likely to downvote themselves, with 71% of respondents voting themselves as having the worst atmosphere out of all the teams.

No matter who you support, the atmosphere of the NFL games can be one of the most important factors in whether or not you enjoy supporting your team and keep coming back to see them play. Teams’ fan bases can grow the support for their teams by creating a great atmosphere that welcomes new fans and keeps them showing up at the stadium!

We surveyed 1,000 NFL fans in the US and asked which teams they thought had the best and worst fans, mascots, stadiums, food, and atmosphere.