NEW: DraftKings NFL Promo - Bet $5 Win $200
Home > About us > Blog > From Retirement To The Ring: The Most Epic Wrestling Returns Of All Time

From Retirement to the Ring: The Most Epic Wrestling Returns of All Time

Wrestling is one of the most popular sports in the world, dating all the way back to the early 1950s. Those who are well-acquainted with the sport will know that the retirement of wrestling professionals is almost never permanent. There are no complaints from fans, though. After all, who doesn’t love a good shock WWE return? 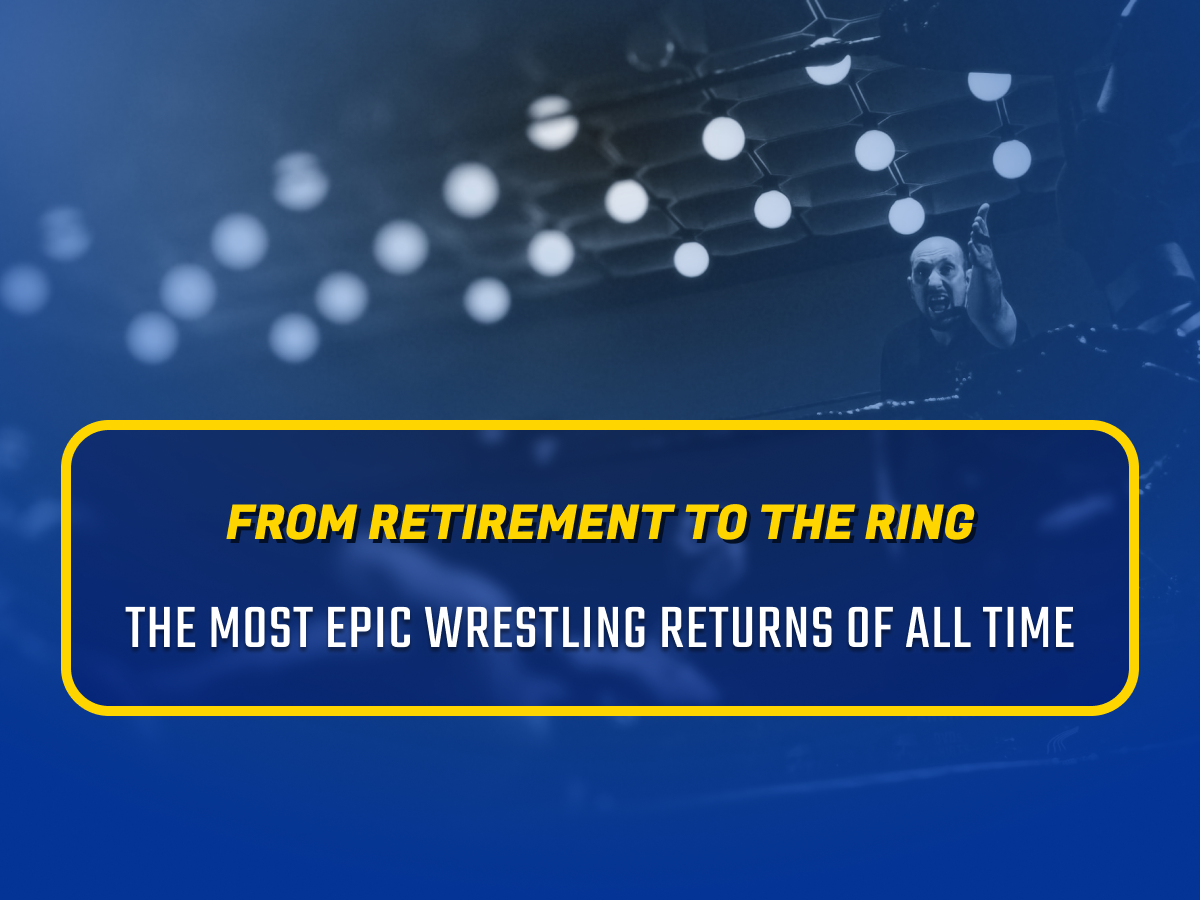 The Wrestling Hall of Fame

Over the years, the industry has ballooned in size with ludicrous franchising deals. In addition, the WWE has become notorious for promoting the philosophy ‘never say never’. A significant number of WWE legends have retired from the ring only to return, be it for sheer entertainment value, to boost viewer ratings or full-blown vengeance.

When it comes to the wrestling hall of fame, there are a chosen few who are deemed to be the best of their kind:

● The Undertaker – Arguably one of the greatest WWE characters in the history of wrestling, The Undertaker is truly a phenomenon in the wrestling world. The seven-time WWE World Champion has a career that spans over three decades.

● “Stone Cold” Steve Austin – In his prime days, the wrestling icon Stone Cold was a force to be reckoned with. He possessed the attributes of a true wrestling legend with toughness and charisma under his belt. It’s perhaps no surprise that these attributes have earned him six WWE Championships, a record of three Royal Rumble victories and much, much more.

● Shawn Michaels – Shawn Michaels was one of the most epic performers of all time in wrestling. Not only did he carry unique agility to compete against both heavyweight and cruiserweight wrestlers but he also cemented his name in the history books with his innovative wrestling skills as a four-time WWE World Champion. 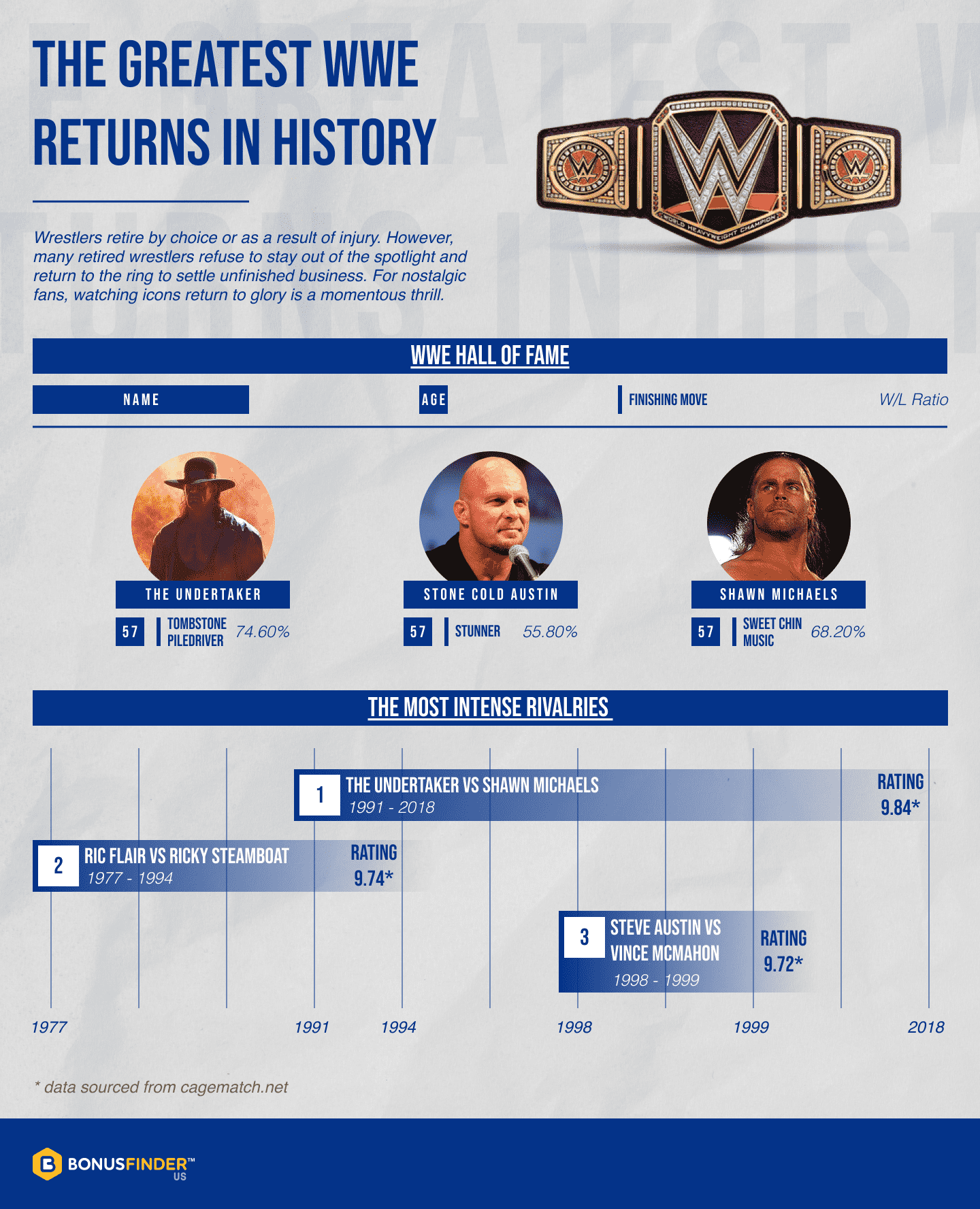 There’s no denying that over the years, SummerSlam has seen some unforgettable returns in history including some major favourites:

● Paul Bearer – Dubbed as The Undertaker’s iconic sidekick, Paul Bearer’s surprise appearance in 1993 is considered to be one of the best SummerSlam returns of all time. His comeback in Michigan saw over 23,954 wrestling fans in attendance, the highest on US soil.

● Rey Mysterio – Almost a year after suffering a severe leg injury, Rey Mysterio made an epic return to SummerSlam 2007, winning a multi-year-long rivalry against Chavo Guerrero. His much-awaited return was met with a decent 17,441 fans in attendance.

● Edge – Edge made an epic comeback in 2019 after he retired from WWE back in 2011. However, the Rated-R Superstar did not only make a triumphant return to his hometown Toronto, but the wrestler shockingly speared Elias. 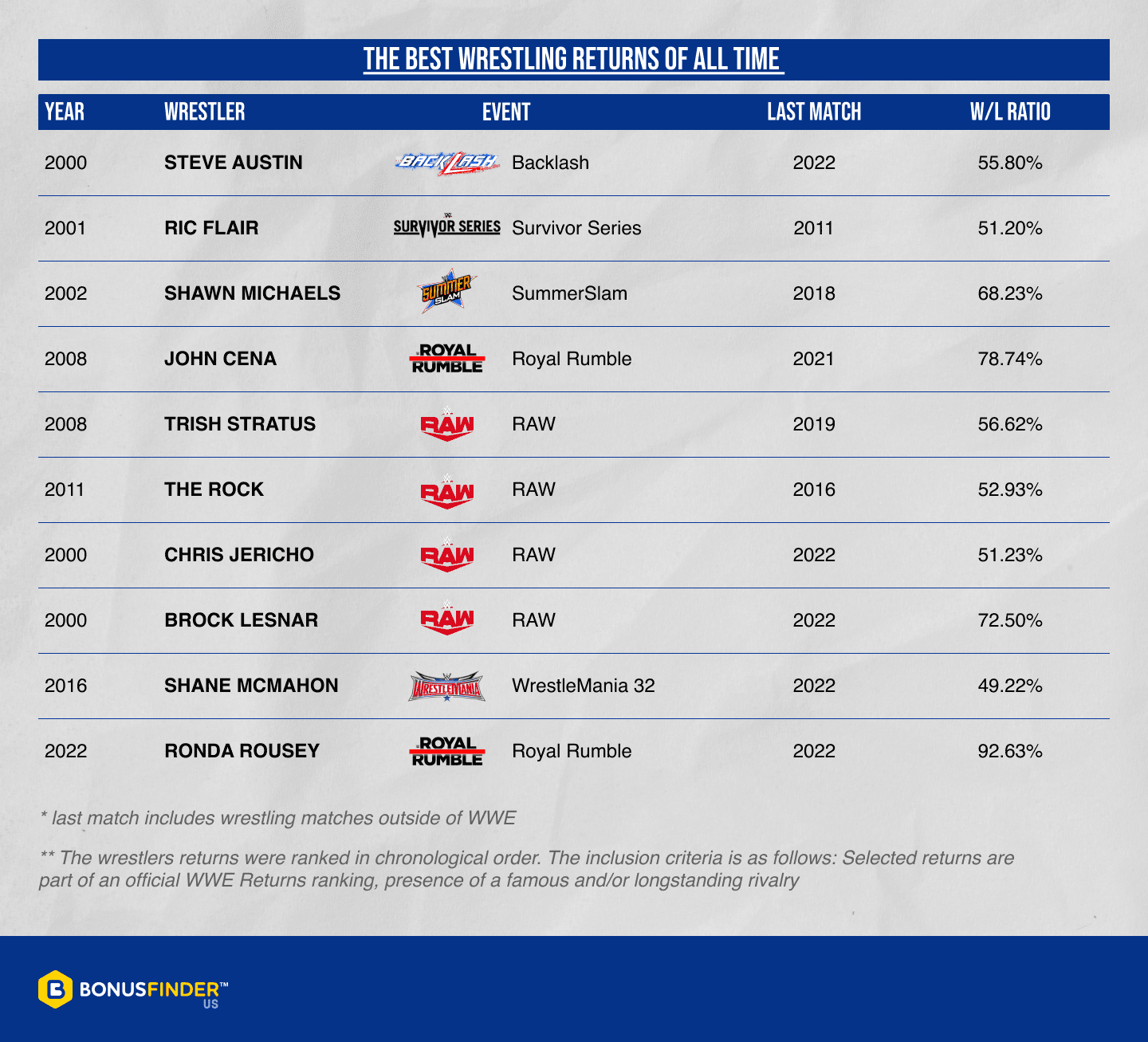 Twitter has spoken. There are many wrestling legends anticipated to return to this year’s SummerSlam but it seems the 16-time WWE World Champion John Cena is the hot favourite. Ranking first on the list, the acclaimed Fast and Furious and The Suicide Squad international movie star received over 21k mentions on Twitter.

The Rock is also another highly anticipated WWE superstar fans want to see returning to the ring. Despite his last appearance being in 2019 at the 20th anniversary of SmackDown, the Jumanji star still received over 18k Twitter mentions.

After it came to light earlier this year that Ronda Rousey was named the most abused female athlete on Twitter, there was a lot of speculation as to whether she would be the first female UFC champion to attend this year’s SummerSlam. These rumours have indeed been put to rest as WWE has confirmed ‘Rowdy Ronda’ will be making a thunderous return to fight against Liv Morgan. The fighters will be battling it out for the Women’s Championship title.

On the whole, it’s clear that the WWE values wrestlers long after they retire from the beautiful sport. With constant hype from fans pushing for golden oldies to return to the ring, it’s no surprise that the greatest Hall of Famers make the best comebacks of all time. 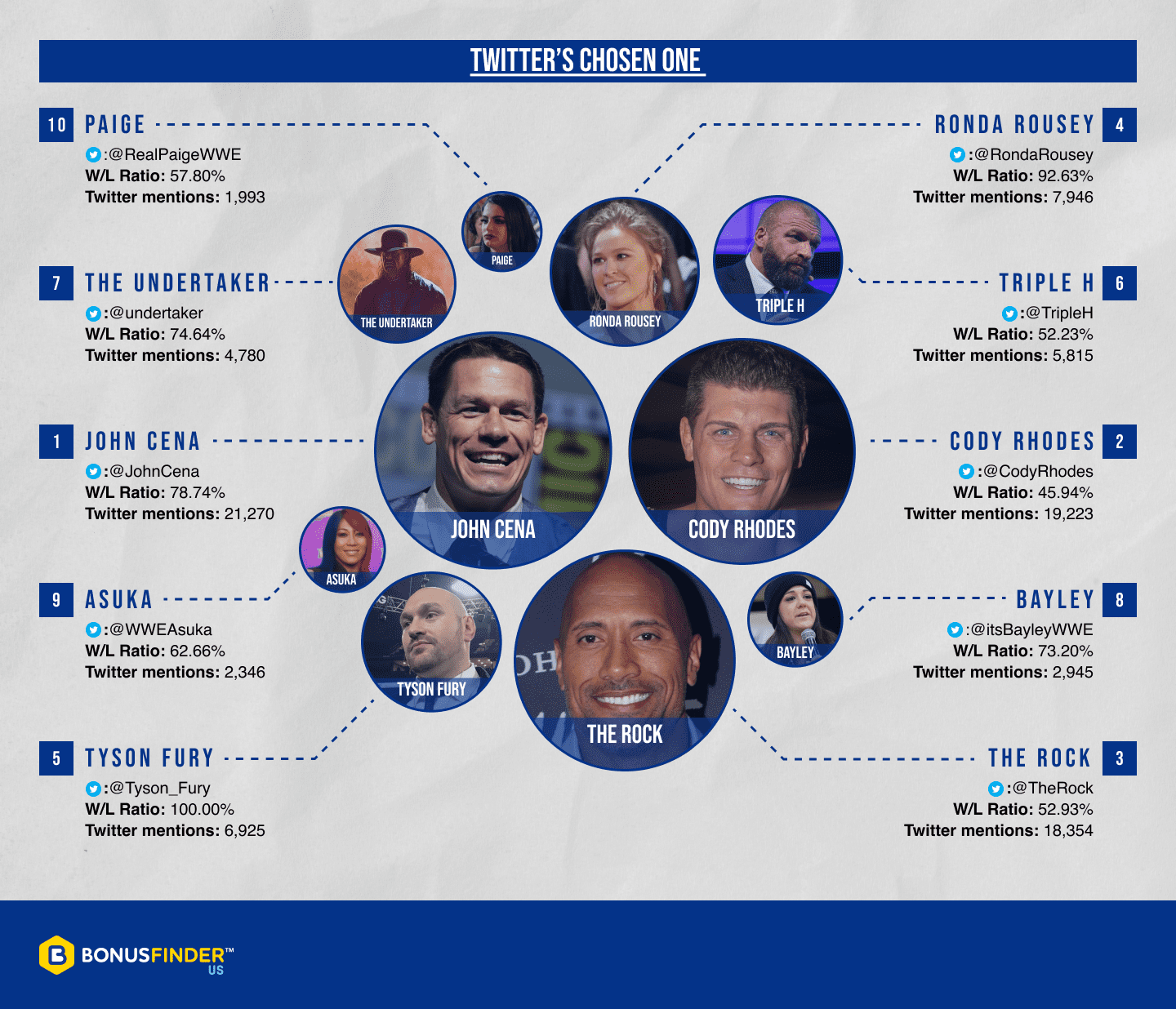 Data regarding the wrestlers, their win rate and rating were collected from cagematch.net. Preselection of wrestlers for the best returns was done by collating official Top 10 returns videos made by the WWE and articles made by fan sites. The most anticipated returns were ranked using Twitter mentions of the wrestlers’ official accounts since 01/01/2022.