NEW: Play Free Slots Here
Home > About us > Blog > Just How Much Would It Cost To Tie The Knot On Home Turf?

Just How Much Would It Cost to Tie the Knot on Home Turf? 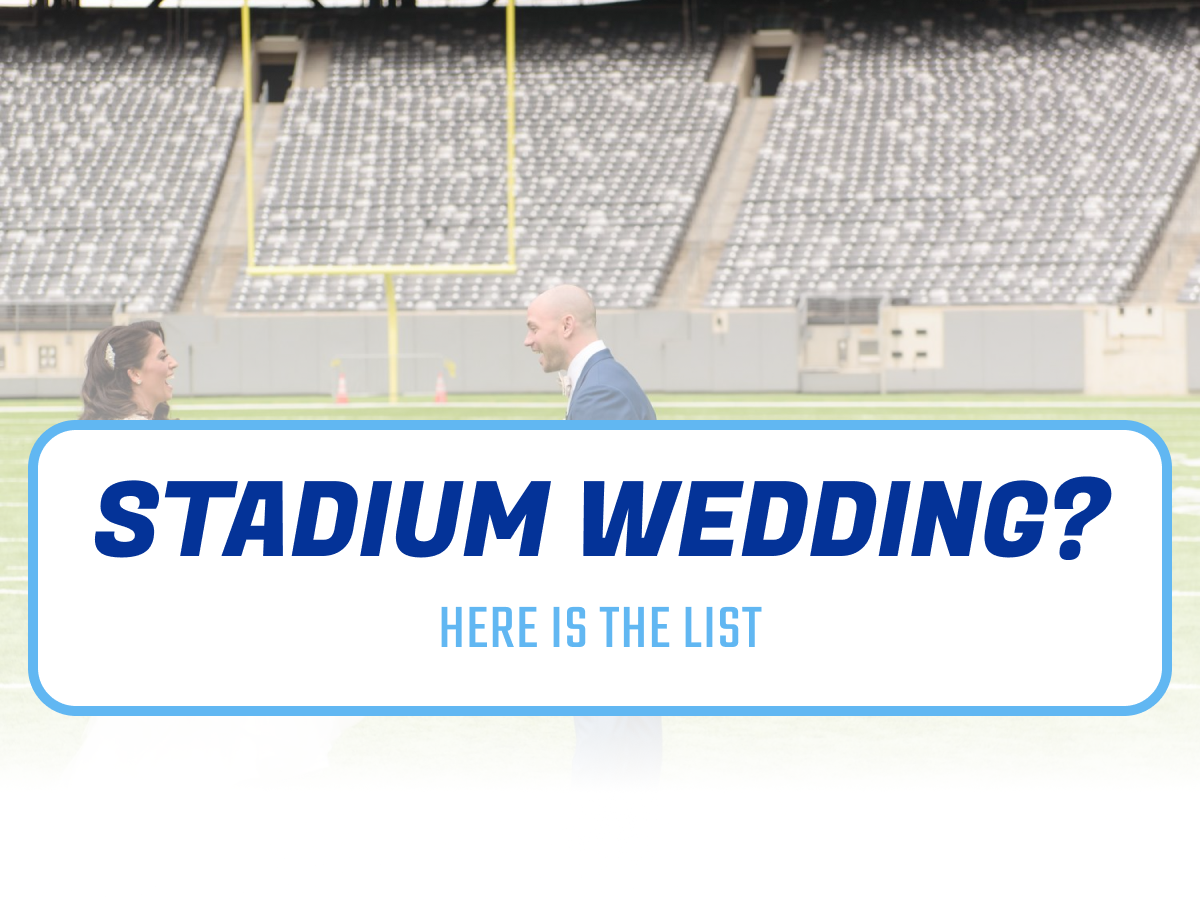 Getting married? Combine your two loves on your wedding day, only if your partner isn’t a fan of another team.

BonusFinder has looked at just where exactly you could get married out of the NFL stadiums, and here are the top 10 most expensive venues*.

Cheapest on our list barely scratches the amount for the most expensive. However, to marry at Caesars Superdome, prices start at around $5,275. Although this wedding package doesn’t give you the honour of being married on field, it would still be pretty cool as a Saints fan to say you got married at the Superdome.

Want to follow in the footsteps of Super Bowl MVP Hines Ward? You too can get married at Heinz Field at a cost of $7,500, as long as it’s done in one hour. Want a full celebration, then you would be looking at over $26,000 for the full event.

For the ultimate Bills fan, a ceremony on field would cost only $10,000 – which is a lot less than some others on this list. The 10k fee doesn’t include a Half Time wedding like this couple

Mackenzie Park and Jordan Binggeli won the @BuffaloBills' NFL100 Experience of a Lifetime, and were married halftime of today's game! Former Bills legends Kyle Williams, @JimKelly1212, @thurmanthomas, and @SteveTasker89 were in the wedding. #NFL100 pic.twitter.com/sha7BTiJ9l

Trying to find a way to get ‘America’s Team’ into your wedding? If you so desire, you can get married at AT&T stadium. To tie the knot on the field, it would cost anything from $15,000 to be wed. But you’re looking at a hefty bill should you wish to have more, some weddings reaching over $85,000 at the stadium.

For fans of the Washington team, name changes and all, the starting price to share your nuptials at the stadium is $15,000 for about 50 guests. Although this cost doesn’t include stepping out onto the turf, you might be writing a check for a lot more for that option.

The home of the Colts and the NFL Combine will set you back at least $25,000 if you want to be wed on the field.

A win-win if you and your partner are Giants and Jets fans respectively, the shared stadium allows you both to get married at your team’s stadium. Although probably best to have your ceremony at the 50 yard line, a feud over which end zone isn’t something you need for your wedding. The New Jersey based stadium would set you back $25,000 for rental alone.

If you’re wanting to wed at the End Zone at the Arrowhead, then you better put aside a fair bit. At over $26,000 you would be paying for the field rental alone if you chose a weekend day in Kansas.

Die hard Eagles fan? You better get saving! At $30,000 you can hire the field and have your ceremony on the turf, however this cost doesn’t include anything else that you may need to actually get married, just the field hire, but at least you’d have the pics to brag to your friends.

Get out your checkbooks, Seahawks fans. Lumen Field is the most expensive on our list, at $40,000 just for field hire, you’d be forking out a lot more if you wish to get married on field at the Seahawks home fortress.

*All costs found available online. Many stadiums offer wedding packages, however some are bespoke and could not provide a general quote.