From celebrities to major sports stars, social media hosts an array of the most followed individuals on the planet, some with millions, others with hundreds of millions. But just how much do they earn from their elite online presence alone? 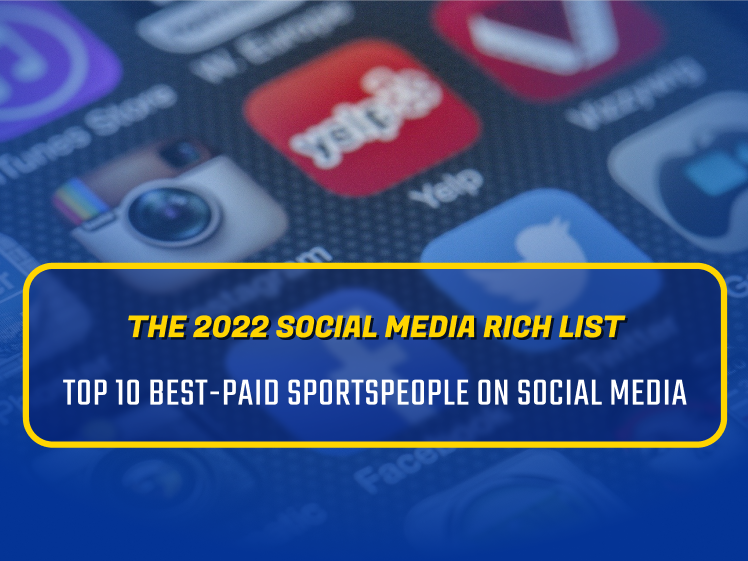 To find out, the team at BonusFinder crunched the numbers to come up with the 2022 social media rich list. The research took into account the number of followers each celebrity has and the estimated amount they earn from social media alone.

Arguably the best footballer in the world, Cristiano Ronaldo tops the social media rich list with eye-watering earnings of around $2,000,000 per Instagram post. Considering the star player has over a whopping 471 million followers on the image-sharing platform and is the most followed person on the popular app, this ultimately comes as no surprise.

Marked as one of the best footballers of all time, Lionel Messi lost out to his bitter rival on this occasion despite boasting a whopping 353 million followers on social media and earning approximately $1,000,000 per post.

In the bronze medal position we have former WWE star Dwayne ‘The Rock’ Johnson with his 331 million followers. The Jumanji actor also earns around $1,000,000 per image uploaded on Instagram.

Golfers receive some of the least amounts of money from social media, with former pro-golfer Paige Spiranac, who has an impressive four million followers, earning an estimated $11,814 per post from Instagram.

Spiranac, however, is the highest-earning golfer on the list. The social media star makes more per post than the likes of Tiger Woods, Rory McIlroy and Jordan Spieth.

UFC fighter and MMA star Conor McGregor is not as high on the list with just $152,156 despite his 45.9 million followers. Perhaps this is due to the fact that the Irish UFC champion has not been in the octagon for over a year. His fans have been left discouraged after McGregor suffered a potentially career-ending injury in his fight with Dustin Poirier in 2021.

YouTube heavyweights Jake Paul and KSI have recently made a switch over to professional boxing in recent years which has only heightened their popularity.

Although Pointsbet ambassador Paige Spinarac is last on our list of the ‘elite earners’, she still earns a staggering 309% more compared to Boxer/Influencer KSI’s earnings.

Football players are not doing any better than Paul or KSI. The top ranked football earner is Odell Beckham Jr with $58,699.49 per post and the star of the newly regulated Kansas sports betting market Patrick Mahomes makes even less ($18,837.96), even with the lucrative marketing deals that he has access to in Kansas.

Ultimately, it’s clear that the 2022 rich list hosts a diverse range of celebrities. From the richest and most followed man on Instagram, Ronaldo, to WWE-turned film stars such as The Rock.

Although many sports stars achieve fame and success on their social media platforms, it seems soccer players have the advantage over their counterparts in other sporting professions.