Check out the moneyline odds for the Steelers’ next game against the Falcons. Can they get their fifth win of the season?

The Steelers (4-7) Week #13 game is at Atlanta against the Falcons (5-7). Pittsburgh will enter the match as slight underdog.

In addition to point spread, you can place moneyline and total bets on the upcoming game. Below you’ll find the latest odds from some of the best sportsbooks in PA.

The Pittsburgh Steelers are not the favorites to win the Super Bowl this year and they might not even make it to the playoffs. But if you are a Pittsburgh loyalist, here are the current odds for the Steelers to win the Championship and the AFC.

Many online sportsbooks let you bet over or under on games won during the season. Most sites have similar odds when it comes to the Steelers. 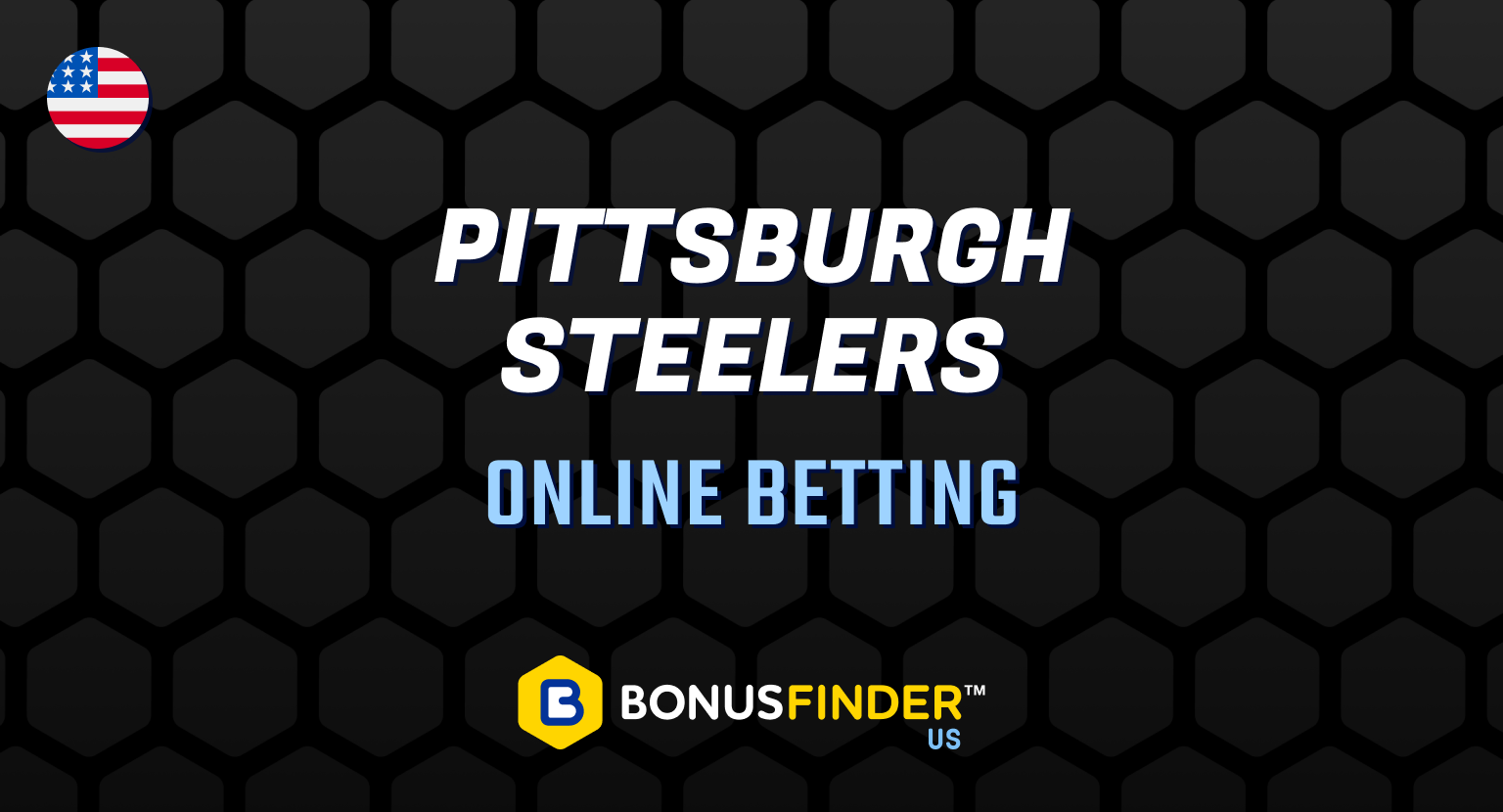 Get the current odds for the next Steelers game right here.

The regular season is now in session and the Steelers are playing their first season since 2004 without QB Ben Roethlisberger. You can find all the latest Steelers news right here on BonusFinder US.

NFL always gathers big betting numbers when a new season starts. To get you in the best possible position to start wagering on the Steelers, we’ve gathered a few betting tips you can check out before placing your first bets of the season!

Mitch Trubisky signed a two-year contract with the Steelers in March 2022 and performed well during training camp. This impressed HC Mike Tomlin and Offensive Coordinator Matt Canada enough to name him the starting QB. However, in Week #4 the coaches had enough and replaced Trubisky with Kenny Pickett, who is now at the top of the depth chart. Mason Rudolph hasn’t said much about his demotion to third QB, and might see some action later on in the season if he stays with the team.

Ben Roethlisberger did the best he could during the past few seasons, but now the Steelers have younger, more mobile QBs. However, many question Matt Canada’s ability to steer the young offense, and it has been somewhat rocky throughout the season. Talent like Pat Freiermuth, Najee Harris, and George Pickens do what they can, but too often the drives fall too short. On the other hand, the future looks bright for the Steelers if Pickett keeps developing as expected.

Defense Back on Track

Last year was not the highlight of Steelers defense in the history books, but this year the group looked stronger. Despite losing Stephon Tuitt to retirement, the core of the defense is still together and some of the key players are a year older and wiser. However, T.J. Watt got injured in the first game of the season and only came back in Week #10; his absence made a big difference in some of the close game the Steelers lost.

George Pickens has had an excellent start to his rookie year, and Claypool’s trade should make him the target more often. Pickens seems to have a good connection with Pickett, meaning Pittsburgh might get to enjoy their collaboration for the years to come.

Alex Highsmith had a decent 2021 season and has matured even more during the Summer and the beginning of the season. With 5.5 sacks in the first four games, Highsmith has been able to compensate for T.J. Watt’s injury and the Steelers have another stellar defensive player. However, without Watt, Highsmith’s contributions are not enough to win games. 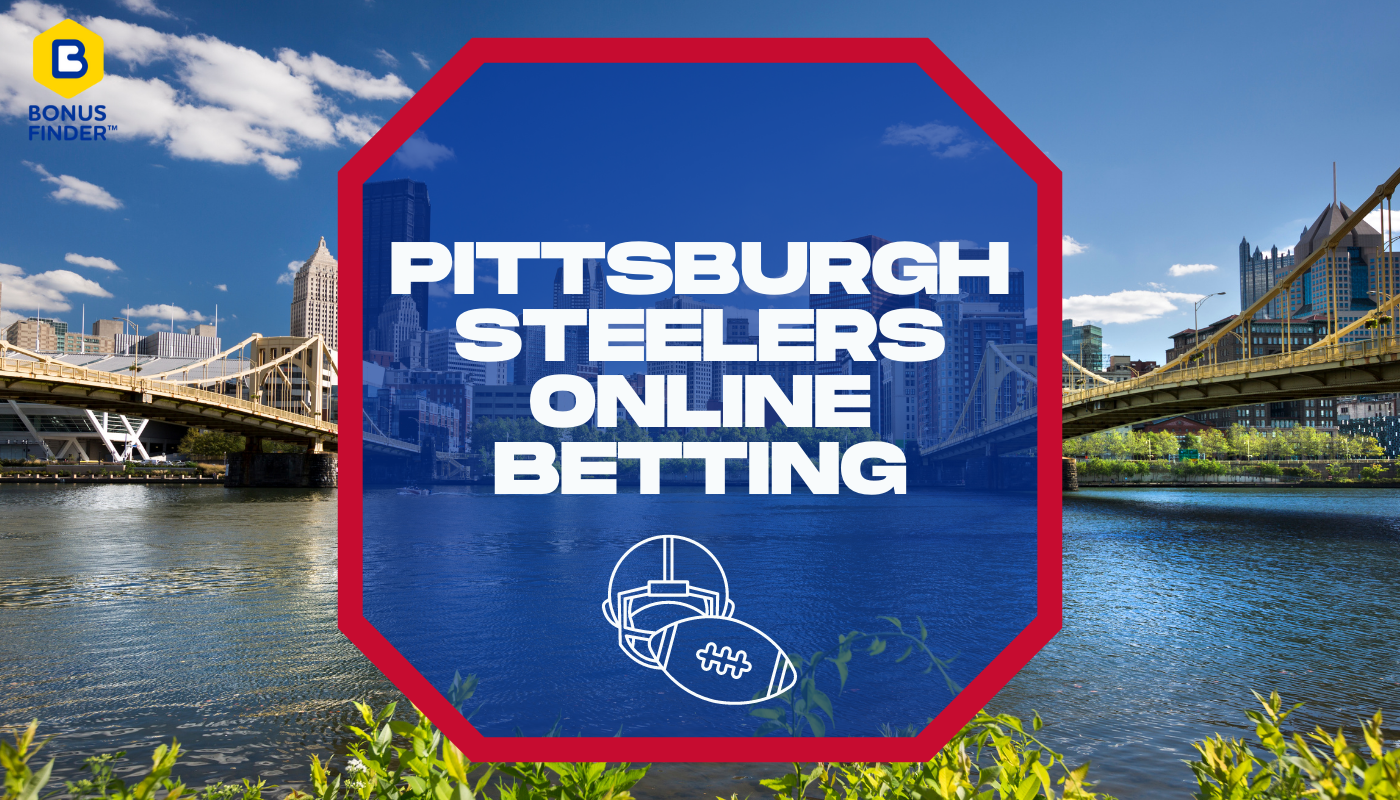 Steelers are expected to have an interesting season in 2022.

The Pittsburgh Steelers kicked off the 2022 season with a divisional game against the Bengals and Week #3 match up against the Browns. The rest of the division games are at the end of the season, which is unusual but lets the Steelers work on their game. The AFC North will be an interesting division and whoever comes out on top will be a real contender in the playoffs. Other notable games in the schedule are Week #8 Philadelphia Eagles game and Week #16 meeting with the Raiders who aided the Steelers to the playoffs last season.

Currently, there are several injuries in the Steelers squad: Minkah Fitzpatrick, Ahkello Witherspoon, William Jackson III, Calvin Austin III, DeMarvin Leal, and Chris Boswell are all out at the moment. The season is turning out to be a nightmare for the Steelers, and no one is standing out in the group, although Diontae Johnson and Najee Harris are finally looking like themselves. 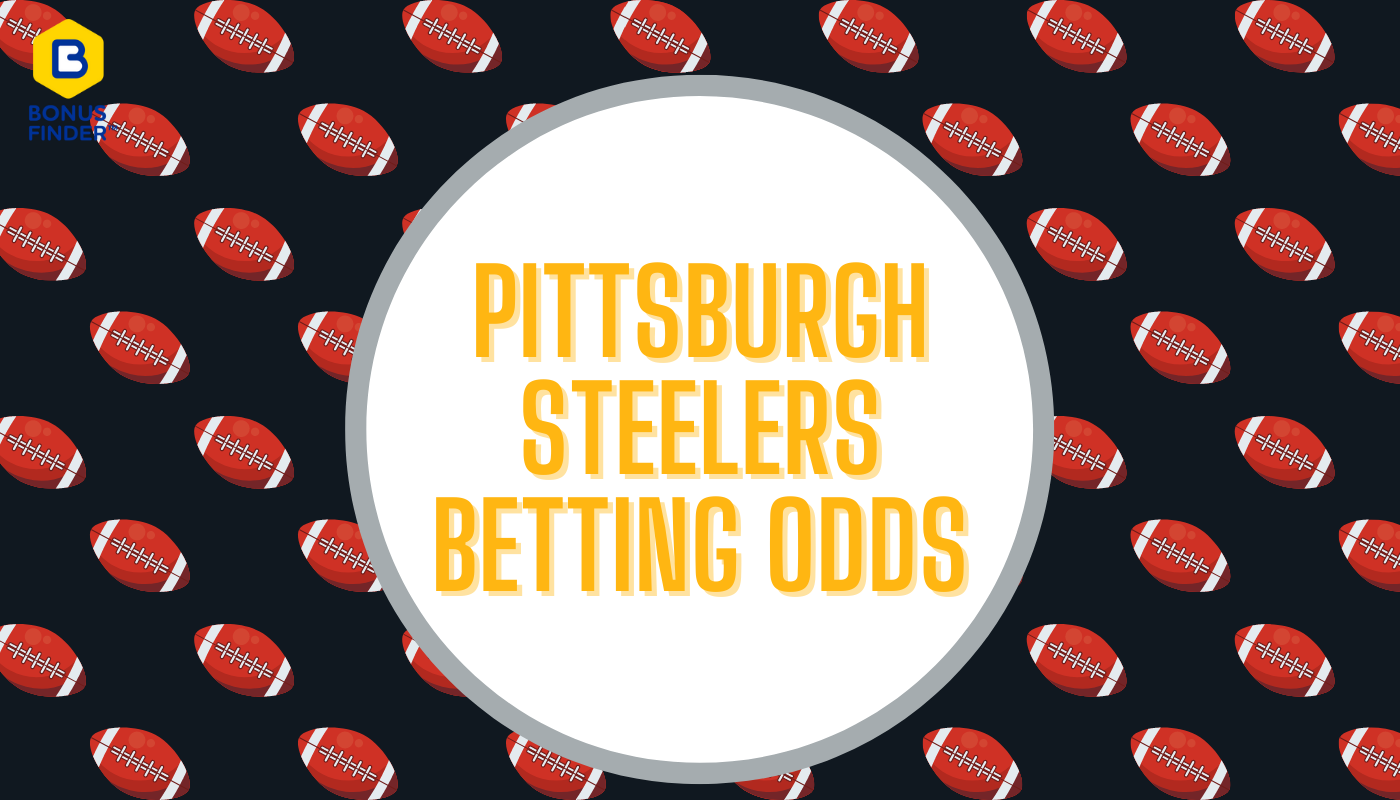 Wagering on the Steelers is very easy.

Head Coach Mike Tomlin has been steering the Steelers since 2007 and has no plans to step down. With two Super Bowl wins under his belt, HC Tomlin is looking to add a 10th trip to the playoffs with the team. Tomlin is one of the longest-tenured coaches in the NFL and a respected member of the Pittsburgh community.

🔵 How to Bet on the Pittsburgh Steelers

Betting on the Steelers is simple and anyone can get started once they know the differences among different bet types. Each type of bet is available either for every Steelers game or throughout the season. In addition, many sites offer alternate lines for several games.

Moneyline is the most simple bet you can make: in football betting, you only bet on the winner. In some other sports, you can also bet on a tie but ties are not available for Steelers games. The odds tell you which team is favored to win; they are always represented by a minus sign and the team with a plus sign is the underdog.

Point spread bets have a slightly different take on the game result as you wager on the points margin between the teams. If you wager on Steelers with +6.5, you hope they stay within 7 points of the Bengals or win outright. If you wager on the Bengals at -6.5, they have to win by 7 or more. Again, the plus sign indicates the underdog, but the odds might be the same or only slightly different since the sportsbooks’ intention is to get bettors to wager on both sides.

Totals bets, or over/under, means betting on the total number of points scored by both teams. You bet either over or under a predetermined number like 44.5. If the end result is 31-28, the over bettors win. Totals are an easy way to start betting since you’re not guessing the correct score, only whether the game is high-scoring or not.

There are two types of proposition bets, player props and team props. Props are wagers on events during the game that don’t directly influence the end result. You can place wagers like first team to score, which team is leading at halftime, number of rushing yards for a specific player, number of touchdowns thrown by a QB, and will both teams score in the first quarter. Many online sportsbooks in PA offer loads of props so if you want to bet on them, maybe choose just a few to start with.

Futures are bets on upcoming events or honors, such as AFC Winner, Super Bowl Winner, or Offensive Player of the Year. The odds change throughout the season but you can wager on them until the deciding game. Note that if you bet earlier, the better the payout is if you end up winning. Unsurprisingly, the Steelers’ Super Bowl 2023 odds are very high, meaning their win is considered very unlikely.

Parlays are combos of different wagers. You can make a parlay with legs from different games or from one single game. Many betting sites offer Parlay Bet Insurance as a PA betting promo, meaning you get some of the winnings even if one leg loses. Without the insurance, all legs must be correct for your parlay to win.

Live betting is much-loved by experienced bettors since you bet on the game as it unfolds. There are all sorts of live bets with the odds changing based on the action. If you want to place in-game bets, you should download the sports betting apps since those usually have the most convenient ways to bet live. 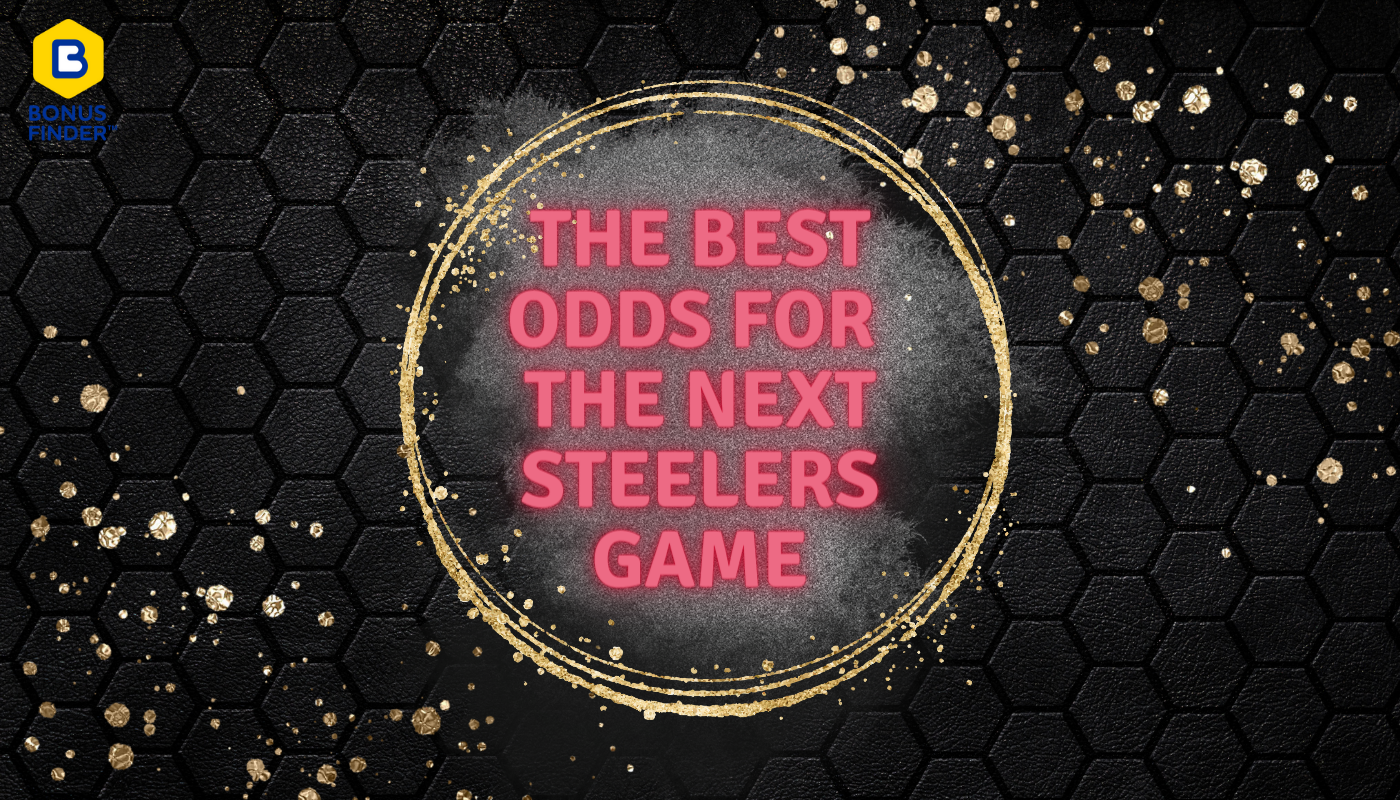 The Steelers 2021 season was quite uneven with a 9-7-1 record and a short trip to the playoffs. The Steelers failed to top their division for the second year in a row, but clinched a playoff berth by defeating the Ravens in the last game of the season. In the Wild Card Round, the Steelers were defeated by the Kansas City Chiefs 42-21.

The season started without two long-time Steelers, Maurkice Pouncey and David DeCastro, and ended with Ben Roethlisberger announcing his retirement for the League. Some of the highlights of the season were T.J. Watt tying the NFL sack record with 22.5 sacks and the performances of rookies Najee Harris and Pat Freiermuth. In addition, the Steelers sweeped the Ravens and the Browns to finish second in the AFC North.

Pickett was a clear choice for the Steelers in the first round and is expected to be the future QB of franchise after a year of adjusting to the League. Other interesting picks are wide receivers Pickens and Austin, who start behind Diontae Johnson and Chase Claypool in the pecking order, but will probably get opportunities to show their skills during the season. Since Johnson’s future in Pittsburgh is up in the air, both rookies are well-positioned to fight it out for a future starting position.

All Pennsylvania online sports betting sites offer tons of betting opportunities on the Steelers. Some also offer weekly promos during the NFL season. You can sign up on all online sportsbooks and claim their welcome bonuses which all apply to Steelers betting as well.

1️⃣ What is the Steelers QB situation?

Mitch Trubisky was chosen for the starting position, but Pickett took on the mantel starting Week #5. Trubisky and Rudolph have been back-ups their whole careers, while Pickett is a rookie with a bright future, making the QB situation extremely interesting. Some speculate that both Trubisky and Rudolph would like to leave the Steelers, but so far no trades have been announced.

2️⃣ Who has the best odds on the Steelers?

At the moment, FanDuel. However, things can change quickly and oddsmakers can have different views on match-ups. If you want to be certain you find the best odds for each market, we recommend signing up on at least a view of the sportsbooks in PA. If you are not certain which ones might suit you the best, you can check out reviews of each legal sportsbook on BonusFinder US. Once you've decided on certain books, you can hedge your bets with the welcome bonuses.

You catch the games on local networks and on Prime Video. In addition, NFL Network shows all NFL games and the Steelers Nation Radio broadcasts games live.