#LetsGoPens! The Penguins qualified for the playoffs last season for the 16th time in a row but dropped out in the first round. How are the Penguins doing this season? Let’s check it out.

Check out the latest Penguins odds from BetMGM PA.

🟡 Penguins Odds to Make the Playoffs

Since the Penguins won the Stanley Cup playoffs in 2016 and 2017, they haven’t advanced beyond the first playoff round. However, they have the longest active streak for qualifying for the post-season in the NHL. 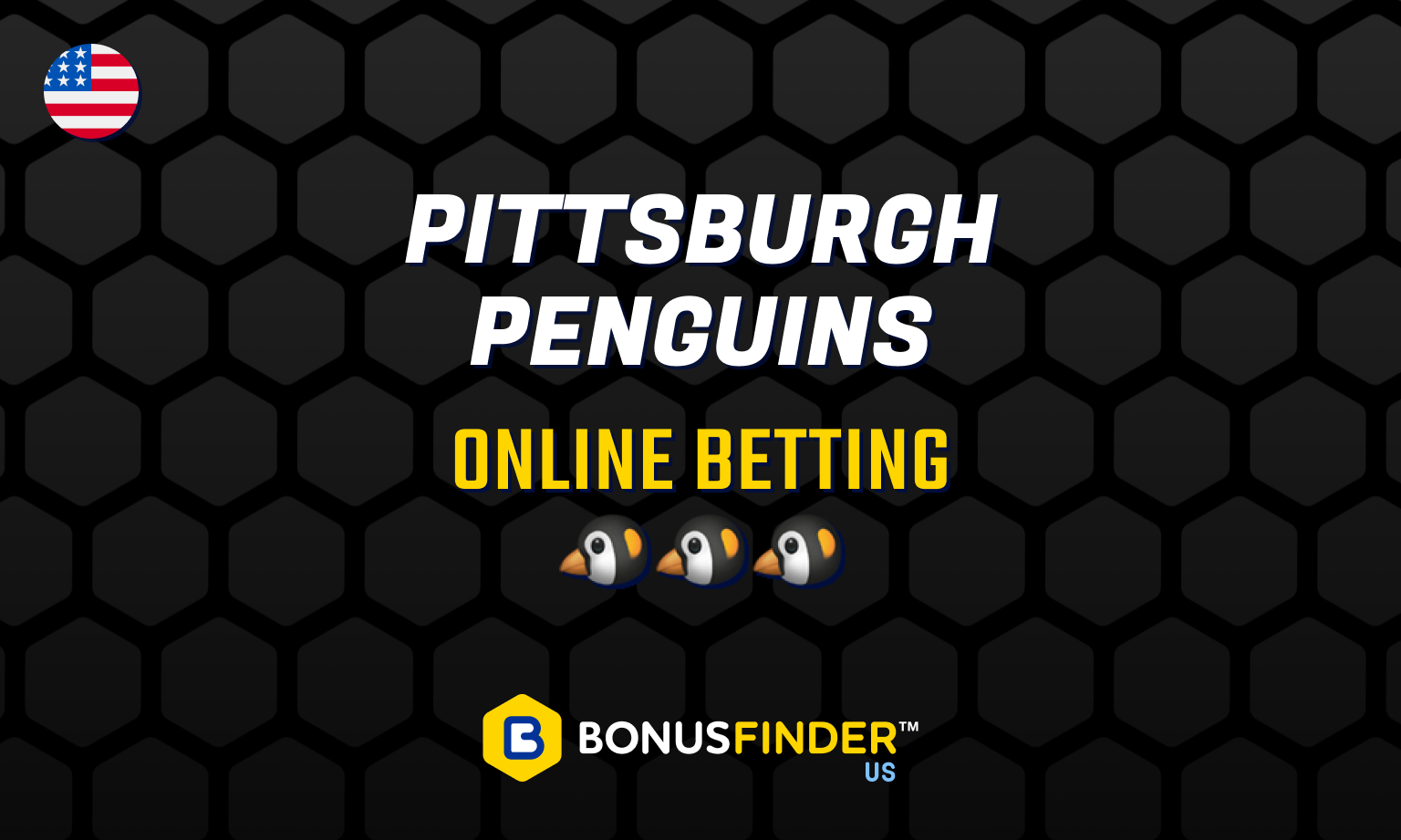 The Stanley Cup odds are out! Are the Penguins going to win the Cup in 2023?

The Penguins’ start to the season was strong, but they slumped into a long losing streak after the first few games. Let’s see what’s new with the team.

The Penguins’ GM Ron Hextall pulled a Hail Mary prior to the free agency in July 2022 and brought back Evgeni Malkin, Kris Letang, Bryan Rust, and Rickard Rakell with new multi-year contracts. Hextall also added Jan Rutta and Josh Archibald in the off-season; the initial 23-man roster was released on October 11. With the core locked in for the next few years, the Penguins championship window is still ajar. 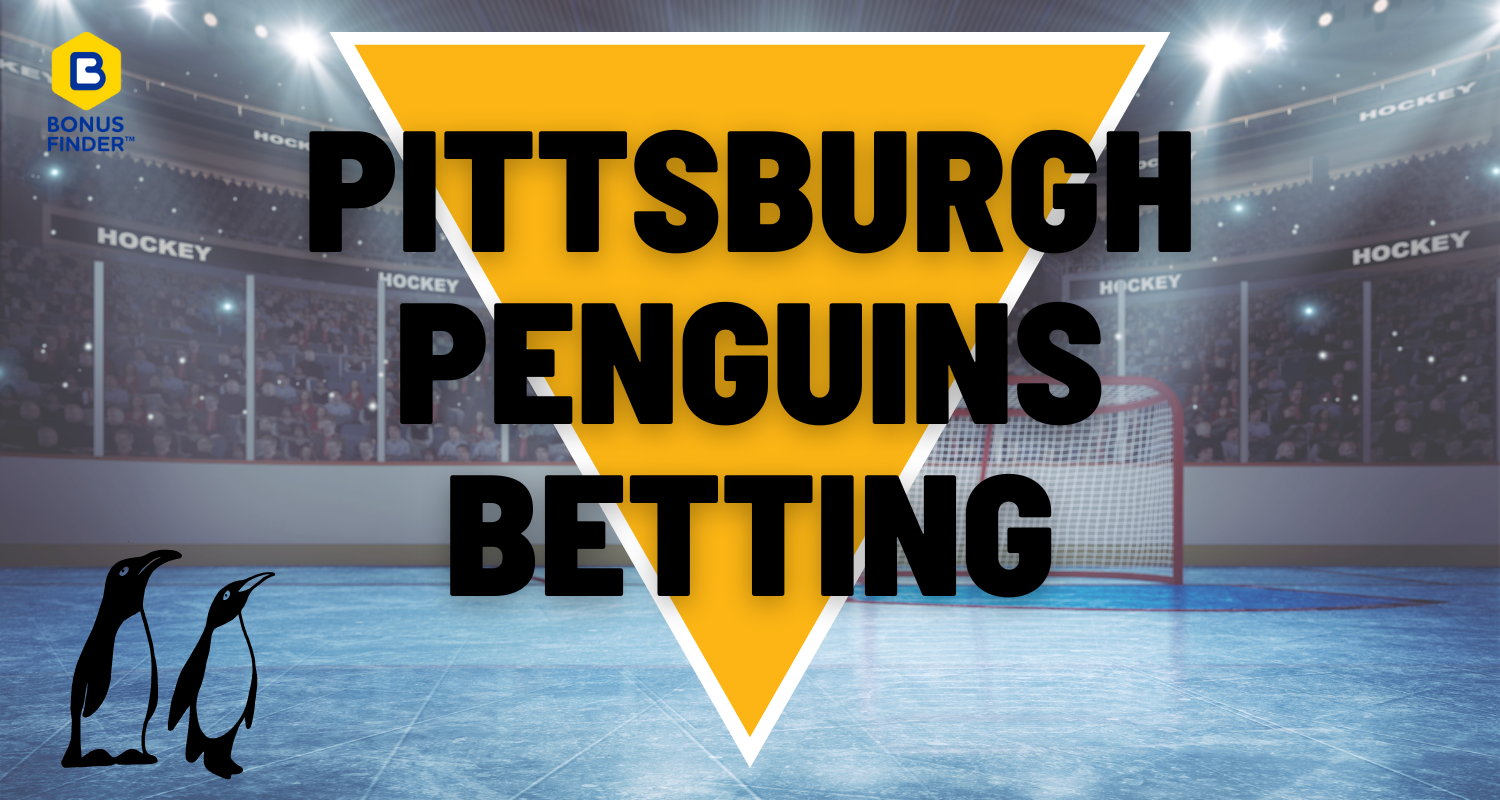 Betting on the Pittsburgh Penguins is very simple.

The Pittsburgh Penguins are coached by head coach Mike Sullivan, who took over from Mike Johnston in December 2015. The Penguins were sitting below the playoff line at the time, but Sullivan turned the ship around and led the team to back-to-back Stanley Cups in 2016 and 2017. HC Sullivan is contracted to Pittsburgh through the next four seasons.

Sullivan’s associate coach is Todd Reirden, a former NHL head coach in charge of defense and power play, and assistant coach is Mike Vellucci, who works on the offense and penalty kill. Andy Chiodo is the goaltender coach and former Penguins Trevor Daily and Matt Cullen also work with the team.

In July 2022, Penguins held their first traditional Development Camp since 2019. Several prospects were able to showcase their talents and some are a step closer to making it to the roster come October. P.O. Joseph and Filip Hallander are both looking to score their spots during the pre-season training, while goaltender Joel Blomqvist is an interesting option in front of the goal in the coming years.

The Penguins had a great start to the season, but since then things have slowed down a bit. Let’s take a look at some key stats. 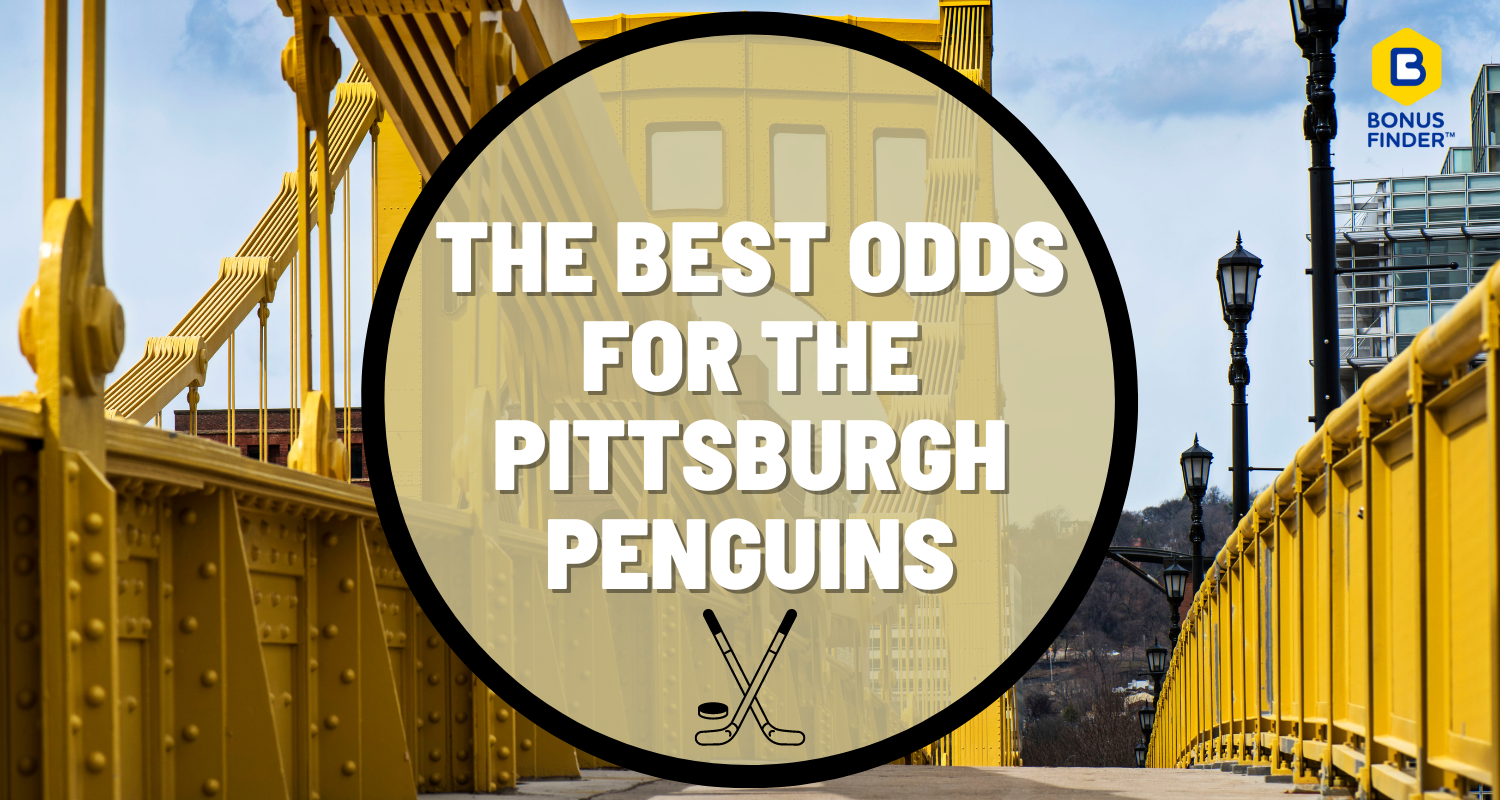 BonusFinder US provides the latest odds for all Penguins games.

Brian Dumoulin was injured during last season’s New York Rangers series and spent the summer rehabilitating his knee, while Brian Boyle underwent a knee surgery in May but is now in playing condition. Jeff Carter suffered from an upper-body injury, but for once, the Penguins don’t seem to have any major injuries prior to the puck drop of the first game; let’s hope the trend continues. The coaches were especially impressed with P.O Joseph and the new additions to the roster. Kasperi Kapanen is under the microscope this season, as his gameplay hasn’t taken the steps forward as expected.

The Penguins will play fourteen games in November, including two three-game road trips. In November, Pittsburgh plays the season’s first game against the Philadelphia Flyers, which is dubebd the NHL Thanksgiving Showdown at the Wells Fargo Center on Nov 25. 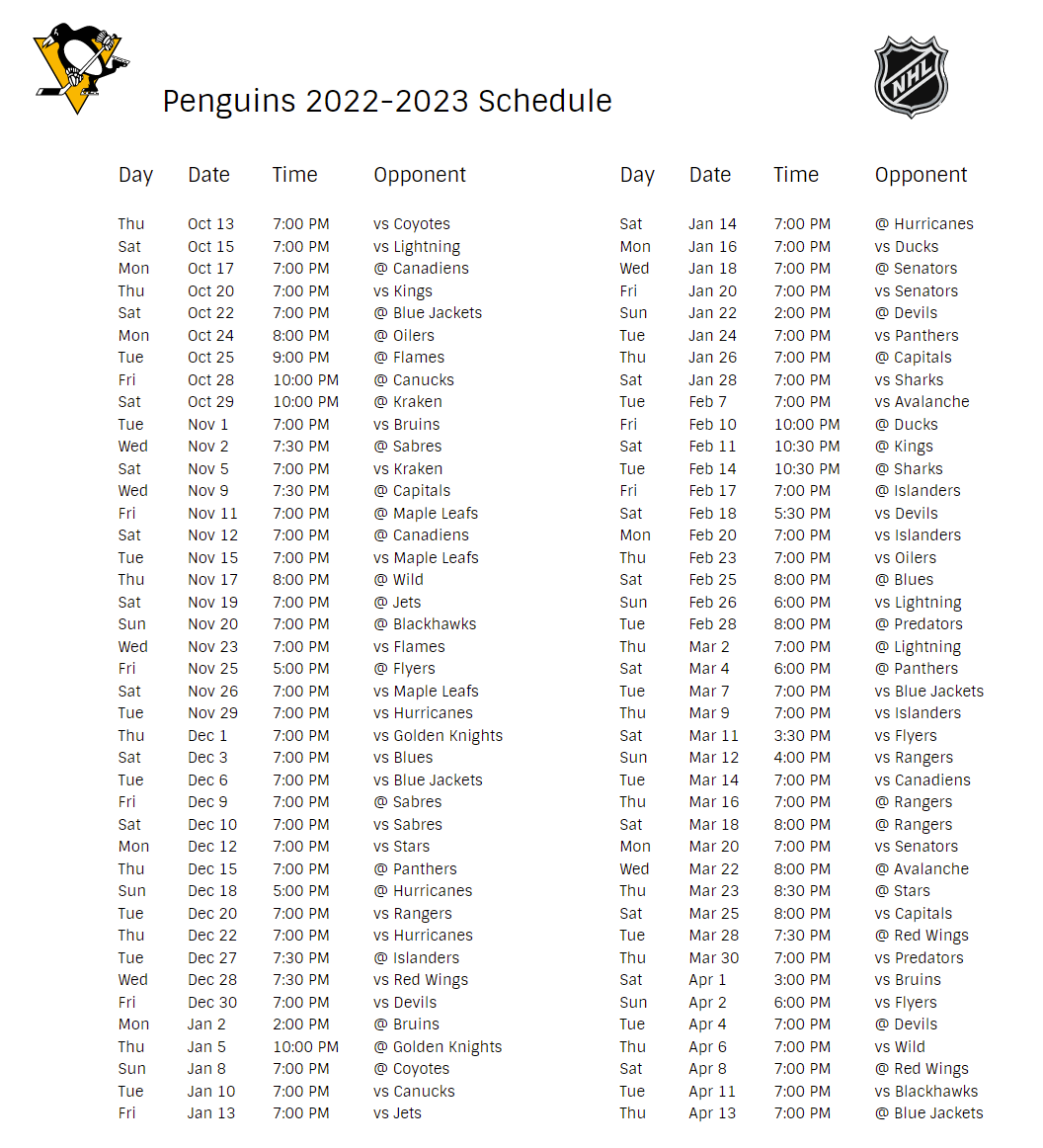 The full Penguins schedule for the 2022-23 season.

The 2021-22 campaign got off to rough start with captain Sidney Crosby and Evgeni Malkin having surgery prior to the season and missing the first months of game play. The Penguins were able to shake off the difficulties and finished third in the Metropolitan Division, advancing to the Stanley Cup Playoffs.

The Penguins were set to go the distance in the 2022 playoffs, but injuries plagued the team during the first round match-up against the NY Rangers. Jarry, DeSmith, Crosby, Dumoulin, and Rakell were all absent from games and the Penguins dropped a 3-1 lead in the series and were eliminated in game #7 at Madison Square Garden.

⚫ Betting on the Penguins

Betting on hockey is simple, and you can find Penguins odds for each game on all online sportsbooks in Pennsylvania. To start betting, you’ll need to register on a sportsbook of your choosing and complete all required steps to set up your account. Right now, you can only place NHL futures, but the individual game odds are released well in advance.

Spread betting is not as interesting for hockey bettors as it is for football bettors, since the goal differences in hockey are not often big. However, you can place point spread bets for any of the Penguins’ games. Spread betting means wagering on the goal margin between the two teams. If the Penguins are the favorites against the Philadelphia Flyers, you might see a point spread like this:

This means the Penguins need to win by two goals to cover the spread and the Flyers need to stay within one goal or win outright to cover. Odds are often -110 on both sides to get bettors to wager evenly.

If the game is between two evenly matched teams, a total bet might be the way to go. Total bets are over or under a predetermined number of goals in the game. An example could be O 5.5 / U 5.5; if the result is 3-4, over bettors win, but if the game ends 2-3, the unders have it.

There are two types of proposition bets, or props. One type is team props, meaning you can wager on things like first team to score, which team is leading at first intermission, which teams gets the first penalty, and so forth. The other type is player props, which are options like Sidney Crosby to score, who scores the first goal in the second period, and who gets the first penalty. Each online sportsbook has a big selection of props with good odds, although potential injuries and the starting goaltender will alter the odds pretty quickly.

You can also place these types of wagers like during the game. The odds change quickly, but shrewd bettors can make some excellent bets if they sense a goal coming or one team gaining control of the action. Live betting is available for all Pittsburgh hockey games on all PA online sportsbooks.

Futures are bets on upcoming events. You can wager on the winner of the Stanley Cup, Conn Smythe Trophy, or the division winners. Future odds change as the season progresses and teams fall out of playoff contention, so in general the earlier you bet, the bigger the potential payout. Currently, the Colorado Avalanche odds are the best to win the Cup and the Maple Leafs are considered most likely to win the East. 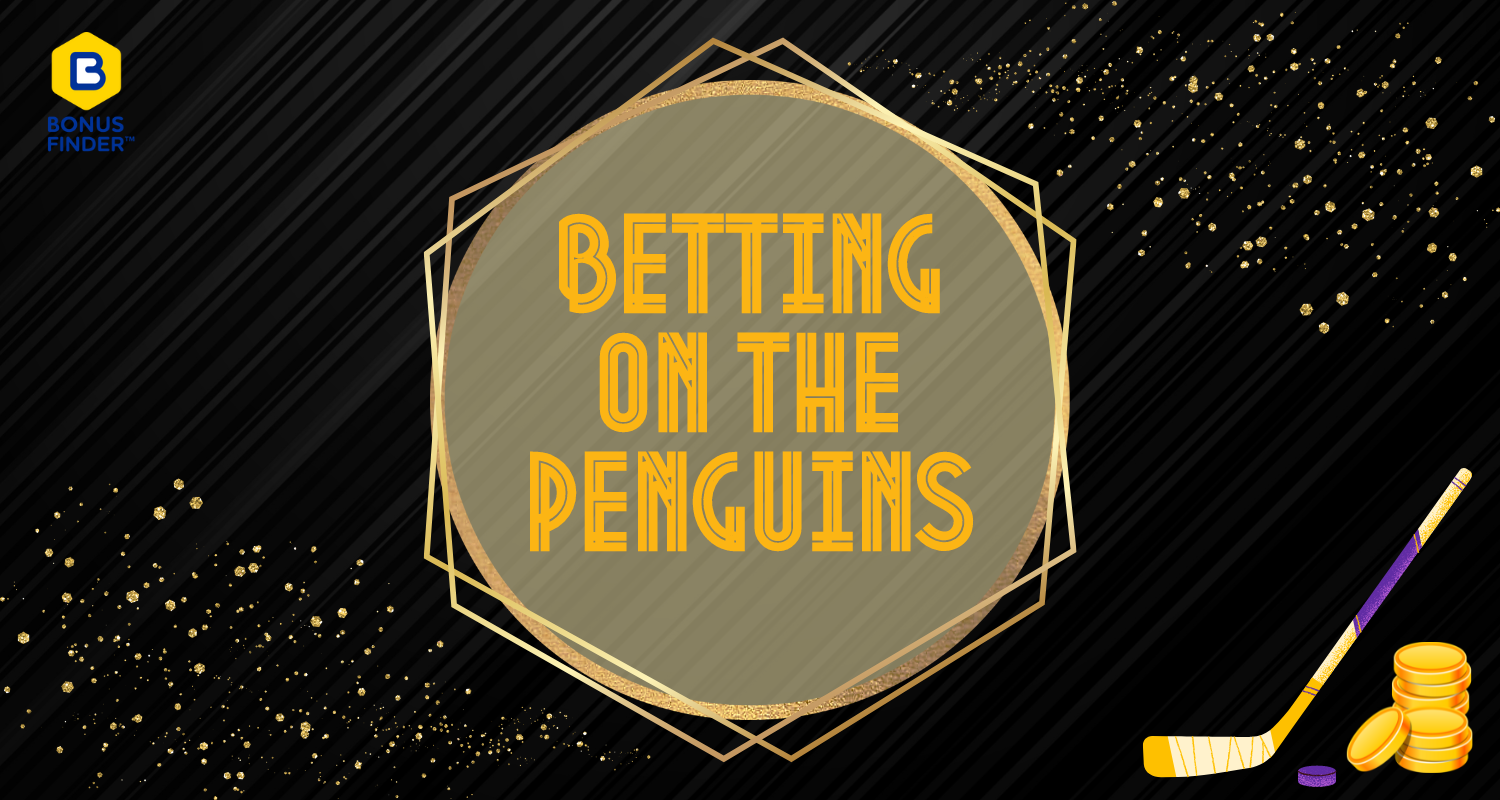 You can wager on the Penguins on all PA online sportsbooks.

Betting on hockey is quite simple and there isn’t any particular strategy you can follow. If you follow the Penguins actively, you’ll know their top players, the results of recent games, and the upcoming games. To get started with online wagering, you can follow these tips:

Pennsylvania sports betting has over 10 legal online sports betting sites you can choose from. Each of the PA hockey betting sites has a welcome bonus, great Penguins and NHL markets, and odds boosts for some games. You can sign up on several books to find out which one you like the best and to make sure you get the best odds for your bets. Rivers Casino and BetRivers are the official partners of the Pittsburgh Penguins, and have a lounge at the Arena.

1️⃣ What are the odds of Pittsburgh Penguins winning the Stanley Cup?

Currently, the odds are between +1800 and +2100 on most sportsbooks in Pennsylvania. The Pens are not the favorites to win the Cup this season, but stranger things have happened (looking at you, 2019 St Louis Blues).

2️⃣ Where can I bet on the NHL?

All PA sports betting sites offer NHL betting. You can already bet on the winner of the Stanley Cup, and the game lines will be set in the near future. Here's a list of all PA online betting sites:

3️⃣ Who is the greatest Pittsburgh Penguin of all time?

It's a close call but we still have to say Mario Lemieux over Sid the Kid, although we might change our answer in the future. Mario changed the trajectory of the team, rescued the franchise when needed, and was one of the best to ever play the game. Without Mario, there would be no Pittsburgh Penguins we know today.