The Pittsburgh Panthers’ football team is facing a tough challenge this season without Heisman finalist Kenny Pickett and top receiver Jordan Addison. Their last season was excellent, can Pitt repeat it this year? 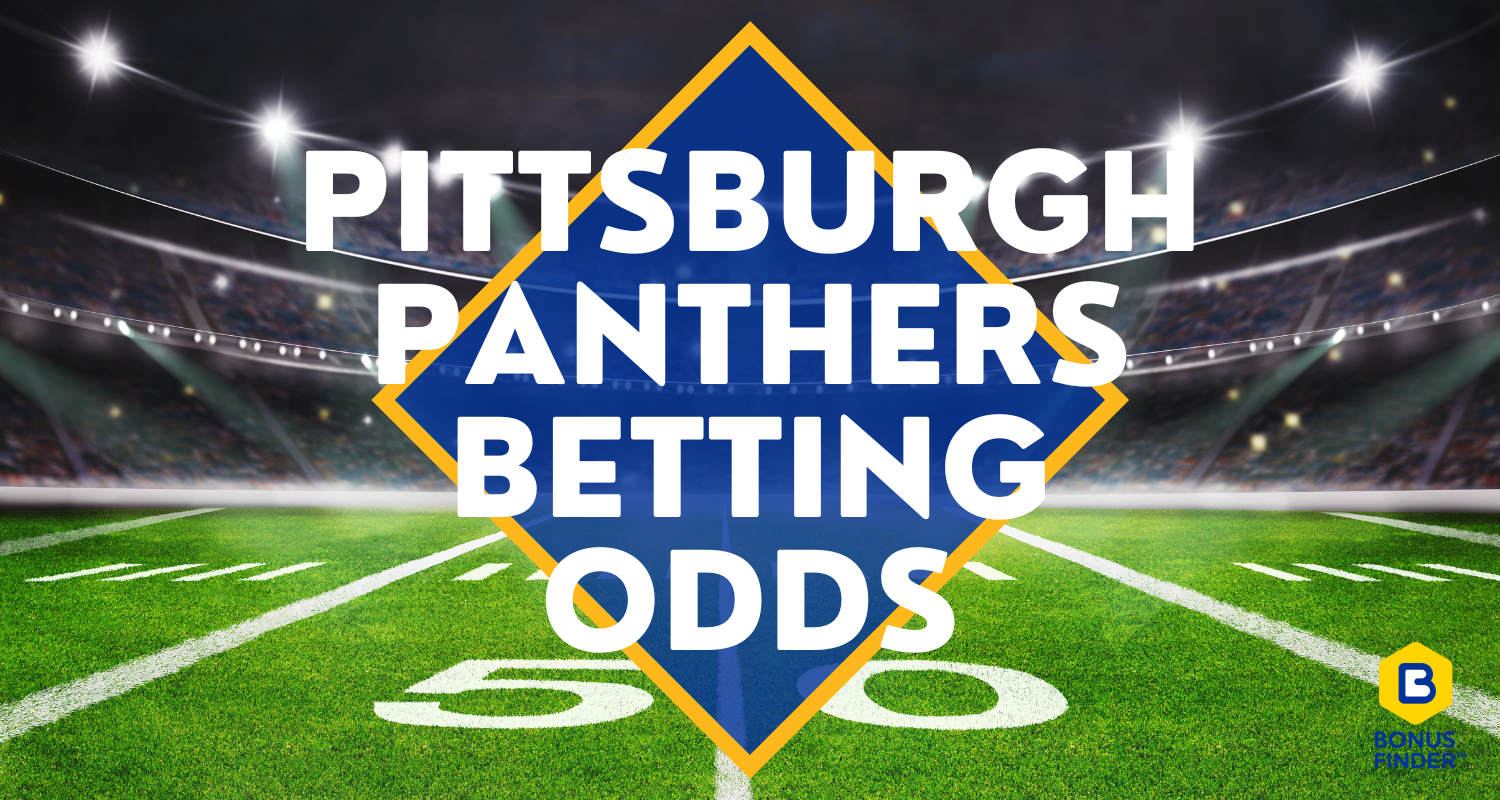 Pennsylvania allows betting on local college teams, so betting on the Pittsburgh Panthers football team is allowed. You can wager on all of their games during the 2022 season.

The Pittburgh Panthers are ranked third on most PA sportsbooks when it comes to winning the ACC Championship. Clemson and NC State rank ahead of Pitt with more favorable odds, but Pittsburgh’s last season proved that the conference is quite close. This year, Pitt is only meeting Miami at the last game of the season but avoids Clemson and North Carolina altogether.

University of Pittsburgh is not the favorite to win the National Championship, but the sportsbooks are split on the odds. However, Pittsburgh’s not likely to win so we wouldn’t recommend wagering on this future for Pittsburgh. Alabama is once again the frontrunner for the title, but a few other teams also have a chance to win. 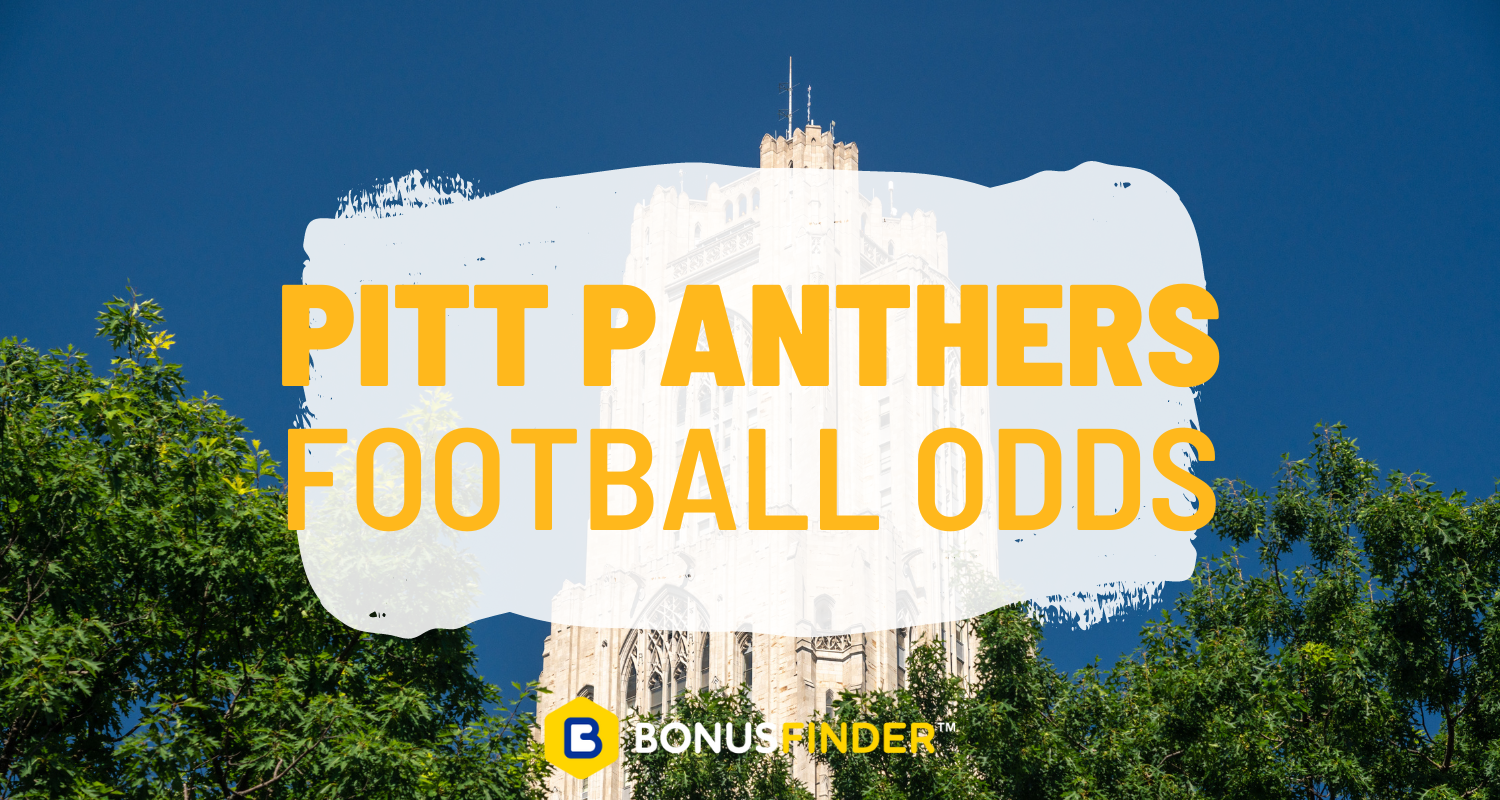 Pittsburgh is not the favorite to win the ACC, but they topped the conference last season due to excellent offense.

The Panthers had a great 2021 season, finishing 11-3 and winning the ACC. Now they face a challenge as Heisman finalist QB Kenny Pickett was drafted by the Pittsburgh Steelers and Biletnikoff winner WR Jordan Addison transferred to USC. New transfer Kedon Slovis from USC is expected to fight for the starting QB position with Nick Patti, a senior who backed Pickett for three seasons at Pitt.

The Panthers get some help from their schedule, as they don’t meet the ACC powerhouses Clemson and NC State this season. Last season, the offense was outstanding, but with a new QB in the helm, Pitt is expected to struggle a bit at least at the start of the season. The defense, on the other hand, is still excellent and highly-rated.

Betting on the University of Pittsburgh football team is very easy once you know the differences among the different bet types. If you are new to sports betting, below are a few of the main types of wagers you can place on the Pitt Panthers.

Point spread betting is the most common form of football betting, whether you’re wagering on pro or college teams. Point spreads indicate the favorite and what the point margin between the two teams is expected to be. If you wager on Pitt with -7 spread and -110 odds, you think Pittsburgh will win by more than seven points and you must place a $110 bet to win $100. Vice versa, if the spread was +7, the Panthers would have to stay within seven points or win outright for you to win the bet.

If you are not certain on the margins or it feels a bit confusing, moneyline bets are a simpler way to wager on the Panthers. A moneyline bet is placed on the team you think will win the game; the favorite is marked with a minus sign, just like on the point spreads.

The third type of a straight bet you can place on the Panthers is total or over/under bet. This wager type lets you bet on the number of points scored in a game; is it over or under a predetermined number like 45 or 54? You don’t need to know the exact score, just whether the game will be a high or low scoring affair.

Futures are bets on future events, like the National Championship winner, ACC winner, or the Heisman Trophy winner. You can place futures on Pitt on any of the online sportsbooks in Pennsylvania, but they currently don’t have much chances of winning any of these titles. However, their last season’s ACC Championship does prove that anything can happen, but with so many questions in the air about Pitt’s offense, maybe this season make only small bets on futures.

Prop bets are allowed in Pennsylvania on teams only, so no player props are available. However, bettors can bet on the first team to score or which team is leading at halftime. 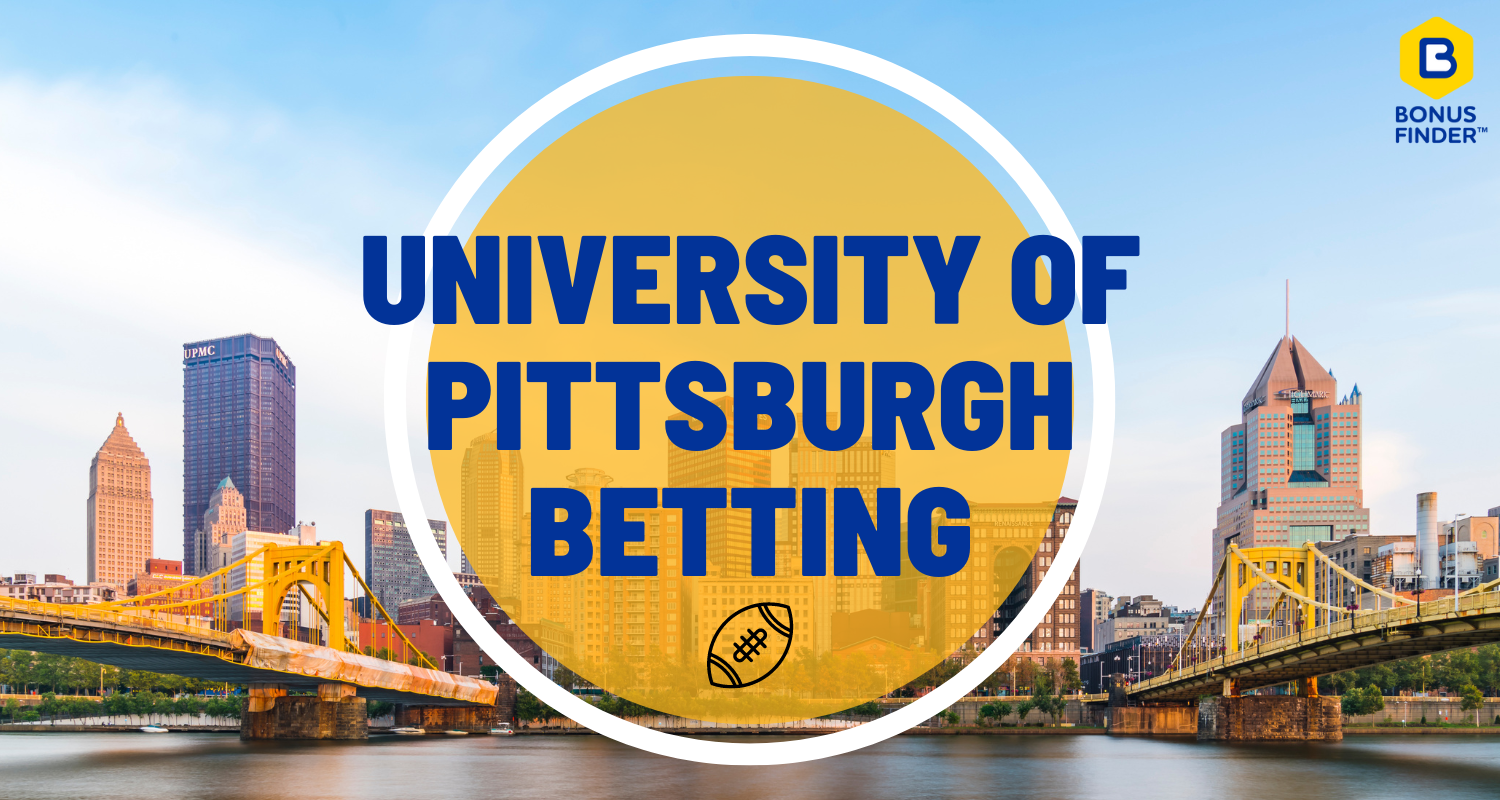 You can place straight bets, futures, and props on the Pitt Panthers. You can also place parlays on college football on many online sportsbooks in Pennsylvania. The Penn State odds are also great on many sites.

1️⃣ Who will win the ACC Championship?

Clemson is listed as the favorite to win the ACC Championship on most Pennsylvania sportsbooks.

2️⃣ Who are the best-known players to have played at Pitt?

Dan Marino, Tony Dorsett, Curtis Martin, Larry Fitzgerald, Mike Ditka, and Bill Fralic are just some of the former NFL players who attended the University of Pittsburgh. Currently, former Pitt QB Kenny Pickett is the starter for the Pittsburgh Steelers.

3️⃣ Where do the Pitt Panthers play their home games?

At the Acrisure Stadium, located in the North Shore neighborhood of Pittsburgh.