Philadelphia Eagles are off to an excellent start in the NFL. Pennsylvania online sportsbooks have plenty of online betting opportunities and you can wager on the Eagles starting right now. You can find all the latest Eagles odds right here for the 2022 NFL season. 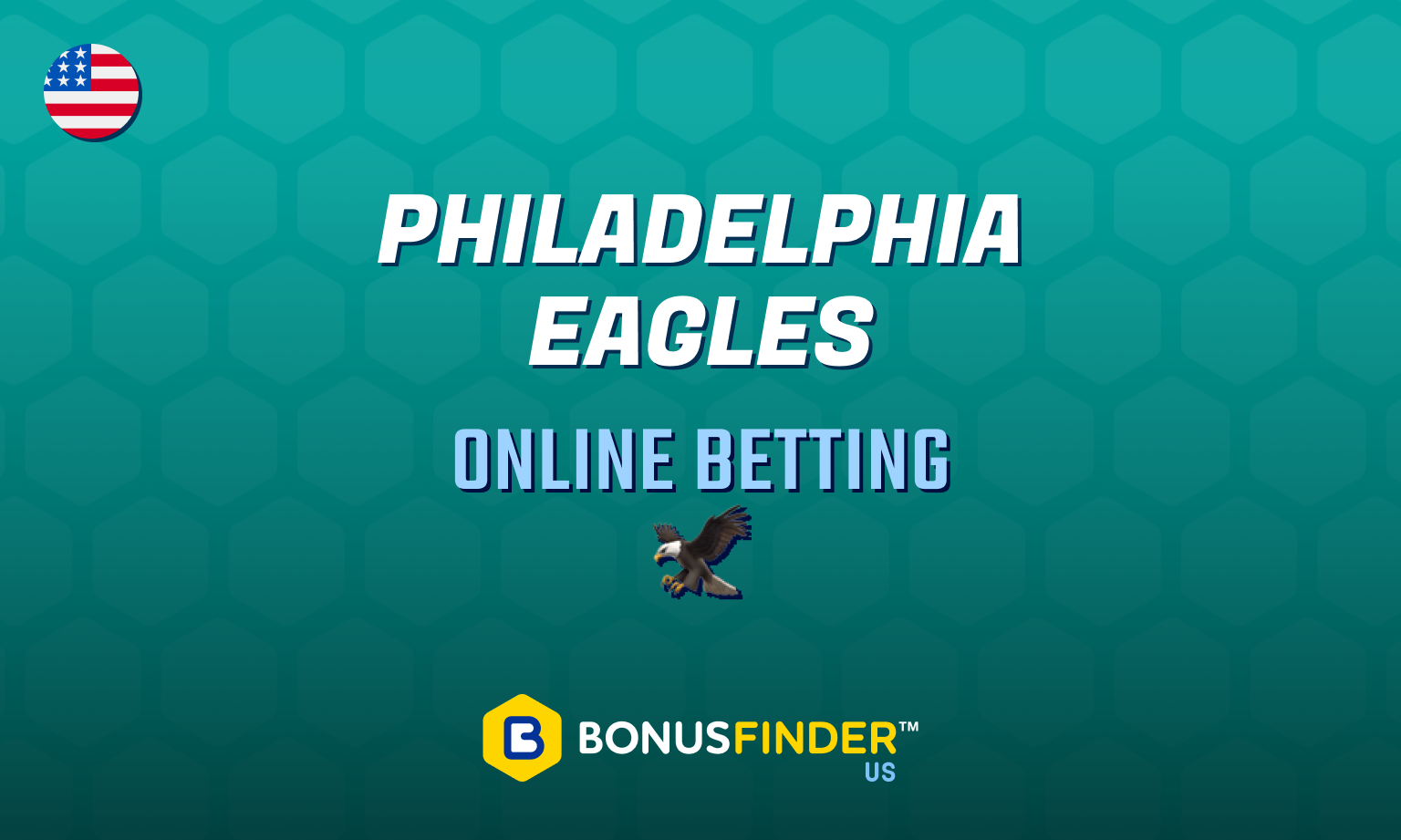 Bet on the Philadelphia Eagles with PA online sportsbooks!

#GoBirds! Philadelphia Eagles are on their 91st season in the National Football League. Here you can find all the latest odds, betting tips, the season schedule, and much more! 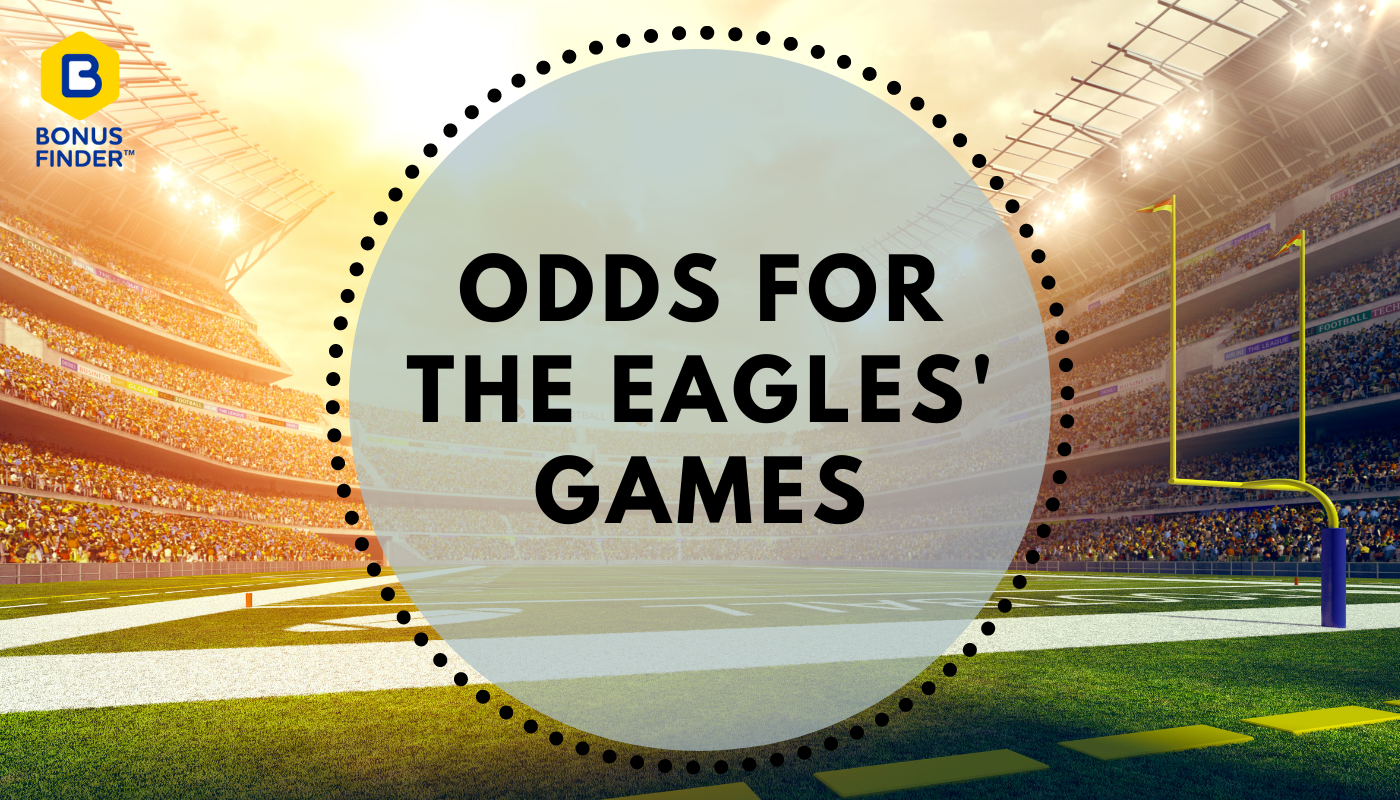 Get the best odds from PA sportsbooks for Eagles betting.

Week 9 of the NFL season kicks off Thursday night with a game involving the league's lone undefeated team. Despite…

The undefeated Philadelphia Eagles are traveling to Arizona for their NFL Week #5 match-up against the Cardinals (2-2). The game…

The Philadelphia Eagles are flying high with a 3-0 start to the 2022 NFL regular season. Although their first game…

This week, the Philadelphia Eagles are meeting the Washington Commanders on FedEx Field in Maryland. You can catch the game…

Monday Night Football this week features the Minnesota Vikings and Philadelphia Eagles, facing off at 8:30 PM at the Lincoln…

The Philadelphia Eagles added some good talent on their roster this year and have been excellent thus far in the regular season. Jalen Hurts improved his weaknesses significantly, Dallas Goedert shines as the #1 Tight End, and the addition of A.J. Brown has made this offense unstoppable.

Since that first game, Philadelphia has been dominant. They defeated rivals Dallas Cowboys in addition to the likes of the Vikings, the Commanders, and the Cardinals. The Eagles were 8-0 at mid-season, which boosted expectations for the team as they are leading the NFC. The team took their first loss at Week #10, when the Commanders topped the Eagles 32-21, but bounced back the following week to defeat the Colts and then the Packers.

🦅 How to Bet on Football

Every PA online sportsbook offers tons of betting opportunities on the Philadelphia Eagles, as the NFL is by far the most popular sport to bet on. You can sign up on any of the NFL betting sites we recommend and find the current odds for each bet type. 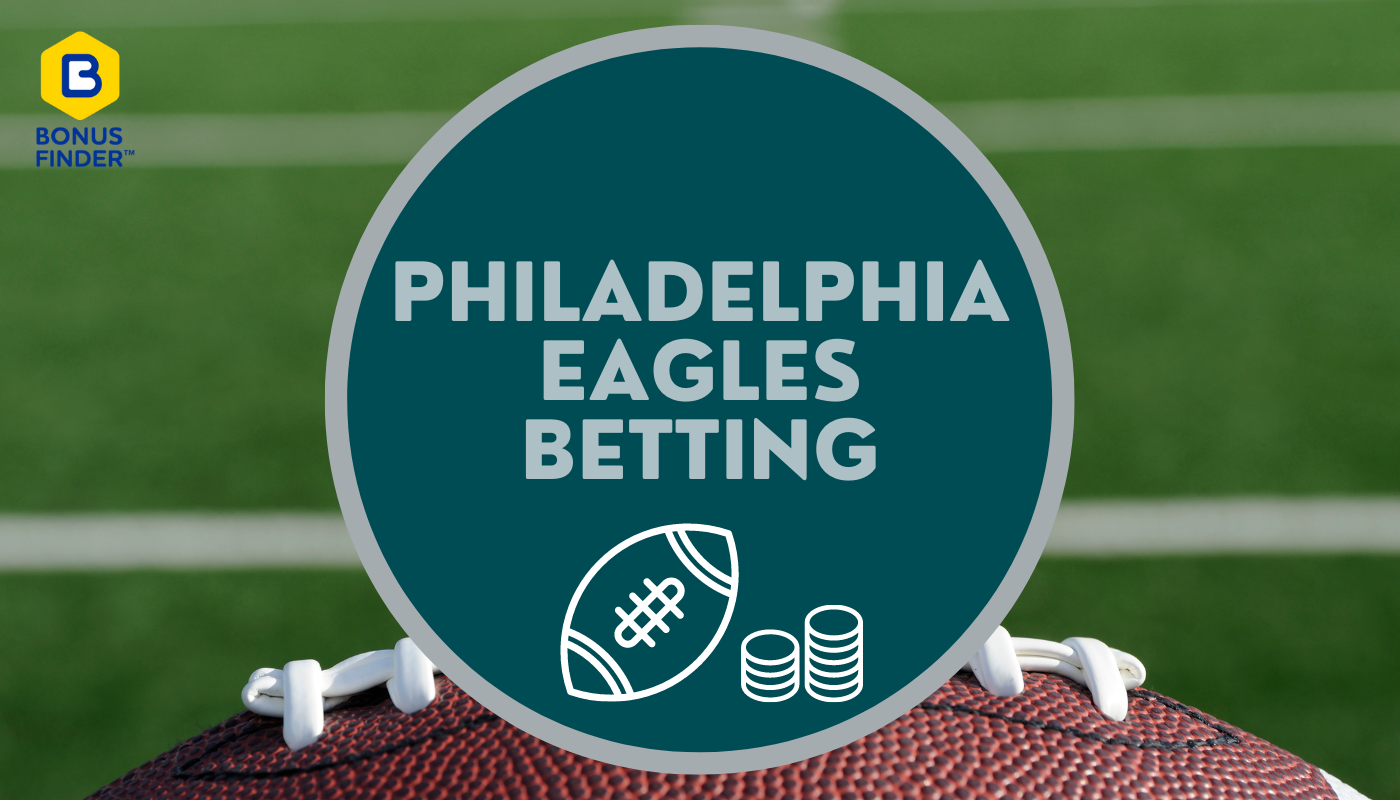 Bet on the Eagles every week during the NFL season.

A Good Start to the Season: The Eagles stumbled out of the gate in 2021 with a 2-5 start to the season. This year, they were undefeated until Week 10, which means the Eagles are now the favorites for basically all of their games, so check out the spreads for good bets.

Early BYE: The Eagles BYE week was Week 7, early on in the season. The Eagles were able to keep momentum up, but their schedule still has a few tough games in store, like Week #16 Cowboys match.

The A.J. Brown Factor: A.J. Brown’s deal with the Eagles came as a surprise to many and lifted the team’s status immediately. Brown and Hurts have found a connection on the field in their first games, so fans should be optimistic the Eagles can fight for the top seeds in the NFC.

Philadelphia started the season on the road in Detroit with a win. Eagles took on former QB Carson Wentz in Week 3, and met former rivals the Pittsburgh Steelers in Week 8. The following week, Eagles defeated the Texans, a team that’s never beaten Philadelphia. The Eagles meet their division rivals at the end of the regular season.

Pennsylvania sports betting has over 10 legal online sportsbooks you can choose from if you want to bet on the Eagles. Each sportsbook has a great welcome bonus, tons of betting markets, and great promos during the NFL season. Unibet is the official sports betting parner of the Philadelphia Eagles and are sure to provide a lot of additional content during the games. Check out our PA sportsbook promotions page for more details. 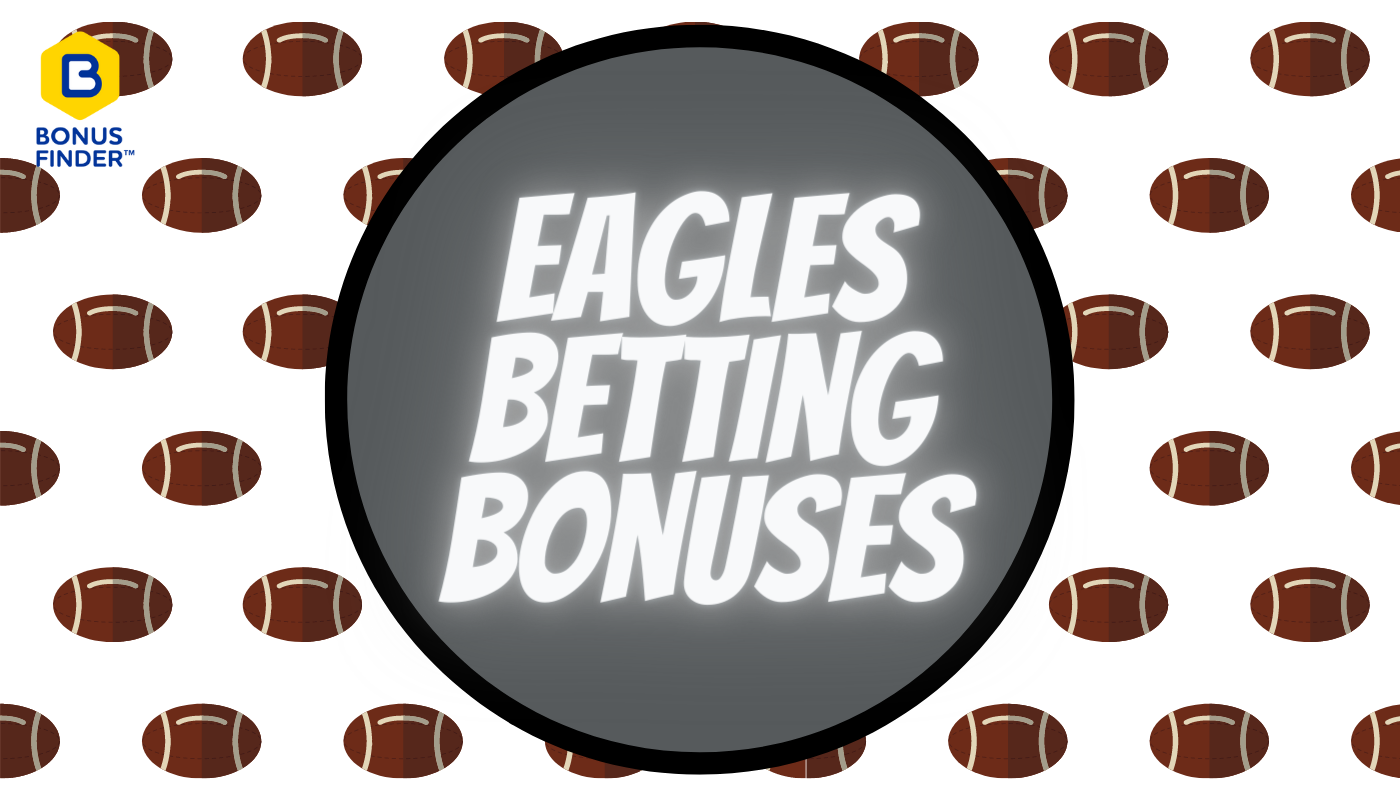 Pennsylvania sports betting sites give bettors excellent bonuses they can use to bet on the Eagles.

Below are some of the key stats from this season.

Philadelphia had a pretty successful draft in April 2022 and made some excellent deals to bolster the team as well. Jurgens is expected to follow in Kelce’s footsteps, while Davis is hoped to make a difference in defense this season already.

The Eagles bounced back from a disastrous 2020-21 season with a decent outing in 2021-22. First year Head Coach Nick Sirianni was able to bring the Eagles back to the playoffs with a 9-8 record, although they had to bow out in the Wild Card round after they lost 15-31 to Tampa Bay.

Despite the early exit in the playoffs, Philadelphia was able to top the league in rushing offense and placed 2nd in the NFC East. 2020 draft pick Jalen Hurts was chosen as the starting quarterback and while he had some definite star moments during the season, his performance in the Wild Card game was somewhat disappointing. Jason Kelce had yet another Pro Bowl qualifying season and contemplated retirement, but ended up signing with the Eagles for one more year. Defense was the Eagles’ downfall and defensive coordinator Jonathan Gannon has his work cut out for him in the upcoming pre-season.

2️⃣ How many times have the Eagles won the Super Bowl?

Just once in 2017. They also have won three championships prior to the unification of NFL and AFL.

3️⃣ Where can I bet on the Eagles?

All legal online sportsbooks in Pennsylvania online gambling provide odds on the Eagles. This means you can just choose your favorite site and start betting online! In addition, several of the PA land-based casinos have retail sportsbooks where you can also bet on the Eagles.