College football is back and the Nittany Lions are trying to get back into the Bowl games. With a good team and long-term head coach back in the helm, Penn State is a real contender in the Big Ten Conference. Let’s check out the current odds for the next game!

🏈 Penn State Odds for the Next Game 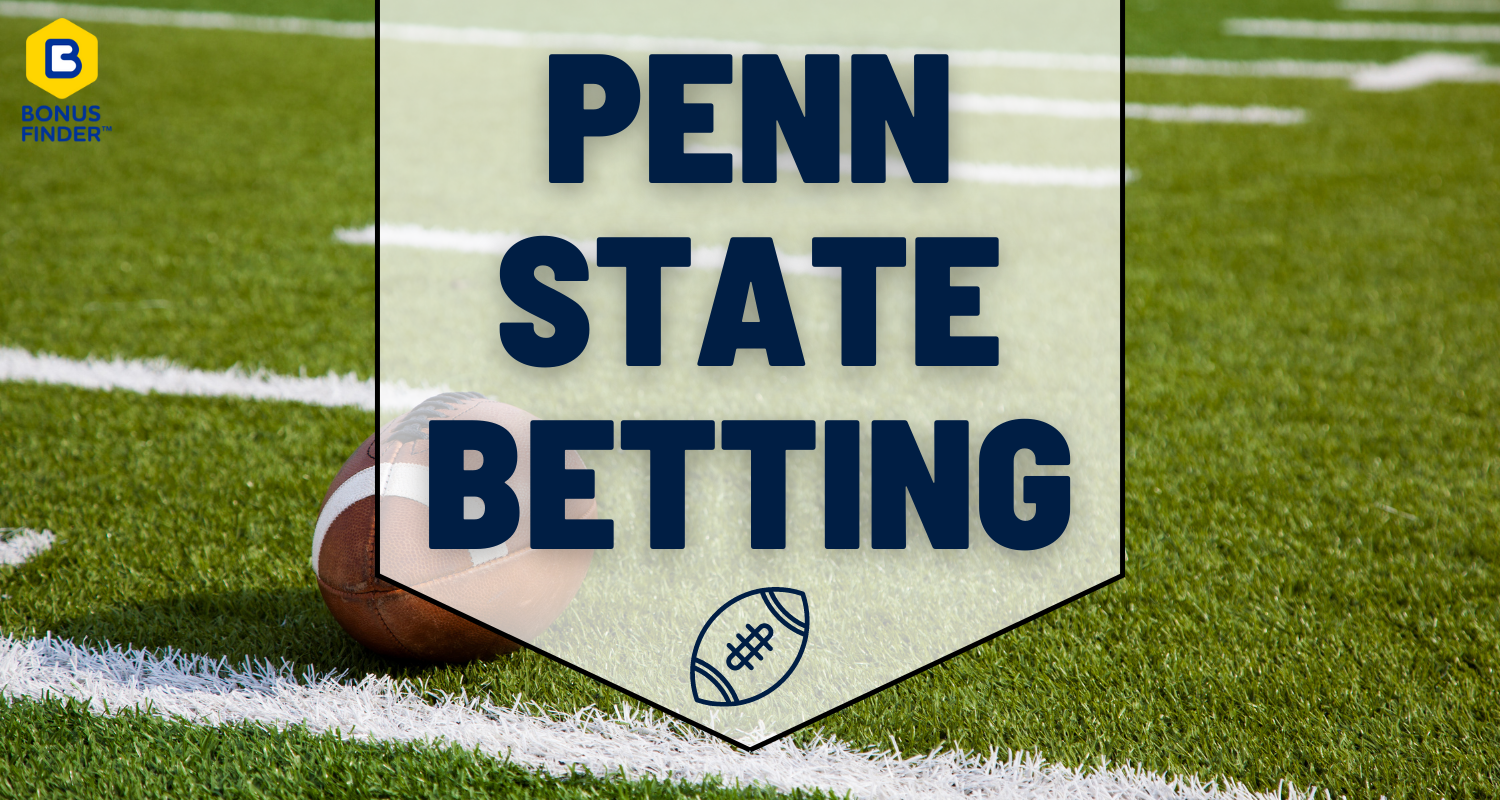 Start betting on Penn State this season with the best sportsbooks in PA.

Penn State will again be heavy favorites in week 12 when they host the Michigan State Spartans. It will be a 4 PM kickoff on Saturday, November 26th.

The Nittany Lions are heavy favorites heading into the contest. There are a few differences among the biggest books in Pennsylvania, so choose the one you like the most to wager on the game.

All major online sportsbooks in PA have posted the over/under lines for the game, but there are some differences in the expected score. On BetMGM PA, you can bet over or under 52.5 points.

Big Ten’s perennial top team, Ohio State, is once again the one to beat in the Conference. Alabama is the favorite for the Championship, followed by Ohio State and Georgia. Penn State is not ranked at the top for either but are well-positioned to fight for a place in the Bowl games this year. 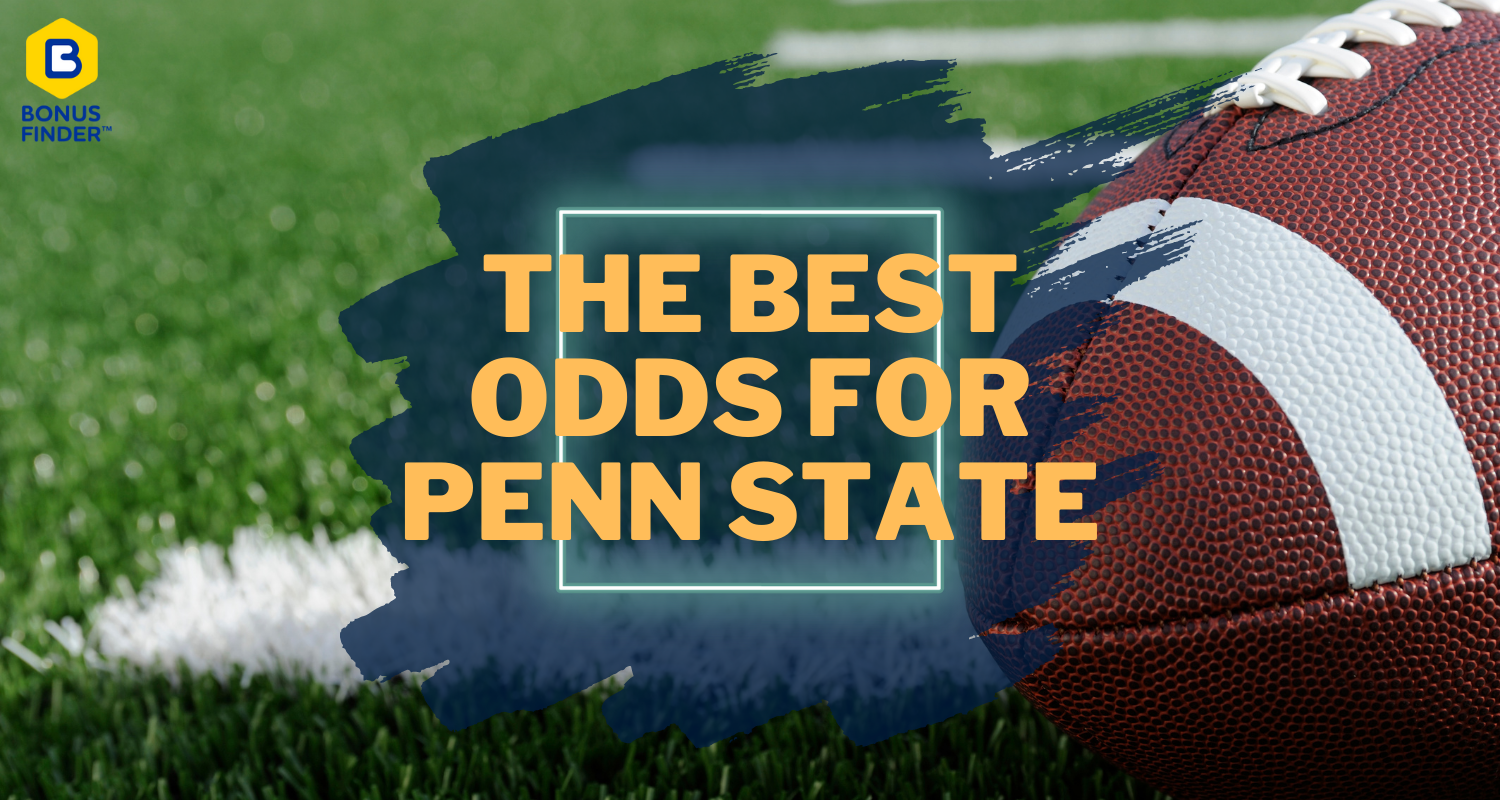 Find all the latest Penn State odds from BonusFinder US.

The 2022 season starts off with an away game against Purdue, followed by non-Big Ten games. If Penn State gets off to a good start, they are in a position to win back-to-back in Ann Arbor. If the Nittany Lions have any hope of winning Big Ten, the Ohio State game is a must-win.

Sixth-year quarterback Sean Clifford is back at Penn State for a final college season. Penn State added three transfers to offense: wide receiver Mitchell Tinsley from Western Kentucky, edge rusher Dameioun Robinson, and offensive lineman Hunter Nouzard from Cornell. Manny Diaz will be the new offensive coordinator, taking on the role after being the head coach of Miami.

In defense, some key players are returning with a few new additions. Fans at Happy Valley have every reason to be optimistic about Penn State’s defensive line and can expect a good showing this season. Most sportsbooks base Penn State at 8 wins for the season, but there’s definitely a great chance for Penn State to exceed the expectations.

Penn State opened the 2021 season with 5-0 but QB Sean Clifford was injured during the Iowa game. After that, Penn State wasn’t able to bounce back and ended the season with a 7-6 record and dropping to Arkansas in the Outback Bowl.

Betting on college sports is allowed in Pennsylvania and you can bet on in-state college teams like Penn State. However, you won’t find player props for Penn State or Pittsburgh Panthers betting as those are not legal in Pennsylvania online gambling. The differences in college and NFL rules don’t affect betting as they are not significant relating to the results.

Aside from player props, you can still place several types of bets on Penn State. Each online sportsbook posts the odds for the games well in advance, meaning you can take your time browsing the sportsbooks to find the best odds for your chosen bets. 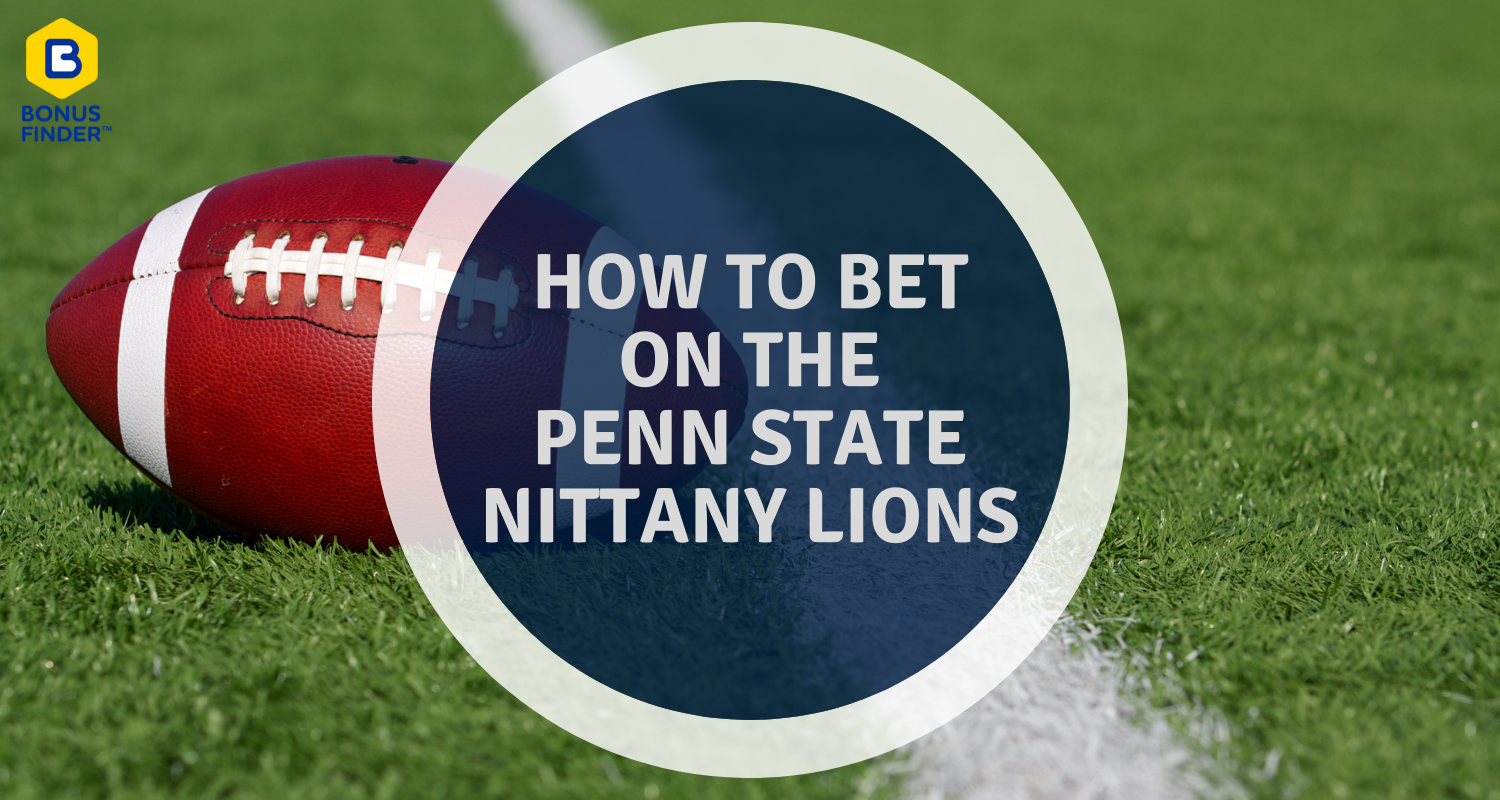 Online wagering on Penn State is easy; just get started with our tips!

Even though there are no drastic differences between NFL and college wagering, you might want to check out our tips on how to make the most of your betting experience. There are some regions who are more into college football than pro sports, meaning sportsbooks try to take care that they are not out of the loop when it comes the power rankings.

Now that you are ready to bet on Penn State, you just need to find an online sportsbook you like. PA online sportsbooks all have great odds, excellent bonuses, and easy-to-use apps. In general, you can’t go wrong with any of the books we recommend but there might be differences in odds and promos. That’s why recommend check out PA sports betting promos and signing up on a few books.

1️⃣ Who is the head coach of Penn State?

James Franklin is the head coach of Penn State football. He has been coaching the Nittany Lions since 2014 and while the early years were quite prosperous, the 2020 and 2021 campaigns were letdowns. There's still hope in Happy Valley that Franklin can turn the ship around this year.

2️⃣ Will Penn State football be good this year?

Penn State is definitely a contender in the Big Ten and since the last two seasons weren't great, they might come as surprise to some. Penn State got some great additions to their team and if everyone stays healthy, there's no reason why the Nittany Lions couldn't go far this season.

3️⃣ Has Penn State ever won a National Championship?

Sadly, Penn State doesn't seem to have a love-to-hate-them type of rival. The Ohio State/Michigan rivalry is legendary and it's unlikely that either of them would consider Penn State as their biggest rival in Big Ten, so the Nittany Lions have to settle for being the little brother to these two.