The Cincinnati Bengals playoff chances are 91.3%, which means that they will almost certainly make the playoffs. With week 13 in the books, the regular season will run for another 5 weeks, so a lot can happen, but currently, it’s looking good for Bengals chances of making the playoffs. If you have some skin in the game, you can grab some of the best Ohio sportsbook promos for betting on your favorite teams.

🏈 Bengals Playoff Odds Updated for Week 15 of the NFL

The Bengals win over the Cleveland Browns means that the team is now 97% to make the NFL playoffs. They’ve also increased their Super Bowl winning odds to +1000, meaning a 9.09% chance of lifting the trophy. 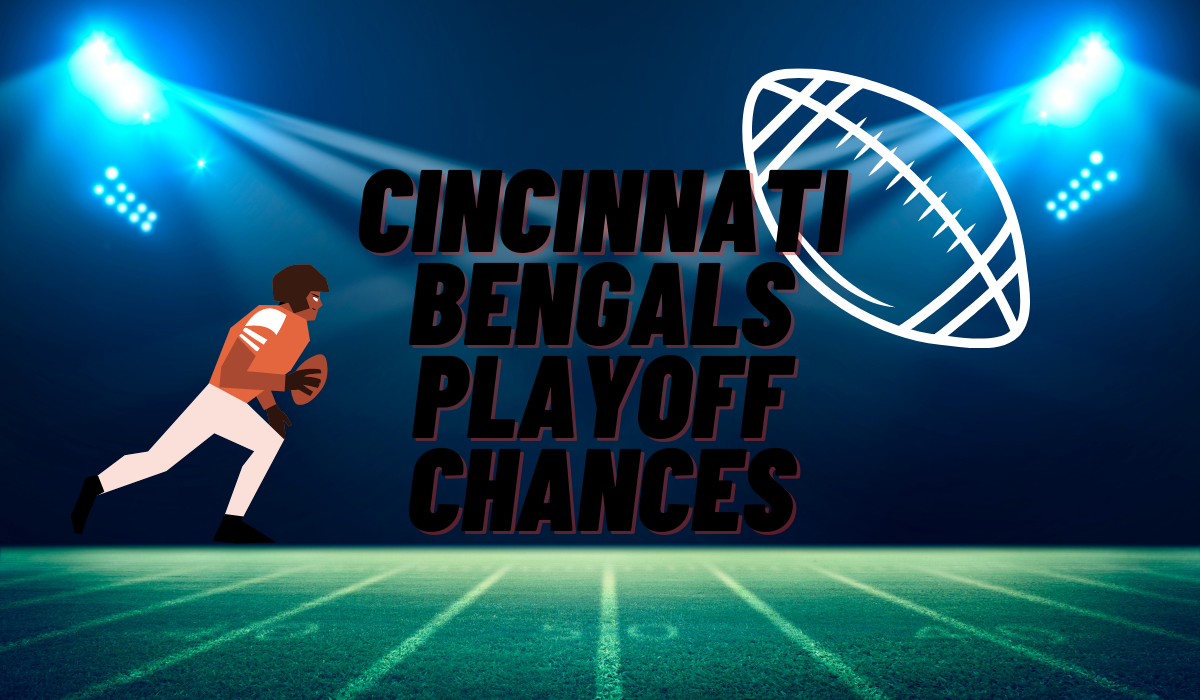 The Bengals are favored to make the playoffs this year.

Bengals playoff odds are no longer offered at US sportsbooks after their victory against the Browns. Their implied probability to go through to the playoffs is more than 97%. Without any misfortune, the Bengals are a lock for the playoffs.

The Bengals playoff games chances have increased significantly at several Ohio sportsbooks since the pre-season, where they were -144 favorites to make the playoffs, which is roughly a 59% chance.

Week 14 Predictions: Will the Bengals Beat the Bucks

The Bengals are on a four-game winning streak, and will next face the Tampa Bay Buccaneers in a game where they are a -180 favorite. By winnning the Bucks, the Bengals would secure their playoff spot.

🏈 Bengals Playoff Odds During the Season

Bengals NFL odds in the playoff contention are -1050 heading into Week 14. The odds have changed quite radically during the season, and sometimes the Cincinnati Bengals have even been underdogs for making a single playoff game.

How do I Bet on the Bengals to Make the Playoffs?

Bengals played in the Super Bowl in 2021, but their chances for clinching the national title are low at the moment. The Super Bowl odds for the Bengals increased to +1000, and they are now 10% underdogs to win the title. We’ve been tracking the NFL Super Bowl odds during the whole season, and this chart let’s you follow the Bengals progress throughout the season.

🏈 Cincinnati Bengals Schedule For The Rest of the NFL Season

There are still four remaining games left for the Bengals before the playoff games begin, including tough opponents in the Buffalo Bills and the New England Patriots. However, the Bengals have good chance of making the playoffs.

What Are the Bengals Playoff Chances?

The Cincinnati Bengals chances are up to 97% at most sportsbooks after their win over the Browns in Week 14.

What Are the Bengals Odds to Win the Super Bowl?

The team is about 10% likely to win the Super Bowl at the moment. With Ja'Marr Chase back, the teams chances might increase though.

What Division and League do the Bengals Play in?

Are Bengals Going to Get The Wild Card?

It's highly unlikely that Bengals are one of the wild card teams, as they should comfortably advance from the AFC North.