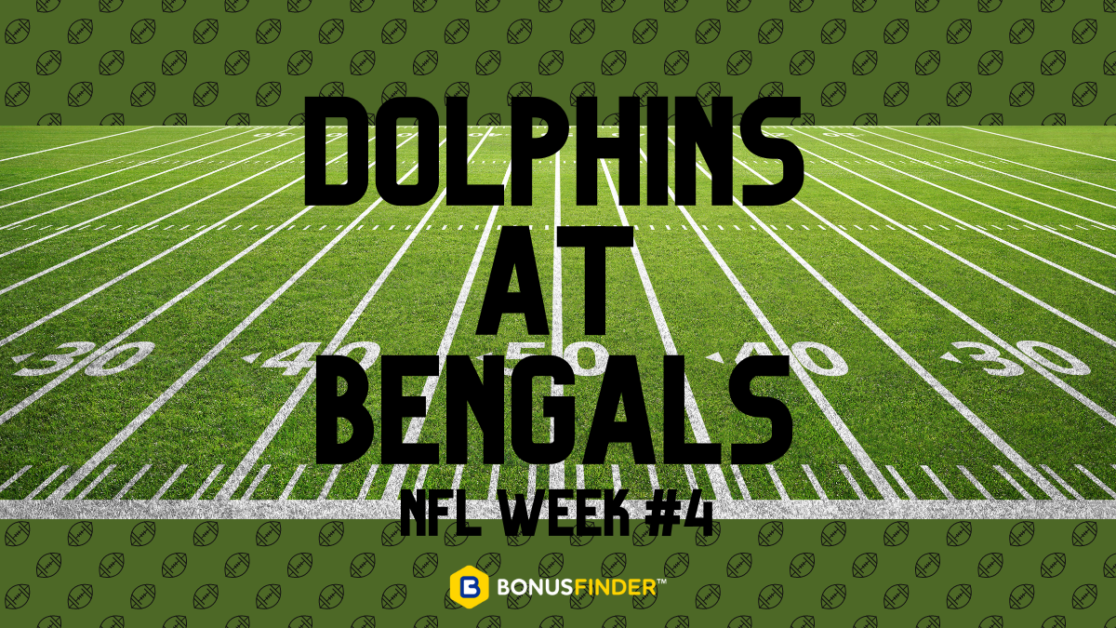 The Dolphins and the Bengals will kick off Week 4 of the NFL season on Thursday Night Football in Cincinnati. Both teams are coming off key Week 3 victories. The Dolphins defeated the Bills 21-19 to take sole possession of first place in the AFC standings as the lone unbeaten team left in the conference, while the Bengals cruised to a 27-12 victory over the Jets to avoid falling to 0-3.

Americans who are at least 21 years old and located in eligible states can use a variety of online or mobile sportsbooks to wager on Thursday’s action, but the lines below come from BetMGM Sportsbook, which is consistently rated among the top NFL sportsbooks in all the states where it operates. Those states include Arizona, Colorado, Illinois, Indiana, Iowa, Kansas, Louisiana, Michigan, Mississippi, Nevada, New Jersey, New York, Pennsylvania, Tennessee, Virginia, West Virginia, and Wyoming, as well as Washington D.C.

Dating back to last season’s strong finish following a dreadful start, the Dolphins have quietly won 11 of their last 12 regular season games. Given that context and Cincinnati’s struggles along the offensive line en route to a 1-2 start, Miami offers nice value as a 3-point underdog against last season’s AFC representative in the Super Bowl. It wouldn’t be surprising to see that spread diminish if money starts to pour in on the Dolphins, so consider locking in your bet on this favorable line as early as possible. The over/under is set at 47.5 points, and you can also bet on the Dolphins (+135) or Bengals (-160) to win outright.

A popular betting feature on BetMGM is the One Game Parlay, which allows you to craft a parlay consisting of your choice among a vast selection of prop bets. You can include a moneyline, spread or point total as part of your one Game Parlay or stick entirely to individual player props.

There’s no shortage of options to pick from when it comes to receiving yardage or touchdown props in Thursday’s game, as these teams boast arguably the two best 1-2 combinations in the entire NFL at wide receiver. Miami added Tyreek Hill in the offseason alongside second-year sensation Jaylen Waddle, while Ja’Marr Chase and Tee Higgins showed just how effective they can be together during last year’s playoffs. Betting early can help lock in a favorable spread or line on certain wagers, but waiting until closer to game time can be advantageous on One Game Parlays, as more options usually become available a day or two before kickoff.