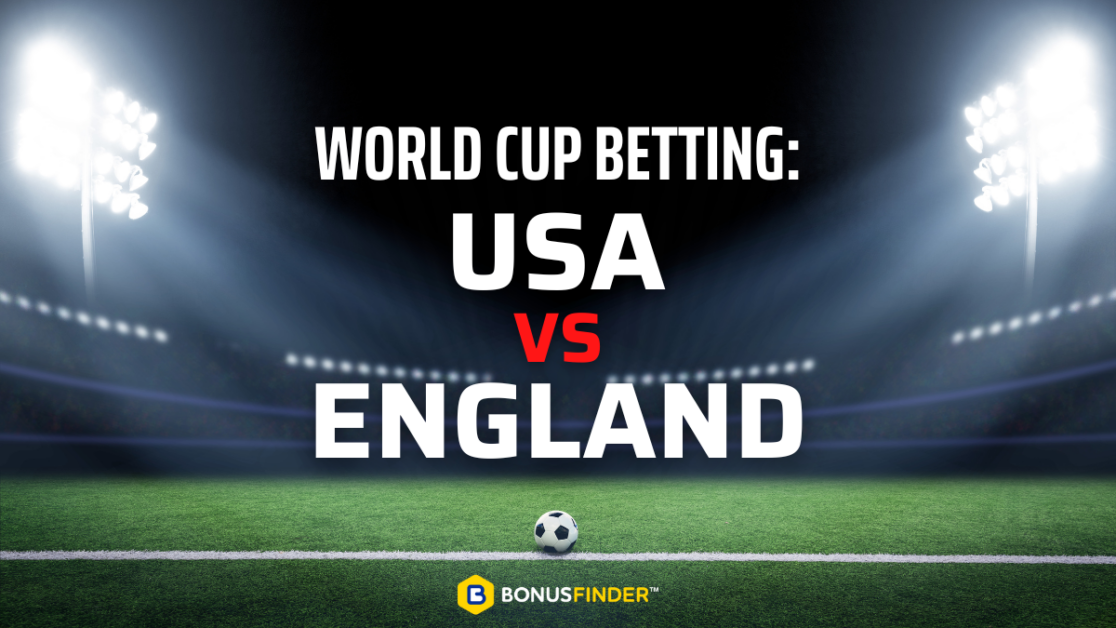 Arguably the world’s biggest sporting event of 2022 has begun; the men’s soccer World Cup officially got underway Sunday. There’s no shortage of exciting group stage matches to bet on, and you can place future bets on the winners of individual groups or the entire tournament, but the fixture that will capture most Americans’ attention will undoubtedly be Friday’s game between the United States and England at 2:00 p.m. EST.

While they don’t meet too often on the pitch, the rivalry between these two anglophonic international superpowers dates back centuries. America came out on top when the stakes were highest in 1776 and has subsequently produced numerous achievements in sports, culture, science and more, but soccer – or football as they call it across the pond – is one arena where England still reigns supreme. England tops the Group B standings with three points after Monday’s convincing 6-2 win over Iran, while the United States got only one point out of its tournament opener against Wales after giving up an equalizer in the 82nd minute of a 1-1 tie.

Various online or mobile sportsbooks may have slightly different odds and betting options on Friday’s game, so if you’re at least 21 years old and located in a state where online betting has been legalized, you can check the offerings at leading platforms such as BetMGM, Caesars Sportsbook, FanDuel Sportsbook, DraftKings Sportsbook, WynnBET Sportsbook, BetRivers Sportsbook or PointsBet Sportsbook. On BetMGM, England has -175 odds to beat the United States, a tie has +310 odds and an American win comes in at +475 odds.

Given the low-scoring nature of the sport, the tie is an enticing soccer betting option at those odds, which would pay out an additional $310 on a $100 bet for a total of $410. These two teams met in the group stage of the 2010 World Cup, and that match ended in a 1-1 tie. The only other World Cup meeting between USA and England came back in 1950, when the United States pulled off a 1-0 upset in the group stage. Overall, England is 8-2-1 against the United States. Their most recent clash came in an International Friendly in 2018, with England winning 3-0.