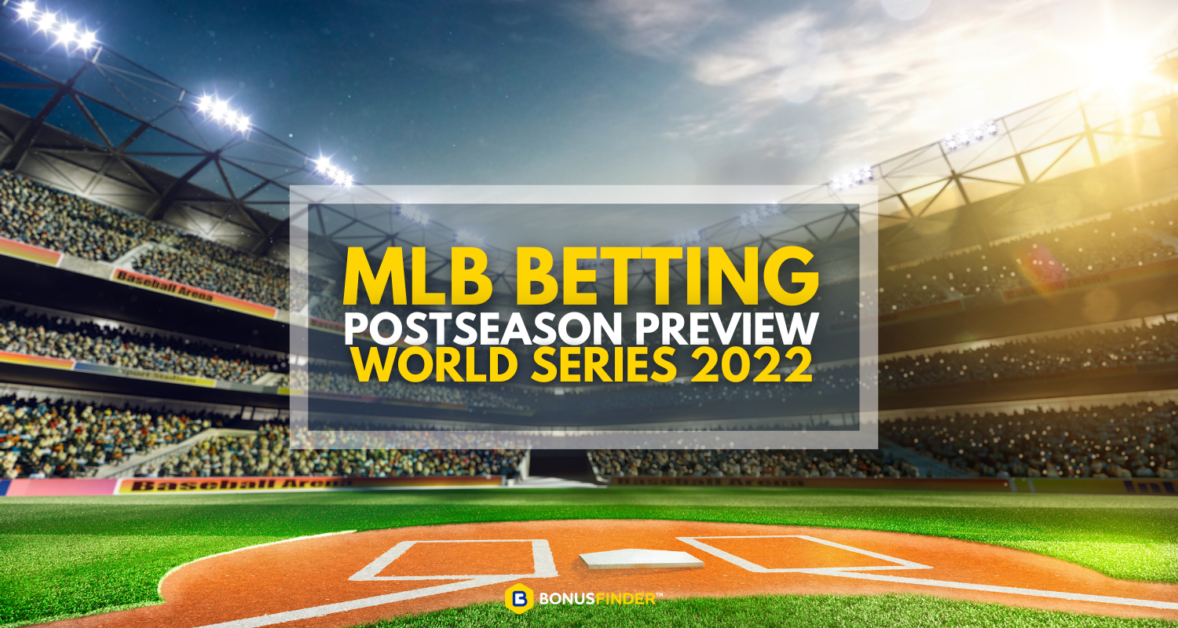 The 2022 World Series matchup has been set, as the Astros and Phillies will begin a best-of-seven series Friday. The first team to win four games will be crowned the champion of the 2022 MLB Season. With a number of World Series-specific promotions to choose from, as well as standard welcome offers, you can access numerous risk-free bets, odds boosts and more as you wager on the 2022 World Series on leading mobile sportsbooks such as FanDuel Sportsbook, DraftKings Sportsbook, Caesars Sportsbook or BetMGM.

After securing the top seed in the American League with a 106-56 regular season record, Houston has mowed down the competition in the playoffs, posting a combined 7-0 record against the young and exciting Mariners and the old and stale Yankees to reach the World Series for the fourth time in six years. The Astros have a dominant one-two punch atop their pitching staff in AL Cy Young Award candidates Justin Verlander and Framber Valdez, and things don’t get any easier for opposing batters after that; Houston’s 2.80 bullpen ERA was the best in baseball during the regular season, and that number has dropped to microscopic 0.82 in the playoffs.

While the Astros were expected to be here, the same can’t be said of the Phillies, who barely made the playoffs at 87-75 as the National League’s second Wild Card team. Philadelphia has proceeded to post a combined 9-2 record against the Cardinals, Braves and Padres in the postseason. Two of the Phillies’ top performers in this impressive playoff run have been two-time NL MVP Bryce Harper (four home runs, six doubles) at the plate and Zack Wheeler (1.78 ERA in 25.1 innings) on the mound.

After cheating their way to a championship in 2017, the Astros were denied in the 2019 and 2021 World Series. Whether karma had anything to do with those losses is up to you, but bettors should take note of Houston’s home/road splits in those three previous series, as the Astros have surprisingly gone just 3-7 at Minute Maid Park over those three matchups while winning six of 10 road games. NL East teams specifically have been Houston’s World Series kryptonite, as the Astros lost in seven games to the Nationals in 2019 and in six to the Braves last year.

You can bet on various aspects of the World Series, including the entire series, individual games or game/player props from within a game. Using the Same Game Parlay feature on a mobile sports betting app such as BetMGM Sportsbook will allow you to combine multiple props from a single game. Given his propensity for extra-base hits, betting the over on Harper’s total bases in Friday’s Game 1 is likely to pay off. If you believe Houston’s trends of struggling against NL East teams and at home in the World Series will continue, then you can add a Philadelphia moneyline or spread bet to your bet on Harper via the Same Game Parlay feature.