Top 3 Casinos in Illinois According to User Reviews 📍

Illinois is known as the home of hot dogs and deep-dish pizza, the starting point of Route 66 and, the birthplace of Superman. The state is also known as the “Land of Presidents” with eight former heads of state being born or living there, as well as being the first state to abolish slavery and an essential stop on the Underground Railroad for slaves escaping from the South. 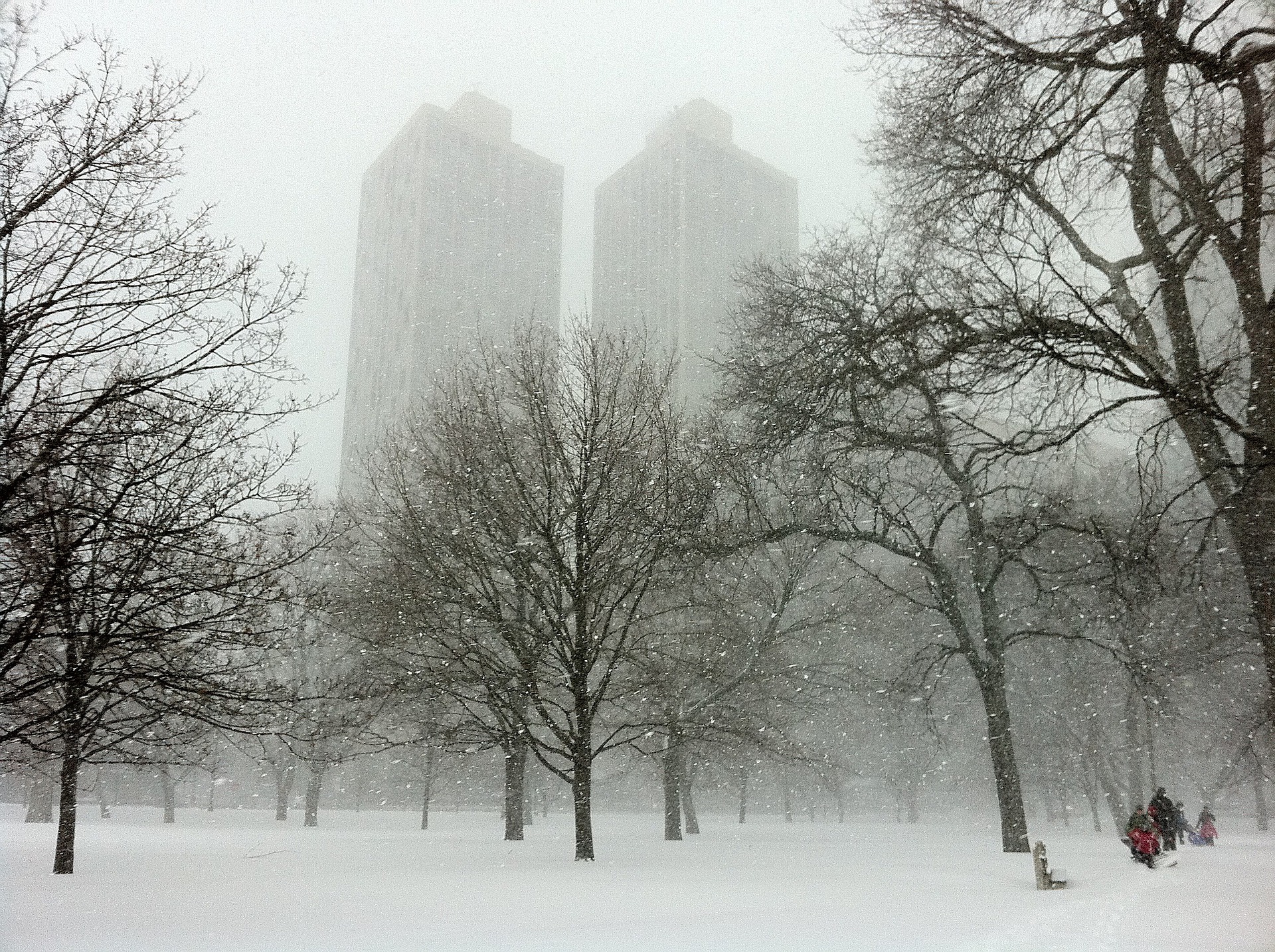 Gambling in Illinois is a relatively new phenomenon, with most of the action still taking place on riverboats or buildings “on water”. Here, we have broken down the pros and cons of each of the casinos to help you choose the one that best suits your interests.

Located in Rock Island, one of the cities that make up the Quad Cities region, the establishment is still widely referred to by its former name, Jumer’s Casino. The casino was recently rebranded as Bally’s Quad Cities after Bally’s Corporation purchased the property in 2021. Quad Cities is a region consisting of Moline, East Moline, and Rock Island in Illinois and Davenport and Bettendorf across the Mississippi River in Iowa.

With 4.5 out of 5 stars, Bally’s Quad Cities (which is still listed under the name Jumer’s Casino Rock Island) takes the top spot on our list.

Riverboat gambling started in the state of Illinois in 1992, after The Rock Island Boatworks began its gaming cruises. Casino Rock Island, along with another floating vessel called the Ockerson, were used as casinos and due to the legislation, could not be moored while the gambling took place. This changed in 1999 when Illinois legalized dockside gambling.

In 2002, Jumer’s Casino was given permission to relocate from downtown Rock Island, and the new land-based casino, including a hotel and a banquet center, opened in 2007.

The Jumer family sold the property to the hospitality company Delaware North in 2011. The venue changed hands again in mid-2021 after it was sold to Bally’s Corporation and later renamed Bally’s Quad Cities.

Bally’s Quad Cities has nearly 900 slot machines, from some of the newest ones in the market to the all-time favorites. They also cater a range of progressive slots suitable for each budget – from one cent up to $25.

Guests can also find the classics amongst the 16 table games, including roulette, craps, and blackjack. The casino also has a separate poker room with six live poker tables.

As part of the Quad Cities, Rock Island is a great place to visit if you wish to check out multiple destinations. Gamblers wishing to explore more can head across the Mississippi River to Iowa where they can either go to Rhythm City Casino Resort in Davenport or the Isle Casino Hotel Bettendorf. Both venues are less than a 25-minute drive from Bally’s Rock Island.

When it comes to dining, visitors have three options to choose from.

DJ’s Steakhouse, named after the company’s founder D. James Jumer, has a wide range of classics on its menu. Open from Thursday to Saturday, visitors can opt for vegetarian dishes such as French Onion Soup or House Salad, or choose their favorite from the list of cuts.

Open throughout the week except for Sundays, the Blue Square Cafe is home to all classics. From mouth-watering burgers to beer battered fish and chips, there is something for everyone.

Those who have a hard time choosing can head over to the Player’s Buffet, which is open from Friday to Sunday.

Those interested in sports betting should check out our Bally Bet Sportsbook review to get their exclusive promo code. For more information on Bally’s Quad Cities, head over to their website at www.casinos.ballys.com/quad-cities. 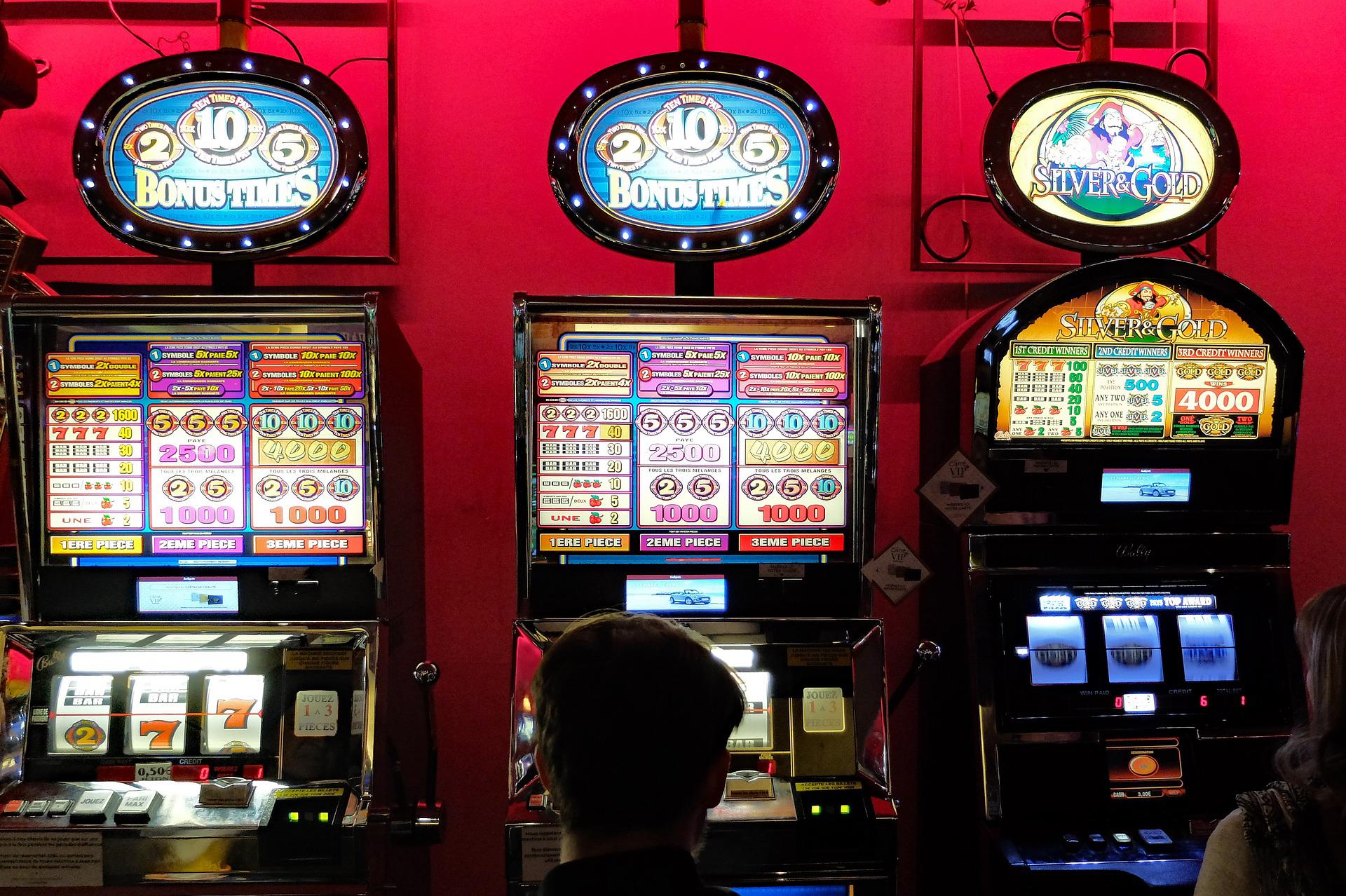 Traditional casino with modern amenities along the Des Plaines River

Located in Joliet, 35 miles southwest of Chicago, Harrah’s Joliet Casino can be found by the bank of the Des Plaines River. Customers have given the venue an average of 4 out of 5 stars, making it one of the best-ranking things to do in Joliet.

Three years after the legalization of riverboat gaming, Harrah’s Joliet launched its first boat in May 1993. The 210-foot yacht, which was named the Northern Star, was home to 500 slots and 40 table games. The boat got a companion, the Southern Star, the following year.

In 1999, a hotel was added and after the laws surrounding gambling were changed, Harrah’s replaced the two boats with two joined barges in 2001. The new space offered 40,000 square feet of gambling space and included over 1,100 slot machines and 31 table games.

The city is also home to the Joliet Correctional Center, formerly Illinois State Penitentiary, which has served as the backdrop for a few famous productions. Movie fans might recognize the building as the prison from which Jake Blues is released at the beginning of The Blues Brothers, thus explaining his nickname “Joliet Jake”. You might also know the prison as Fox River State Penitentiary, from which Michael Scofield helped his brother Lincoln Burrows escape in the first season of Prison Break. 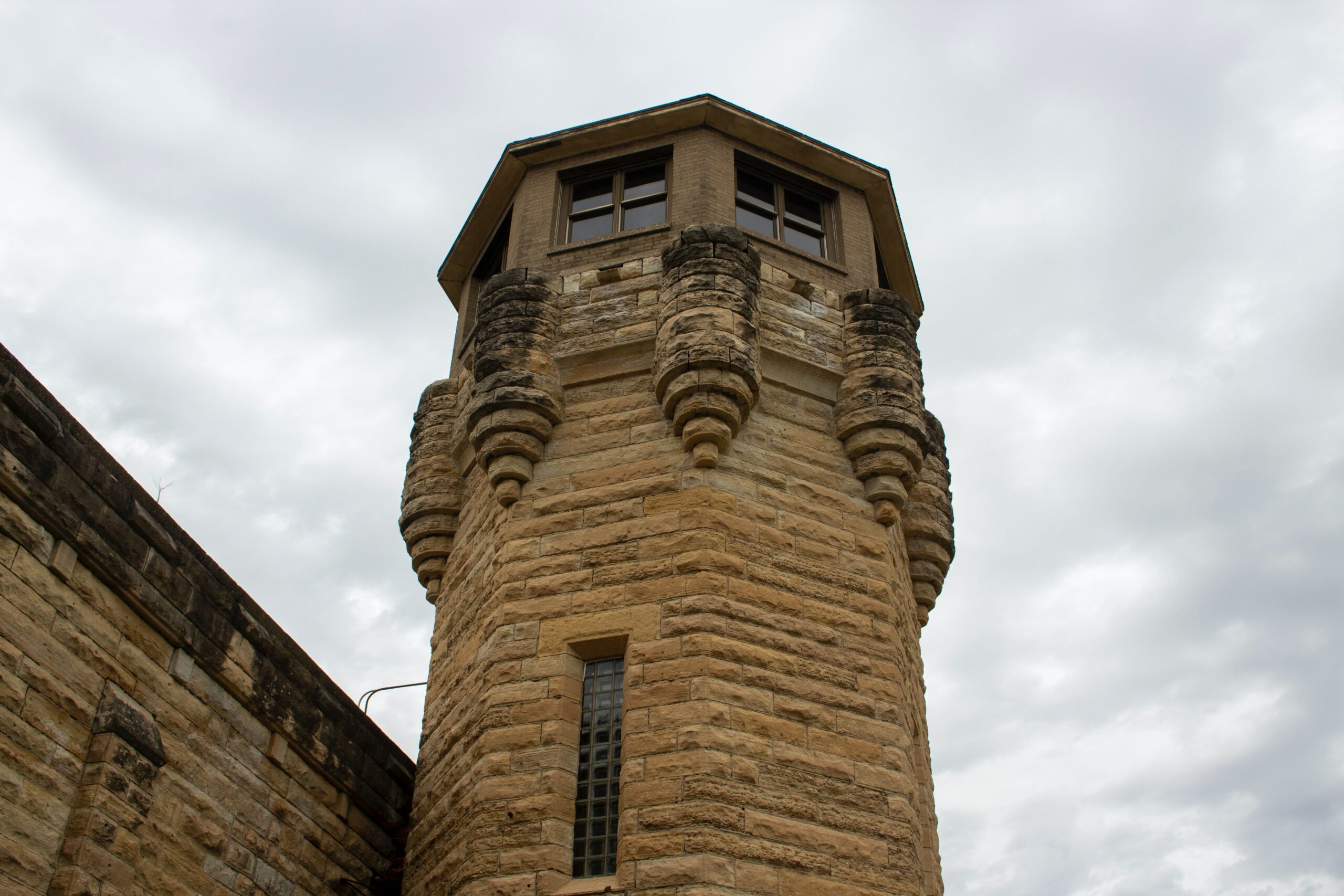 If you are looking for a more upscale place to spend your evening, The Reserve with its dark wooden fixtures and delicious appetizers should be the first one on your list. The menu includes some mouth-watering seafood options such as seared ahi tuna, lobster bisque, and blackened salmon. They also offer steaks and chops, and even meatloaf!

Diamond and Seven Stars Members can enjoy complimentary non-alcoholic drinks and dinner at the stunning Laurel Lounge with views of the river. Those who love their steaks and drinks can also try the specialty cocktails, such as Smoked Candied Bacon Old Fashioned or Meat Lover’s Mary.

For something cheap and efficient, guests can grab a quick bite at the Cross Street Grill or the Slice Pizzeria.

Guests have complained that the hotel that is part of the casino is outdated and the service has not been up to their standards.
For More Information 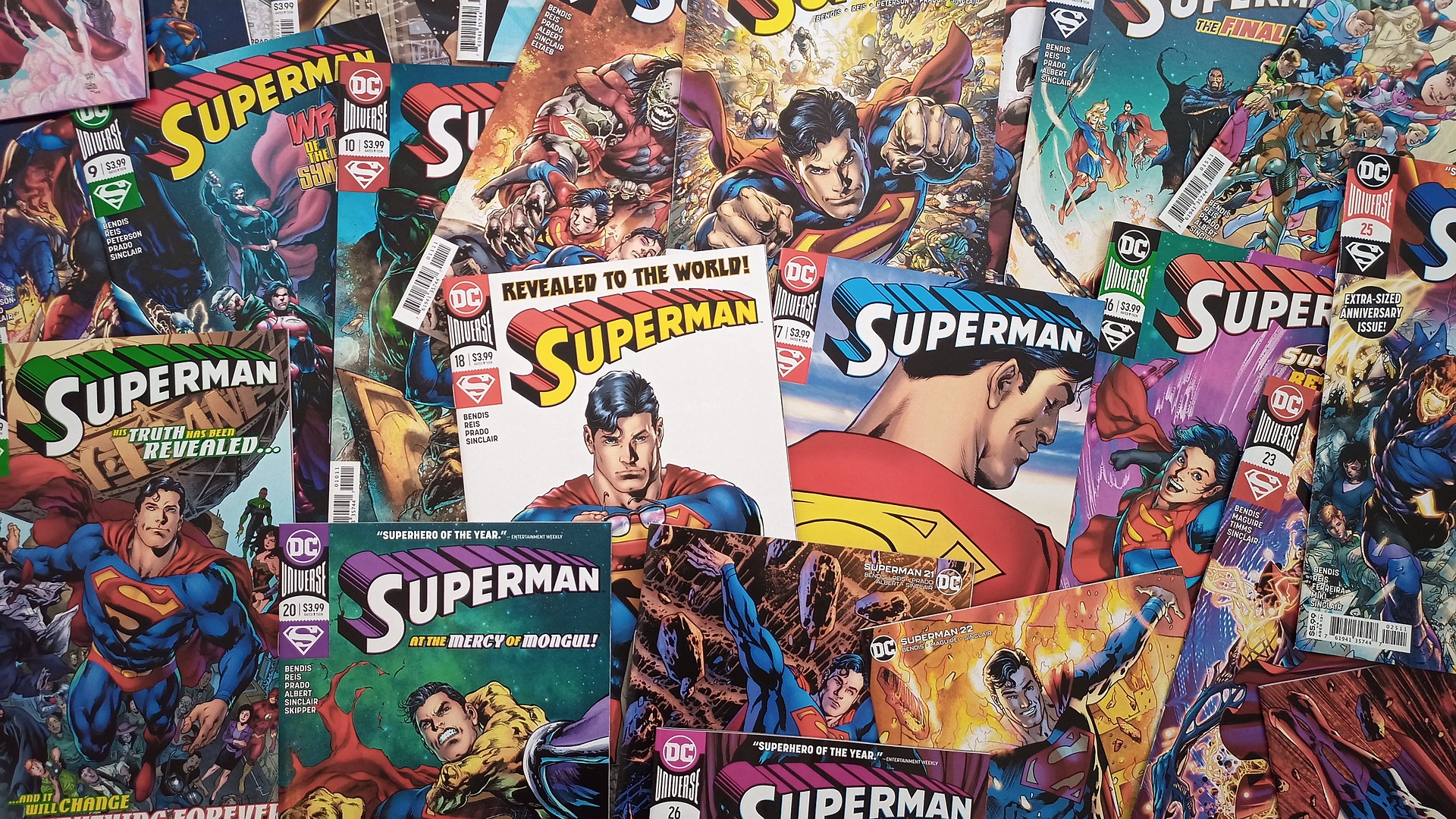 Classical casino is a town that hides a big secret

Superhero fans might notice the town name straightaway as the home of Superman and believe it or not, there is a connection! Located along the Ohio River in southern Illinois, the town is halfway between St. Louis, Missouri, and Nashville, Tennessee.

The venue, which was first named Players Island, opened on the Ohio River in 1994. Harrah’s Entertainment (now known as Caesars) bought the property from Players International in 2000. Fourteen years later the casino moved from the riverboat to the venue’s convention center which installed water bladders underneath the building to comply with the Illinois law that requires casino floors to be over water.

The ownership was transferred to Vici Properties, a real estate investment trust that was formed as a spin-off following Caesars Entertainment Corporation’s bankruptcy, in 2017. The venue continued to operate under Caesars under a lease agreement.

Choose from 600 slots or table game classics, including blackjack, craps, roulette, three-card poker, high card flush, mini-baccarat, ultimate Texas hold ’em, and Mississippi stud poker. Sports bettors will also be delighted to hear that Harrah’s Metropolis has partnered up with Caesars Sportsbook and new players are in for a treat! You can find a promo code worth up to $1,500 further down.

Superhero fans will be excited to hear that DC Comics has declared that the small town of Metropolis is officially the “Home of Superman”. Following the declaration, the company announced its plans to build a theme park, “Amazing World of Superman”, worth $50 million, featuring a massive 200-foot-statue. However, the project was taken down by its kryptonite: the 1973 OPEC oil embargo.

The small town, with a population of just over 6,000 people, is far from the mega-city depicted in the comics. However, the town has used the title to its advantage and tourists will find a plethora of Superman-related attractions in the town.

Several statues, including a 15-foot-tall statue of the Man of Steel as well as a statue of Lois Lane, can be found in Metropolis. Across the street from Superman Square, which is the home to the statue, tourists can find the Super Museum. The museum, which is rocking the superhero’s colors blue, yellow, and red, features a wide collection of rare memorabilia from photographs, figurines, and costumes all the way to old superhero-themed souvenirs such as water bottles and suspenders. The town also holds an annual festival called “the Metropolis Superman Celebration” which has expanded into a three-day event with panel discussions featuring comic artists, a costume contest, a car show, and a road race.

Whether it’s breakfast, lunch, or dinner that you’re after, Bridges got you covered! If meals like braised short rib pappardelle or whiskey-glazed pork chops don’t make your mouth water, we don’t know what will. For those in a hurry to get back to the casino floor, the Riverfront Grill has some quick bites.

Guests have complained that the hotel that is part of the casino is outdated and the service has not been up to their standards.

Visit Harrah’s Metropolis Casino website at www.caesars.com/harrahs-metropolis for more information. You can find a list of the best Illinois online casinos here.