When it comes to casinos in Connecticut, the saying “quality over quantity” makes perfect sense. From the beginning the two casinos in the state have been breaking records and topping awards lists for the best gambling venues. Most recently, the Reader’s Choice Awards from USA Today named The Foxwoods Resort Casino the best gambling spot outside of Las Vegas, while Mohegan Sun was voted the Best Casino Hotel for the fifth year in a row.

The two casinos, both operated on tribal lands, are also the second and third-largest casinos by square footage in the United States.

Located in southeastern Connecticut, there is something majestic about the two buildings of Foxwoods reaching 325 feet up to the sky above the classic New England landscape. The massive, 9,000,000-square-feet resort with its multiple casinos, fifteen restaurants and over 2,200 hotel rooms could be classified as a city itself. About an hour’s drive from both Hartford and New Haven, Foxwoods is the 4th largest casino in the world.

Foxwoods, owned and operated by the Mashantucket Pequot Tribal Nation, was first opened as a high-stakes bingo hall in 1986. With the help of a prominent Chinese Malaysian businessman Lim Goh Tong, the tribe expanded the venue by gradually opening a full casino in the early nineties, introducing table games, additional slot machines and a poker room.

Foxwoods quickly became a phenomenon in the area. By the late 1990s, people from all over the east coast would travel to the legendary casino, creating nearly $1 billion in just slot revenues in 1997. According to the Washington Post, by the end of the 90s, the casino was one of the largest employers in southern New England, as well as one of the largest landowners in the state.

In 2017, the Pequots joined forces with the Mohegans (the tribe who owns the other casino in the state) and formed a joint entity called MMCT with the aim of opening a collaborative casino in East Windsor. The project, which was dubbed Tribal Winds, was called off after years of legal battles and as of now does not seem to be going forward.

With over 344,000 square feet of gambling space divided into four different casino floors, you are sure to find it all at the Foxwoods Casino. Totaling 3,500 slot machines and 250 table games, visitors can choose between the Fox Tower Casino, Grand Pequot Casino, Grand Cedar Casino, and Rainmaker Casino based on their game preferences, where they are staying, or their opinion on smoking on the floor.

Visitors can also join in on a round or two of keno or bingo or check out the latest odds at the new DraftKings CT sports betting bar, which opened following the state’s decision to legalize online gambling and sports betting in March 2021.

Whether you enjoy ziplining, karting, escape rooms, arcade games, shopping, indoor golfing, virtual reality experiences, hiking, bowling, or spending a relaxing day at a spa, you can find it all in Foxwoods. Additionally, on most nights of the week, guests can enjoy a range of live entertainment from music to stand-up comedy. Some top-notch names who have performed at the venue’s many stages include Alice Cooper, Cyndi Lauper, Barry Manilow, Demi Lovato, Heart, Kansas, and Papa Roach – to mention a few!

To put it simply, if you would have to spend the rest of your life under one roof, Foxwoods would be a popular choice.

Whether you are on a budget or looking for something luxurious, Foxwoods has over 30 dining options to cater to any needs from monetary to dietary. Here’s our list of the top picks to visit.

First of all, if you are a great bowler and willing to bet on it, you should head over to the High Rollers Luxury Lanes & Sports Lounge. The twist? On Wednesdays and Thursdays, the venue is offering discounts up to 50% based on how many strikes you get!

David Burke Prime is a must-visit for carnivores who can appreciate an exquisite steak. The restaurant serves cuts of meat that have been dry-aged in their in-house patented dry aging room for 30 to 75 days. And what would be a better companion for that steak than a bottle of wine? The only problem will be choosing only one from the famous 35-foot wine tower with its 800 varietals from across the world.

When it comes to Red Lantern and its 66 red lanterns, one has to wonder whether award-winning designer Peter Niemitz grew up listening to Nena’s “99 Red Balloons”. Whether this is where he drew his inspiration from is unclear but the end result is stunning nonetheless. The Asian restaurant is a perfect spot for a romantic dinner with its dark and cozy atmosphere.

Named “The Most Instagrammed Restaurant in the United States” by Food & Wine Magazine, Sugar Factory is a place to visit for those deep in the social media game. The chain has been endorsed by many class-A celebrities, and the likes of Nick Cannon and Drake are amongst those who have been spotted at the restaurant at Foxwoods.

Visitors have complained about odd and limited opening hours of the cafes and restaurants.

Before heading down, bettors should take advantage of the excellent welcome bonuses available online. You can claim up to $2,000 on the first deposit with DraftKings Casino or if you’re more of a sports betting type, check out DraftKings Sportsbook to get up to a $1,000 deposit bonus (only for new customers).

You can visit their website at www.foxwoods.com for more information. 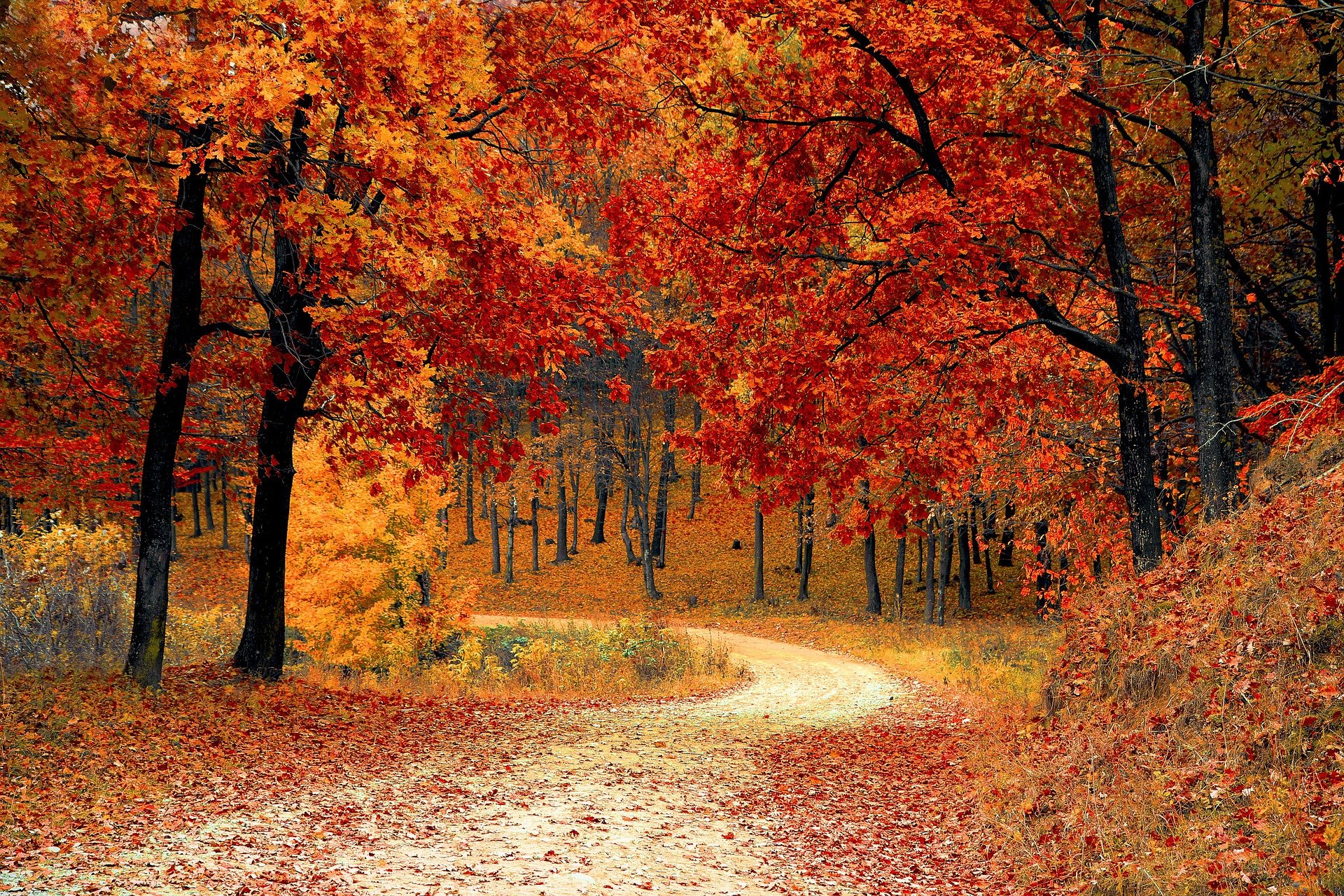 Inspired by nature and tribal lore, the beautiful design only comes second to Mother Earth

Owned and operated by the Mohegan Tribe, the massive entertainment complex is located on the bank of the Thames River in Uncasville, Connecticut. The village, which is part of Montville in the southeastern part of the state, is about an hour’s drive from both Hartford and New Haven.

The venue opened in October 1996, two years after the tribe won their long battle of gaining federal recognition as a sovereign state that allowed them to govern their own affairs and take control of their lands. The casino was an instant success and attracted more visitors than the Statue of Liberty the year following its opening.

Mohegan Sun consists of two different casinos: Casino of the Sky and Casino of the Earth. Totaling 364,000 square feet of gambling space, there are nearly 5,000 slot machines and over 300 table games to try. The games include all the classics from Blackjack, Craps, and Roulette, to more little-known games like Sic Bo.

Covered by a planetarium-like dome ceiling lit up by faux stars and a three-story high, floor-to-ceiling crystal mountain made of alabaster and onyx fused into glass, The Casino of the Sky is simply stunning. In addition to the 119,000 square-foot casino floor (which makes it the smaller one of the two casino floors), guests can admire a 55-foot indoor waterfall and a massive, cobalt blue and silver sculpture made out of blown glass called “River Blue”. Mohegan Sun became one of the largest gambling venues in the world when The Casino of the Sky opened in 2001.

The larger and older one of the two, Casino of the Earth, consists of four areas, each drawing its inspiration from the colors of the four seasons. Non-smokers will be delighted to know that there is an enclosed non-smoking area, the Hall of the Lost Tribes, with 266 slot machines and 33 table games.

Sports and racing fans can make their way to Mohegan Sun FanDuel Sportsbook for live matches and horse racing and place their bets on one of the 39 kiosks or online using the app.

People say that everything’s big in Texas but the same goes for the multipurpose gambling complexes in Connecticut. Located inside the resort, visitors can also find a 10,000-seat Mohegan Sun Arena, which is home to the Connecticut Sun who play in the Eastern Conference of the Women’s National Basketball Association.

Like in most tribal casinos, the symbolism, traditions, and culture of the tribe is visible in the architecture and design. Inspired by nature and tribal lore, everything up to the finest detail represents the world as seen by the Mohegan tribe. With all of the architectural features from colors to shapes representing the four seasons and the four natural elements, the venue is worth a visit simply due to its beauty.

The legends and symbols can be seen everywhere: from the shape of the building, its four entrances representing each season, down to the 13 Mohegan moons woven into the carpeting of the main gaming floor.

The word “Mohegan” can respectively be translated to “People of the Wolf”. As wolves play an integral part in the history and belief system of the tribe, their presence is visible in the casino. Visitors can spot animatronic, life-size wolves standing on top of rocks across the venue, and the entertainment center, which has hosted famous performers such as Blue Öyster Cult, Chubby Checker, and Ludacris, is called the Wolf Den.

Mohegan Sun is home to over 40 different restaurants, ranging from Mediterranean to Mexican. We’ll be mentioning a few of the guests’ favorites here but the full list can be found on the Mohegan Sun website.

If you love seafood, Jasper White’s Summer Shack is a must-visit with its fresh raw bar and locally sourced food. The New England-style restaurant serves oysters, lobster, clams, and other seafood, but those who are not keen on frutti di mare can also find steaks and burgers on the menu.

Mouth-watering wagyu and juicy filet mignons can be found at Michael Jordan’s Steak House. Those who want to enjoy the beautiful indoor waterfall can head over to Todd English’s Tuscany for Italian cuisine.

If you’re just looking for a drink, Comix Roadhouse is the perfect spot with 30 drinks on tap. Working with multiple local breweries, as well as national companies, guests can always find something new to introduce to their taste buds. For example, in the fall of 2022, you could try a Pumpkin Spice Latte Coffee Milk Stout or a Peanut Butter Shot! For food, they offer Texas-style meals like burgers, fried chicken, and pulled pork.

Guests have complained about high minimum buy-in prices and lack of signage and guidance inside the huge complex.

If you want to check out what Mohegan Sun has to offer online, head over to our casino review to get the latest information and exclusive offers up to $1,000. You can the Mohegan Sub website at www.mohegansun.com for more information.