Home > About us > Blog > Who Are Formula One’s Social Media Winners And Losers?

Who Are Formula One’s Social Media Winners and Losers? 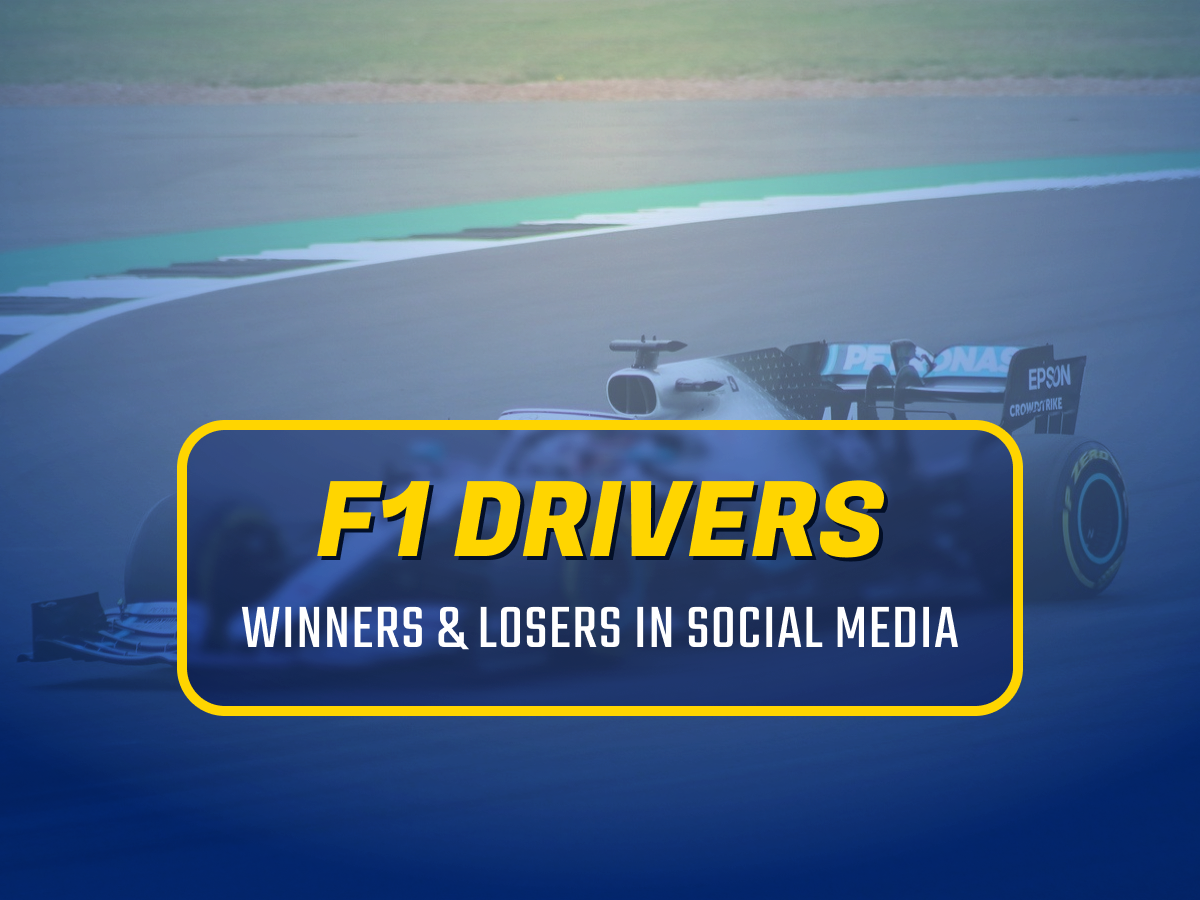 Drive to Survive: Find Out Which F1 Drivers Had the Highest Increase of Social Media Followers Since the Start of Popular Netflix Series

In light of the recent launch of the fourth season of Formula 1: Drive to Survive on Netflix, the popular documentary series has been under scrutiny by some high-profile drivers and as a result, has gained a lot of attention publicly. However, it’s apparent that some drivers have benefited more from the exposure of the show than others since it first aired on the much-loved streaming platform, which makes you wonder, who are the social media winners and losers?

To gain more insight, we at BonusFinder investigated the impact of Netflix’s ‘Formula 1: Drive to Survive’ on the social media popularity of drivers. The data collected includes each driver’s total Twitter and Instagram follower counts but the drivers were ranked based on the percentage of follower increase as opposed to total follower count.

If you are a huge Formula 1 fan then you would know the large success that the first season of Drive to Survive enjoyed when it first aired in 2018 with a massive 88% success rate on Rotten Tomatoes. However, that has taken a very drastic turn as season four has not gotten off to a good start with a miserable 16% rating on Rotten Tomatoes – but with the drastic change in ratings, how have the drivers fared on Social Media? Well, let’s take a closer look…

10. Nico Hulkenberg – The German-born racing driver, Nico Hulkenberg, takes the crown for the ultimate social media loser after obtaining the least amount of increase in total (16.30%). Coming in 15th place in the 2020 Formula 1 season Hulkenberg only managed an increase of 26.08% on Twitter and a measly 8.84% on Instagram. Though in all fairness, he hasn’t had a full time seat since 2019, and in 2020 he spent most of his time as a reserve only to be summoned as a replacement after a driver submitted a positive test.

9. Lewis Hamilton – Shockingly, although Hamilton had the highest number of followers in total with an astronomical 34m followers across Twitter and Instagram, this only translated to a 61.73% gain overall. Hamilton gained just over 1.3m followers on Twitter (23.65%) since March 2020 and racked up a whopping 11.8m increase in followers (75.79%) on Instagram yet he still ranked 15th on the list.

8. Mike Schumacher – Though following in the footsteps of his father, Micheal Schumacher, (the former seven-time world champion Formula 1 driver) Mike Schumacher’s social media doesn’t quite cut it. As a rookie, the F1 driver made his first appearance in the 2021 season and gained a total of 97.35% increase across both social media platforms. Though it is notable to mention that he had a decent increase on Instagram with over 1.4m followers (130.65%) when compared to an increase of only 24.95% on Twitter.

7. Charles Leclerc – The uncontested winner of the 2022 Bahrain Grand Prix, Leclerc received a 105.95% total increase across his social media accounts. The Monegasque has accumulated over 1m new followers (193.01%) on Twitter since March 2020 and a decent increase of over 3m followers (91.96%) on Instagram.

6. Sergio Perez – With a total increase of 109.23%, the 32-year-old Mexican driver received a 42.78% increase on Twitter and a massive 249.43% increase on Instagram, making him the second most supported Formula 1 driver of the past 2 years.

5. Max Verstappen – The notorious Dutch comes in fifth place, well known for his notorious rivalry with the seven-time world champion Lewis Hamilton. From his first appearance on the show in 2018 were placed in fourth place, Verstappen has come a long way, achieving first place in the 2021 Grand Prix finale. Though there were a lot of controversies that surrounded this event which led the 24-year-old to feel ‘manipulated’ by the popular Netflix series, it comes as no surprise that Verstappen earned himself a comfortable 10.7m (141.70%) new followers across Twitter and Instagram. His Twitter followers increased by 119.83% with over 1.4m new followers. Whilst his Instagram racked up a massive 4.9m follower increase (149.74%) having doubled since April 2021.

4. Pierre Gasly – The Alpha Tauri driver who escaped fire during this year’s Grand Prix when a horrifying crash caused him to flee the scene, takes fourth place with a total of 3.8m (143.50%) followers across Twitter and Instagram. Gasly also takes second place for the highest increase in Twitter followers (294.44%) as well as having over 1.5m new followers (114.82%) on Instagram.

3. Lando Norris – The natural-born influencer, Norris takes bronze with a 212.64% total increase. The British-Belgian racing driver who streamed his online gaming during the pandemic, managed to accumulate over 1m increase in Twitter followers (153.52% increase) and over 3m new followers on Instagram since March 2020, making him the third-highest increase for Instagram (240.35%).

2. Lance Stroll – Having made a slight increase from 18th place on his first appearance on the show to 13th place in 2021, the Aston Martin Aramco Mercedes driver gained the second-highest total increase on social media (263.52%) with a total increase of over 1m followers.

1. George Russell – There is no doubt that the 24-year-old driver benefited the most from the Netflix series’ exposure. Although coming in 15th place in last year’s World Championship with Williams, before his move to Mercedes, the Brit has gained over 1.1M followers on Twitter since his first appearance on the show, thus seeing an astonishing 692.34% increase, miles ahead of all the other drivers. Russell gained 2.5m, new followers, on Instagram (423.72%) Making him the overall social media winner with a combined total of 4.4m followers on Twitter and Instagram making that a total increase of 481.37%.

With a larger debate surrounding the show creating “false rivalries” and world champion Verstappen deciding not to take part in season five – It poses the question, will there be another season?