Home > About us > Blog > Which NHL Team Has Fought The Most In The Last Four Years?

Which NHL Team Has Fought The Most In the Last Four Years? 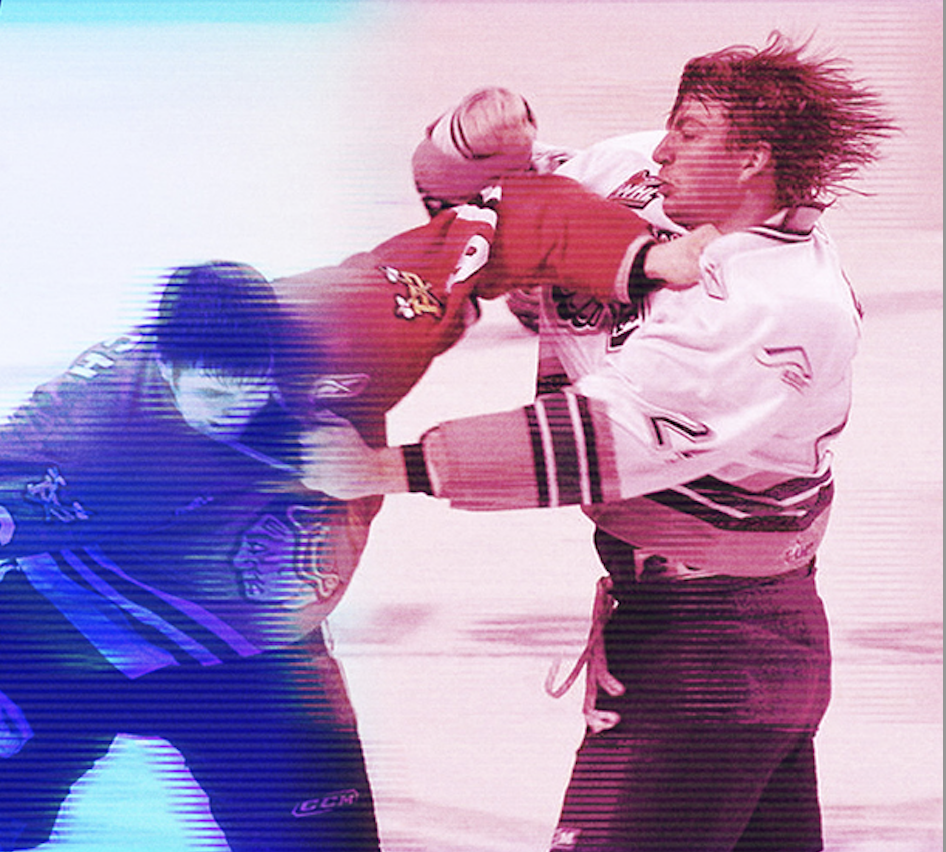 Fighting is a well-known occurrence in ice hockey, to the point where some people attend the games just to see the players pounce on each other. Why do hockey players fight so much? Some may not realise that hockey fights can be a premeditated part of a game. They can be purposefully used to intimidate the other team, stop them from breaking the rules, or boost the team’s confidence. Fighting in NHL games doesn’t necessarily lead to players being ejected, as there are unspoken hockey fight rules at play.

Having said that, fighting isn’t always pre-planned and it won’t always have the intended consequences, so players do incur penalties if they go too far. Even though a certain level of fighting is tolerated and occasionally celebrated, the allowance of aggression on the ice can give angry players the go-ahead to commit more violence than is necessary.

We researched which NHL team fought the most

To find out more about this phenomenon in recent years, BonusFinder has analysed the stats to figure out which NHL teams and players were the most aggressive and partook in the most fights. We collected data from NHL.com and hockeyfights.com and compiled the results. This shows us which teams and players loved fighting the most, from 2018 to January 2022.

For the teams we looked at minor and major penalties received, and their total penalty minutes (PIM). Ranking them by major penalties, which are given for dangerous fouls and fighting.

The most and least aggressive teams

Our infographic lists the complete ranking of NHL teams, their fights, and the penalties they were given. The top five teams were the Anaheim Ducks, the New York Rangers, the Florida Panthers, the Boston Bruins, and the Nashville Predators. The bottom three were the Toronto Maple Leafs, the Carolina Hurricanes, and the Seattle Kraken (who haven’t had much time to fight yet, to be fair). We have also put together a list of specific player stats and honorable mentions, so if you’re a new player wagering your Maryland sports betting bonuses, you might want to use this stats to find edges for your sports betting.

So, why do hockey players fight? Is it true that violence is a useful tactic for teams within a game? Well, Boston Bruins, who were known as the ‘Big Bad Bruins’ in the 70s, reached the playoffs in every season we looked at, whilst also keeping a spot in the top 10 fight-starters. Tampa Bay Lightning, seventh in our calculations, have been the Stanley Cup Champions for the last two years (2020/21 and 2019/20), so it does seem like well-performing teams also like to fight.

On the other hand, the teams that were least likely to start a fight on the ice haven’t all performed terribly. The Vegas Knights made it to the playoffs for the past four seasons, yet they’re number 28 out of 32 in our list of aggressiveness. The Washington Capitals and St Louis Blues are tenth and 23rd in our rankings respectively, and despite the difference in the number of fights they’ve had, they have both won the Stanley Cup in recent years.

It could be that fighting doesn’t really have any correlation with winning, or maybe it’s best for teams to be a little bit fiery, but not so much that it gives them too many penalties to overcome.

NHL players who love to fight

When it comes to specific players, we uncovered some notable mentions in our research. Panthers’ Michael Haley is our ‘One Season Wonder’, fighting over 22 times in the 2017/18 season alone. Brandan Lemieux was the most consistent player, landing in the top ten in the past three seasons we analysed. Finally, Wild’s Marcus Foligno wins our ‘Family Values’ recognition, his father, Mike Foligno, received over 2000 penalty minutes in this career, and it seems that the young Foligno may be following in his fathers footsteps, building on his own penalty stat line.

So far this season, Coyotes’ Liam O’Brien, and Predators’ Mark Borowiecki and Tanner Jeannot have the top spots for having started the most fights. Borowiecki has been nicknamed ‘Boro Cop’ by his teammates and fans due to his physical nature. While playing with the Ottawa Senators from 2011 to 2020, Borowiecki was served a number of penalties for his violent behaviour and illegal acts during games and was suspended from games more than once, so it’s not too surprising he’s still at the top of our list.

Although we’ve put together the past four seasons in our rankings, it’s also worth comparing the years individually to see how the trends are changing. For example, 2017/18 had many more fights than the last three seasons of hockey, while the 2018/19 season’s number of fights were the lowest they’d ever been.

To go further back, there were 117 recorded fights started by a single team in 2002, whereas our highest number of fights over the past four seasons was 49. While there are many who would like to see the sport become less violent, there are plenty of fans and players who believe in the necessity for fighting within hockey. So, what could be the reason for the decline in fights?

Firstly, the 2020/21 season was shorter than average, due to changing policies and circumstances around the pandemic, which will of course mean that less fights were possible. However, there have also been rule changes in the sport itself, with lower leagues adopting low-tolerance policies towards fighting. There is also a lot of discussion happening across sport industries about their concussion and injury protocols–the NHL’s Department of Player Safety has given players fines for dangerous conduct and suspended repeat offenders from games. This may have led to a decline in outbursts, as these may have frustrating consequences for the teams involved.

Any fight that begins as a routine to scare off another player can easily lead into more serious violence and injury, even if it’s unintended. These instances will be taken seriously and punished, despite those who argue the value of intimidation and team-morale building.

The only way to tell whether hockey fights continue to be such a big part of the sport is to keep watching. Even when fewer fights are happening, there’s always plenty of action on the ice to get excited by.