Home > About us > Blog > Actors Who Do More Than Act: Which Hollywood Stars Slay At The Poker Table?

Hollywood Stars That Dominate the Box Office and Poker Table 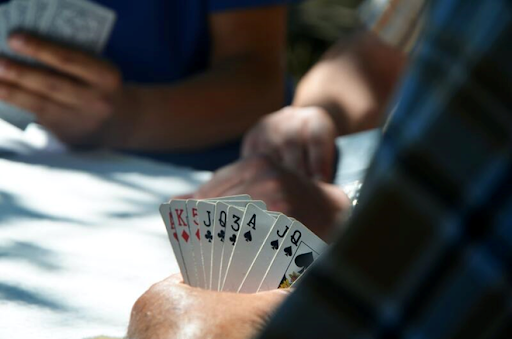 Many of the world’s best actors have turned to poker in recent years. From Matt Damon and Ben Affleck to Kevin Hart, Brad Garrett, and Jason Alexander, Hollywood’s finest love to ante up. The obvious reason they’ve taken up poker is that it’s a great game. We’d also posit the notion that, because they’re actors, they’re great at disguising the true value of their hands.

However, being talented at a convincing poker face isn’t the only reason that actors turn to the game. Yes, poker players share lots of similar attributes to actors, but there are also a lot of other more specific skills that have to be finessed in order to become successful as a poker player. Indeed, when you compare poker to other casino games such as slots and live roulette, there are a lot more variables to consider.

The following actors understand the difference between casino games and poker. We’ve got no doubt they’ve used their acting skills to gain an advantage at the felt. However, in each case, they’ve also mastered other important skills that have allowed them to become successful poker players. Let’s find out what they are.

First on the list, we have Tobey Maguire. Maguire may be one of the most feared poker players in Hollywood. When he’s not hanging from gossamer threads or spruced up in period costumes on film sets, he’s mixing it up in celebrity-filled cash games. If you’ve never seen the poker movie Molly’s Game, Maguire is one of the main subjects. He’s known as one of the biggest winners in these private games, but it’s not solely his acting skills that have helped to contribute towards his major success.
According to Molly Bloom, former host of those big games, Maguire was a ruthless player who could even be a little mean at times. Adopting a hostile persona at the poker table might not win you any friends but it can win you pots. Why?

Firstly, you have to have a complete lack of mercy or remorse when it comes to bluffing. Timing matters, but your ultimate aim is to exploit weaknesses in an opponent. To do that effectively, you can’t have any fear of going broke. You have to throw yourself in wholeheartedly to ensure that there’s not even a whiff of vulnerability about you.

Secondly, being ruthless makes you unlikeable. That’s a positive attribute to have because poker is as much about understanding your own image as it is about reading others’ images. If you know that people think you’re aggressive, you can flip the script and play tight. If they fail to see the switch and assume you’re always aggressive, you’ll win. Maguire’s strategy and persona allow him to do this better than most, which is probably why he’s one of Hollywood’s biggest winners.

Second up on our list is actress Jennifer Tilly. We know that Tilly started out in films like Liar Liar, however today, there’s no doubt she’s known as more of a poker player. Of course, she’s still active in Hollywood and doing voiceovers for animated shows, but without a doubt, when it comes to her regular routine, poker is pretty much top of the agenda. Why?

Well, for starters, she’s married to professional poker player Phil Laak. His influence on her game has been significant over the last two decades. When she first started, Tilly played her good hands and folded the weak ones. That’s standard ABC poker. 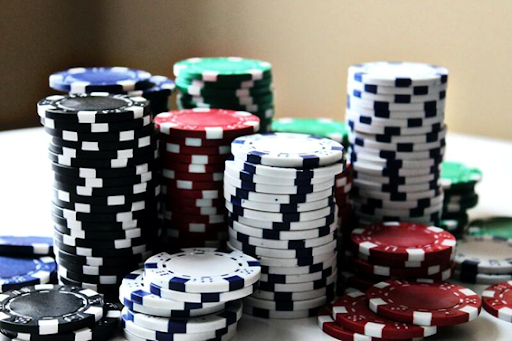 Nevertheless, she was easily pressured and could be made to fold or make mistakes in a lot of spots. Fortunately, after years of talking poker with Laak, she’s mastered the nuances of value ranges, bluffing frequencies, implied odds, and more.

Tilly now has a WSOP bracelet to her name and there’s no doubt she uses her assets and status as a recognisable starlet to bamboozle amateurs. She’s also stubborn against strong players, refusing to pander in situations where most would back down. That’s a hugely advantageous skill in poker, particularly when you’re playing against aggressive players. What’s more, it’s allowed her to continue playing a fairly standard range (for example, playing strong to fair hands) whilst holding her own in high stakes games.

Our final actor/poker player is Gabe Kaplan. Now, it’s understandable that some readers might not be as familiar with our final celebrity poker player as his career was established many moons ago by his role in a hit sitcom called Welcome Back, Kotter, in which he played a wisecracking tutor. The show ran for four seasons in the 1970s and made Kaplan a household name. Nonetheless, his accolade for that role isn’t why he’s been featured in this list.

During his time in the spotlight, Kaplan found poker. In fact, he found it in a big way. He began rubbing shoulders with the likes of Doyle Brunson in Las Vegas and it seems that, despite his deceptively jovial exterior, Kaplan is always taking in information.

Like many traditional players, Kaplan is a firm believer in reading his opponents’ facial expressions and body language. There’s no doubt his acting career has made him more sensitive to the facades that people are likely to put on during times of stress.

This ability to read people landed Kaplan the commentary gig on High Stakes Poker, which went on to cement his status within the poker community and, in turn, gave him more ways to learn about tells. Today, he not only understands the images his opponents are putting out but his own. He’s even learned to use his own image against the best in the world like Tom Dwan.