NEW: DraftKings NFL Offer - Bet $5 Win $200
Home > About us > Blog > Understanding Representation And Attitudes Towards The LGTBQIA+ Community In US Professional Sports Teams

It’s no secret that professional athletes face a huge amount of pressure from their peers, fans, and the media. But for marginalized groups such as the LGBTQIA+ community, how does this impact them?

Our latest report combines historical and attitudinal research to better understand representation and fan sentiment towards LGBTQIA+ players in five of the largest professional team sports in the US: NFL, NBA, NHL, MLS and MLB.

The research, designed in consultation with LGBTQIA+ charity LGBT HERO, found that nearly one in five (17%) American sport fans* think professional athletes should hide their sexuality or gender identity. When it comes to why, 41% of fans state it is not relevant to the game. Coupled with the fact there is currently only one* openly LGBTQIA+ athlete registered with a top-level franchise in the five major team sports suggests there is work to be done in the industry. 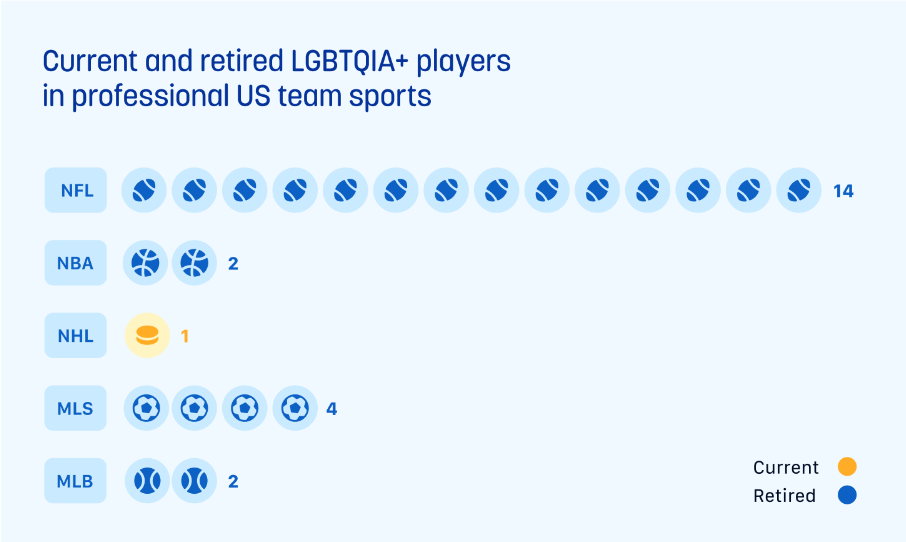 It’s revealed that residents in Indiana are the least accepting towards athletes revealing they’re part of the LGBTQIA+ community, with almost one in three (29%) fans believing athletes should not be open about their gender or sexuality. 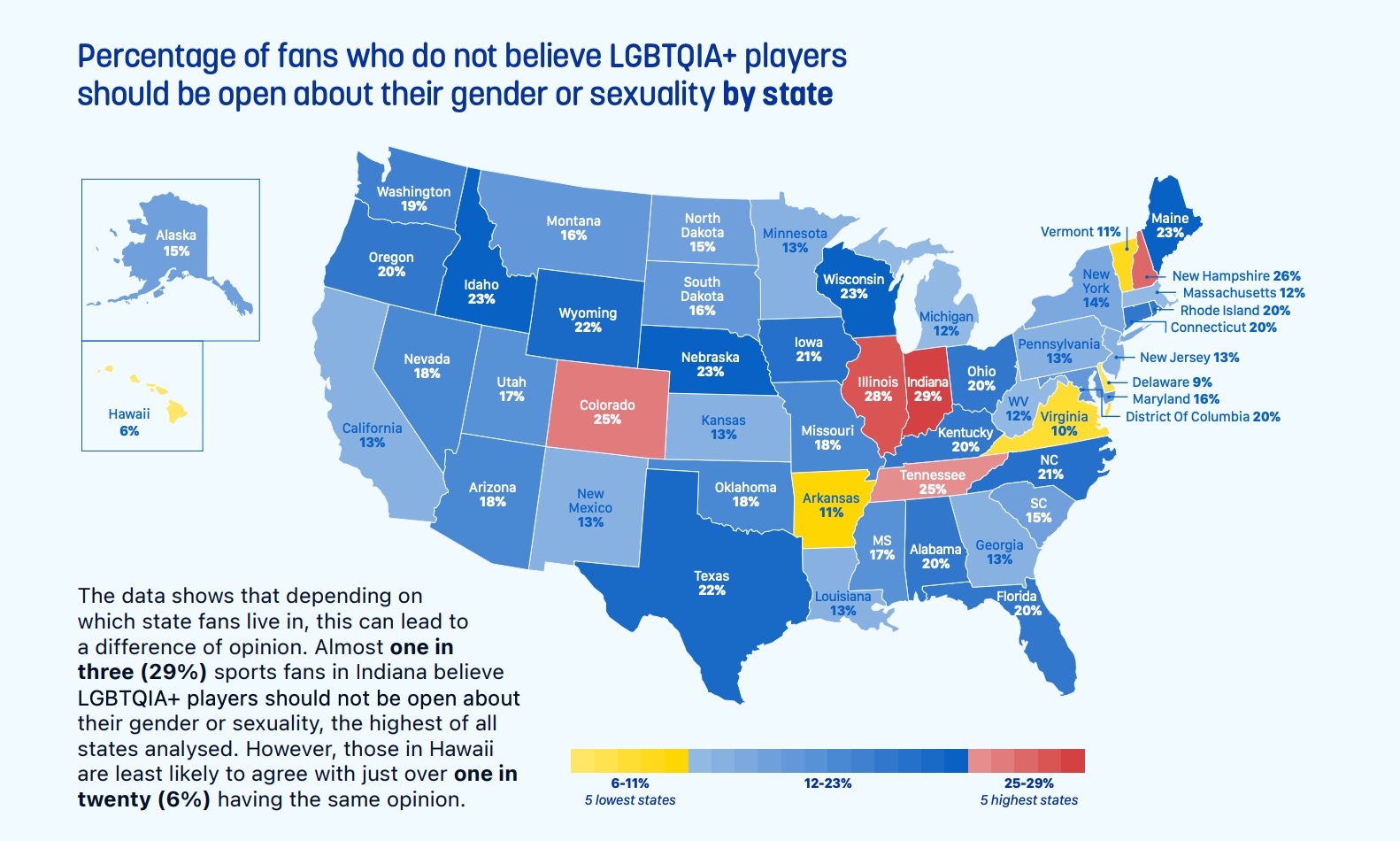 Over half (54%) of sports fans said they believe spectators would chant abuse towards an athlete of the LGBTQIA+ community. However, almost one in five (17%) sports fans say they’d confront those chanting abuse and defend athletes if they are subject to homophobic or transphobic abuse.

Despite over one in five (22%) sports fans saying they won’t support teams with LGBTQIA+ athletes, as it goes against their beliefs – almost a third of fans (30%) said sports teams need further education on the topic. Over one in four (26%) say the governing bodies of each of the five major US sports should be doing more to protect LGBTQIA+ athletes.

Maryland native Soccer player for San Diego Loyal, Collin Martin, who came out as gay in 2018, commented: “Looking back at when I came out, there was never a pinnacle moment when I had to tell the whole team or sit anyone down. I was lucky that there were no issues and I felt completely supported. This should be the same for everyone regardless of their gender, sexuality, or any other background – there should be no judgement on or off the pitch.

“I’ve said before that sport is this great place where we can express ourselves, play, enjoy exercise and make friends, all while feeling accepted and included. We should allow everyone to be their true selves. The findings in this report show that there is still work to be done to ensure the LGBTQIA+ community is accepted by all industries, especially US sports.”

1 – Research by Censuswide, surveying 3056 general consumers in the US, with a minimum of 50 respondents per state, June 2022
2 – Desk research conducted by BonusFinder, June 2022 using the following sources: