From college to professional sports, Ohioans are proud supporters of the many world-famous teams that represent the state. The three most populated cities, Cleveland, Cincinnati, and Columbus, are home to some of the country’s best teams in football, baseball, basketball, soccer, and ice hockey. 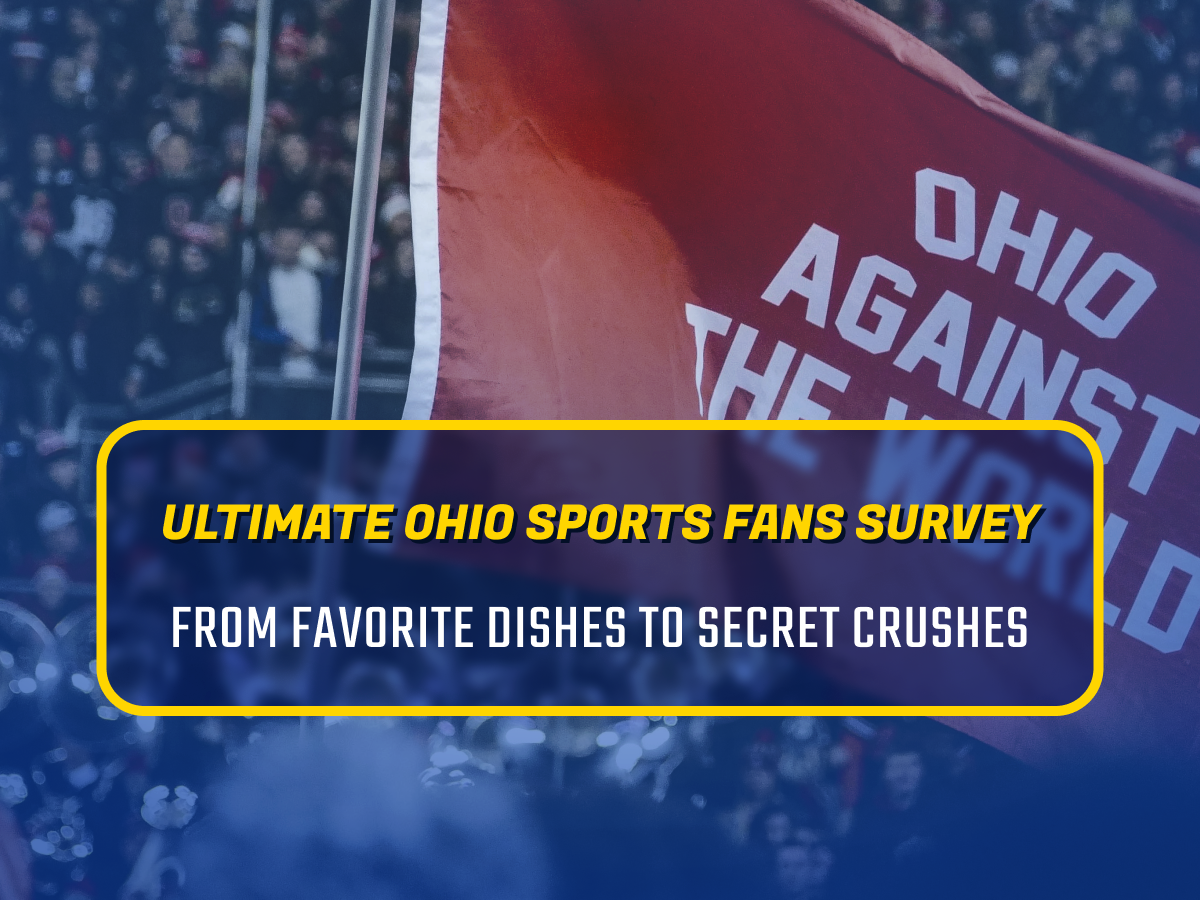 Historically speaking, the Buckeye state has also left its mark on many sports. The first fully professional baseball team, the Cincinnati Red Stockings, was founded in Ohio in 1869, while the NFL’s direct predecessor, the Ohio League, was founded in the early-20th century.

Buckle up as Ohioans reveal whether they would skip Christmas with the in-laws to watch a game, which players made it to the final baby name list, and much more! 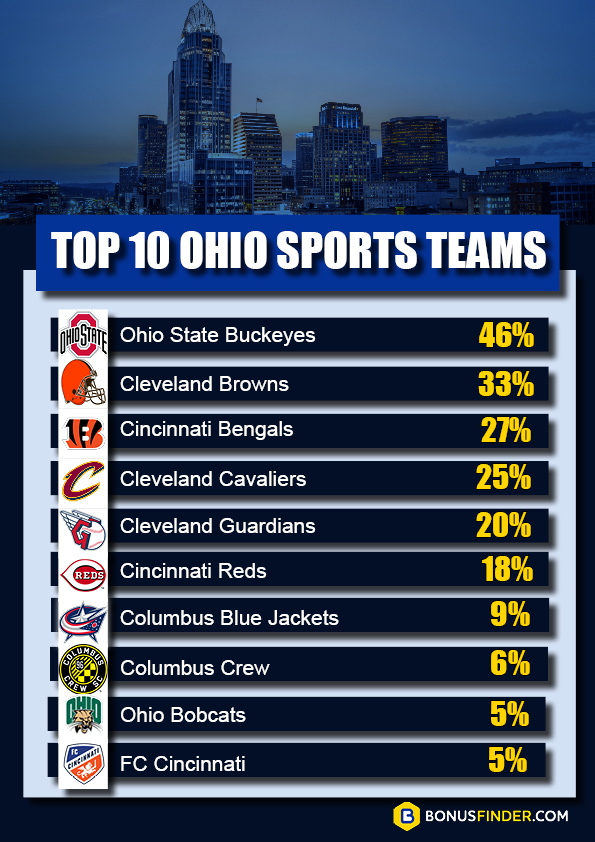 As the home of the Pro Football Hall of Fame, it doesn’t come as a surprise that the state’s three main football teams – the Ohio State Buckeyes, the Cleveland Browns, and the Cincinnati Bengals – make up the Top 3 of Ohioans’ favorite teams.

Not only is Ohio one of the four states that have more than one NFL team, the Buckeye state is also home to one of the best college football programs in the country.

Living up to their name, the Buckeyes voted both their namesake team and dish (peanut butter fudge dipped in chocolate!) as their absolute favorites. 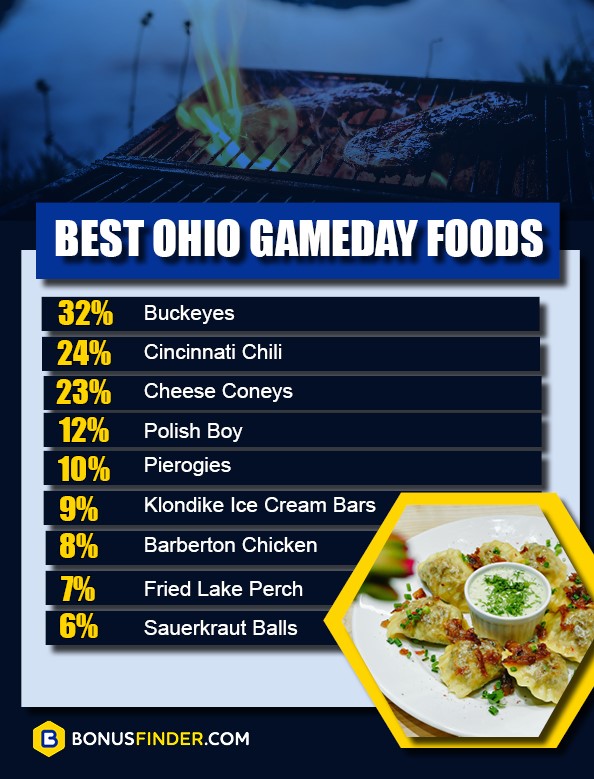 When asked about the greatest Ohio sportsperson of all time, more than a third (36%) of the voters backed LeBron James. Sharing the second-place, 16 percent of the votes went to the all-time MLB hit leader Pete Rose and track legend Jesse Owens, who, despite being born in Alabama, grew up in Ohio and is considered by Ohioans to be one of their own.

They were followed closely by Steph Curry (12%) and Ken Griffey Jr. (11%). The latter’s father, Ken Griffey Sr, moved his family to Ohio after joining the Cincinnati Reds when Griffin Jr. was three years old, thus making him an Ohioan. 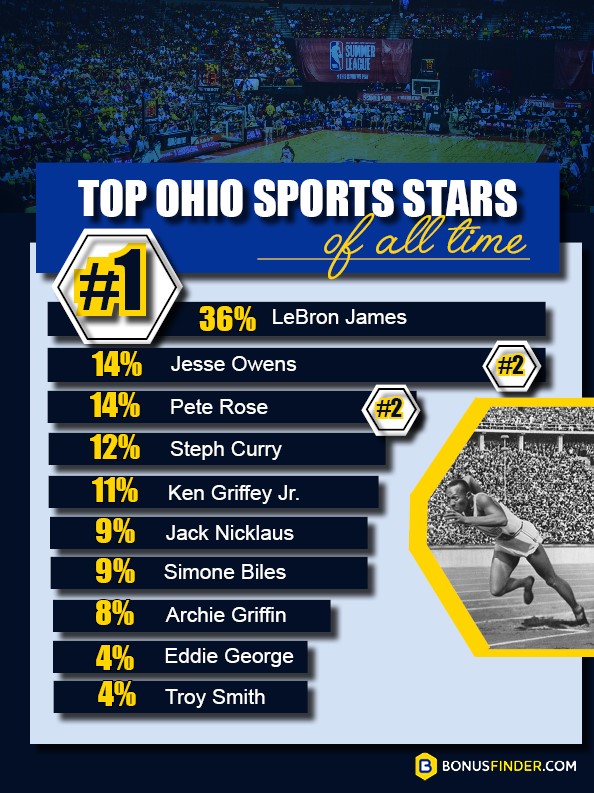 However, when asked for the Greatest of All Time on a global level, James came in third, after fellow basketball player Michael Jordan (29%) and legendary baseball player Babe Ruth (21%), securing 20 percent of the votes.

In addition, Ohioans declared LeBron the most attractive sports star (17%), followed by the Cincinnati Bengals’ Joe Burrow and Akron-born Steph Curry, who both got 16 percent of the votes.

The basketball legend also featured high on the baby name list, with 10% of Ohioans saying that they would consider naming their child after him. While there might be different reasons behind this, it should also be mentioned that voters found him to be the most likely player that their partner would leave them for if given a chance.

Considering this, it may be advisable to think twice if your partner suggests naming your offspring LeBron Jr. 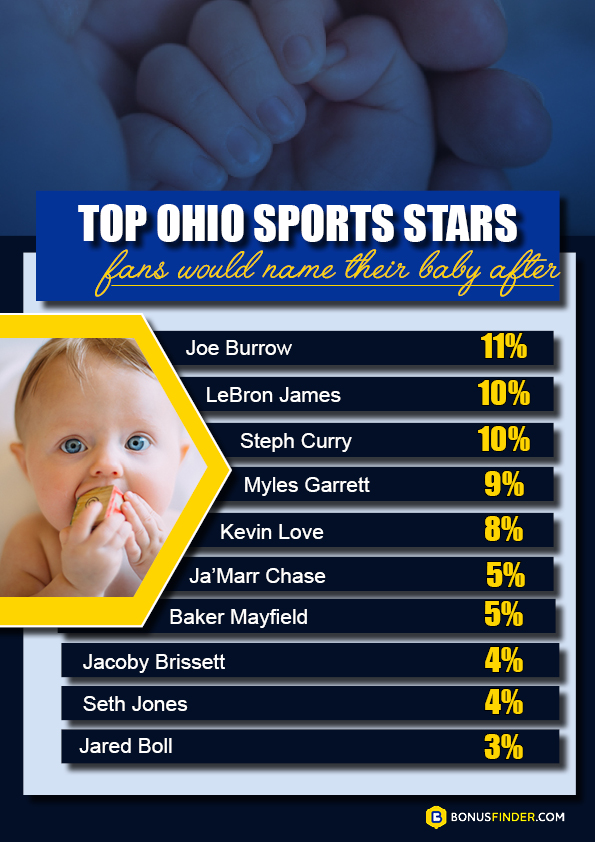 Sometimes love can be fleeting but the hatred for your archrival runs much deeper. Therefore, it is not surprising that the Browns and Bengals’ rivals Pittsburgh Steelers (19%) and Ohio State’s nemesis Michigan Wolverines (17%) are topping the list of most hated teams in Ohio.

The Browns-Steelers rivalry goes back to 1950, while ever since 1970, the Bengals have played the Steelers twice a year. However, Ohio State’s rivalry with the Wolverines dates back over a century! For generations, The Game (as it’s widely called) has captivated not only the supporters of the participating team but the whole nation. It has even been ranked the greatest North American sports rivalry of all time by ESPN! 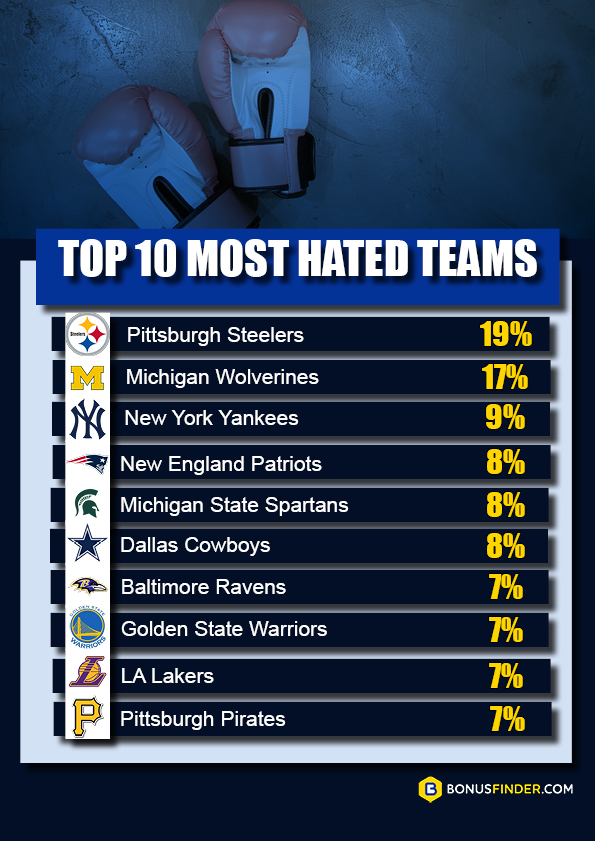 What Are The Fans Willing to Give Up to Win?

We asked Ohio fans what they would be willing to do if it meant their favorite team would win the most prestigious trophy of their sport (the Super Bowl, World Series, Stanley Cup, NBA Finals) and the answers were mixed.

While the most dedicated fans would even call it quits with their wife or husband (2%) or tattoo their ex’s name on a visible part of their body (4%), most fans aren’t ready to go to these lengths.

More than 1 in 10 (14%) of respondents said that they would be open to getting a permanent tattoo and 8% would be ready to shave their heads. While 6% would be willing to even shave off their eyebrows or shave off their partners hair. 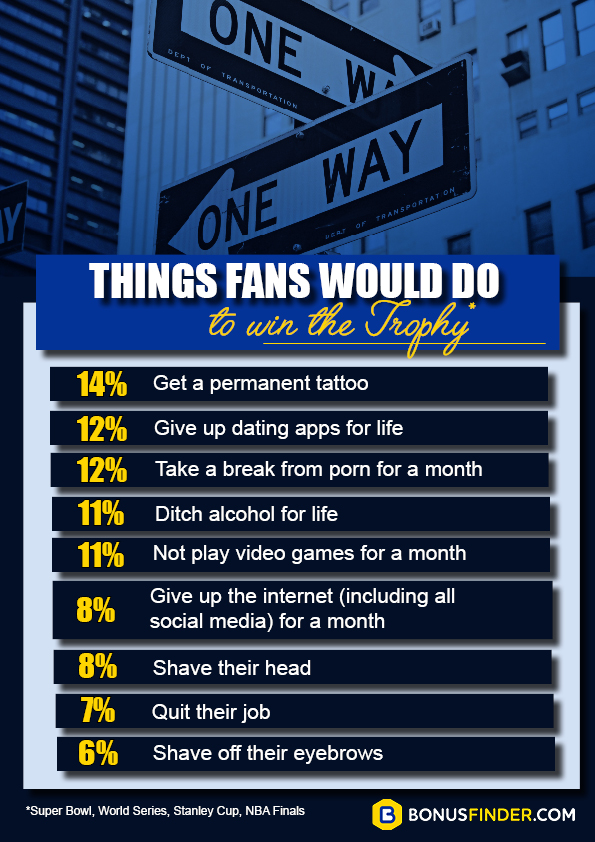 Nearly 1 in 5 (19%) said that it is more important to them that their partner supports the same team than that they share the same political or religious beliefs. Interestingly this was favored more by Ohioan men with 25% of males taking this stance compared to 17% of women from the state.

When it comes to seeing family on Christmas, we all know that things can get a little uncomfortable at times.

Our research found that nearly one in four (22%) of Ohio fans would skip Christmas with the in-laws to watch a game, while 16% would cancel on their own family! 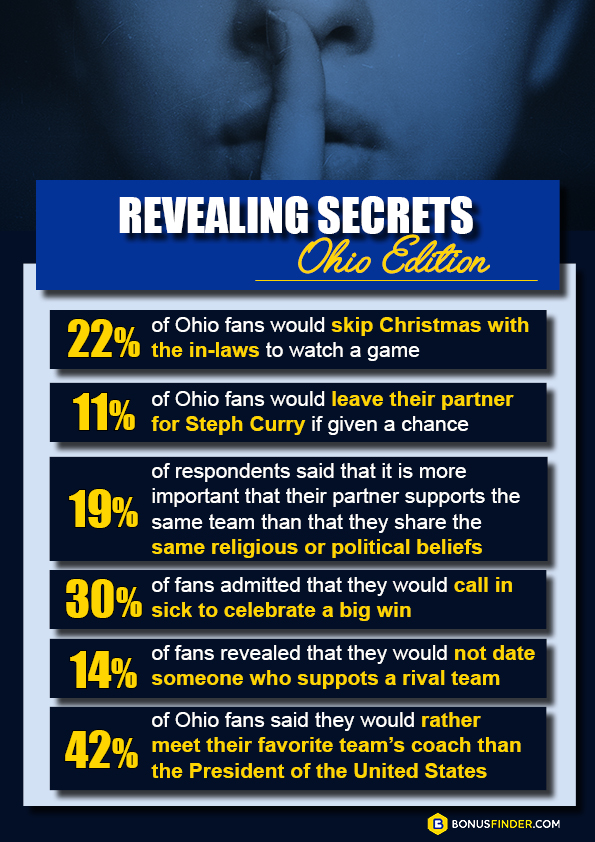 1,001 Ohio sports fans were surveyed asking questions around who their favorite athletes are, team preferences and gameday behaviors. The respondents were split by age, gender, Ohio city and income.