NFL Survey Series #2 - Which Team Has the Worst Fans? 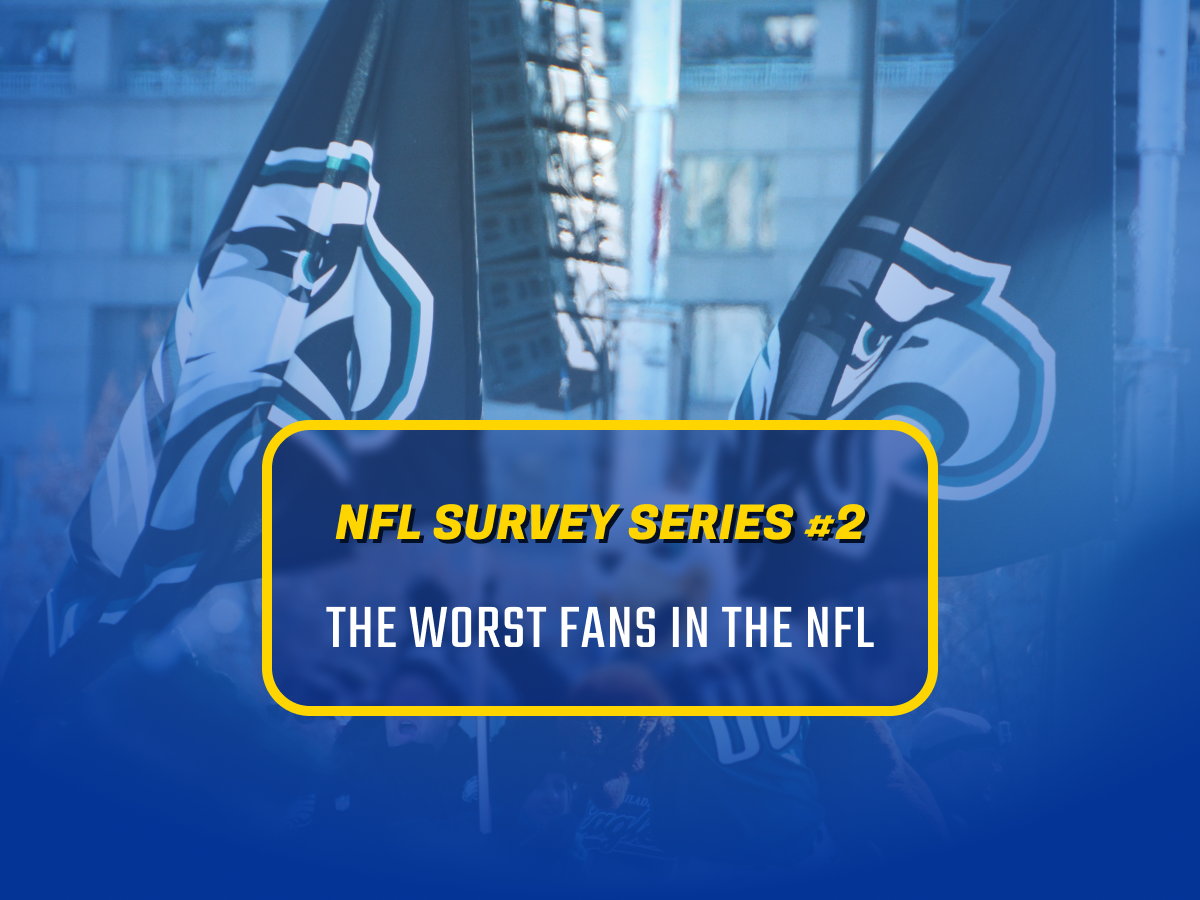 Eagles fans officially ‘the worst’ in the whole of the NFL, survey finds

Fans of the Philadelphia Eagles have been named the most annoying in the whole of football, a BonusFinder survey has found.

The team surveyed over 1,000 NFL fans and simply asked them the age-old question: which team had the “most annoying” fans?

Unsurprisingly, these results echo the sentiments shared by many NFL fans over the years, with Eagles supporters’ landing the number one spot by quite a large margin.

Known for their rowdy behavior inside and outside of stadiums, who could forget their infamous throwing of snowballs at Santa Claus, or their slightly odd tradition of throwing batteries when they win.

Almost 12% of respondents voted for the currently undefeated birds, way ahead of second placed Green Bay Packers (7%) and ‘America’s Team’, the Dallas Cowboys in third.

After a solid start to their season, it’s safe to say that fans of ‘The Iggles’ are probably even more full of their well-renowned bullish confidence.

Despite a relatively routine schedule so far compared to other teams, Philadelphia has seen their Super Bowl odds more than HALF since September, with the likes of Jalen Hurts, DaVonta Smith and the off-season big ticket addition AJ Brown all impressing.

Divisional rivals Dallas Cowboys often feature at the top of this particular list. However, with injuries to Dak Prescott earlier in the season and a generally weaker roster over recent years, their fans’ have certainly quietened down a little compared to 10 years ago. 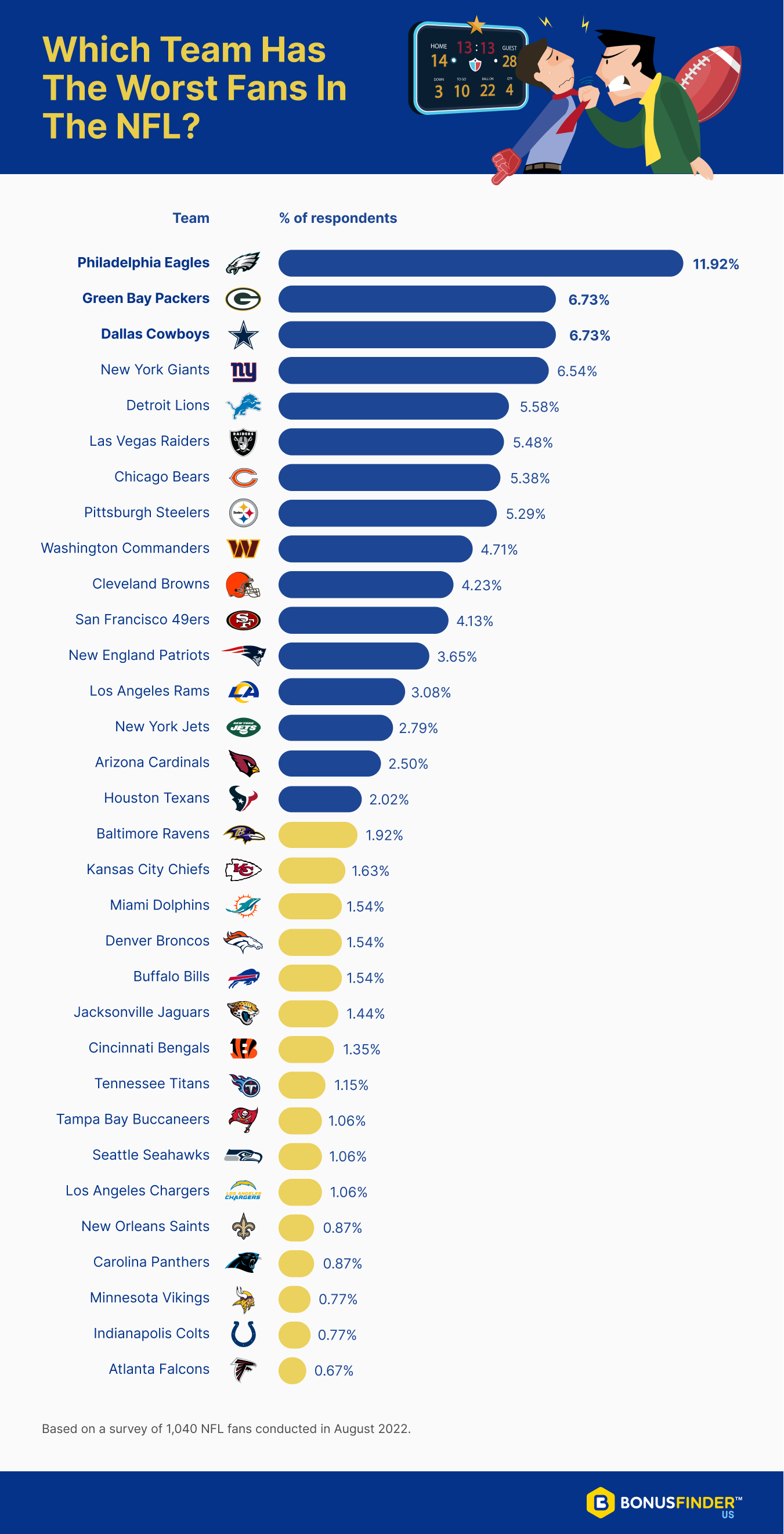 Elsewhere in the NFC East, Washington Commanders fans rank as the 9th most annoying in the league, while Cleveland Browns round out the top 10 with just over 4% of respondents thinking they’re the most irritating.

At the bottom end of the table, the Atlanta Falcons are the least annoying, with only 0.77% selecting Arthur Smith’s team.

After a modest start to the season, it’s likely that supporters of other franchises don’t see them as too much of a threat right now.

Methodology: 1040 NFL Fans were surveyed in August 2022. Fans could select just one team to the question “Who are the most annoying fans in the NFL?”.